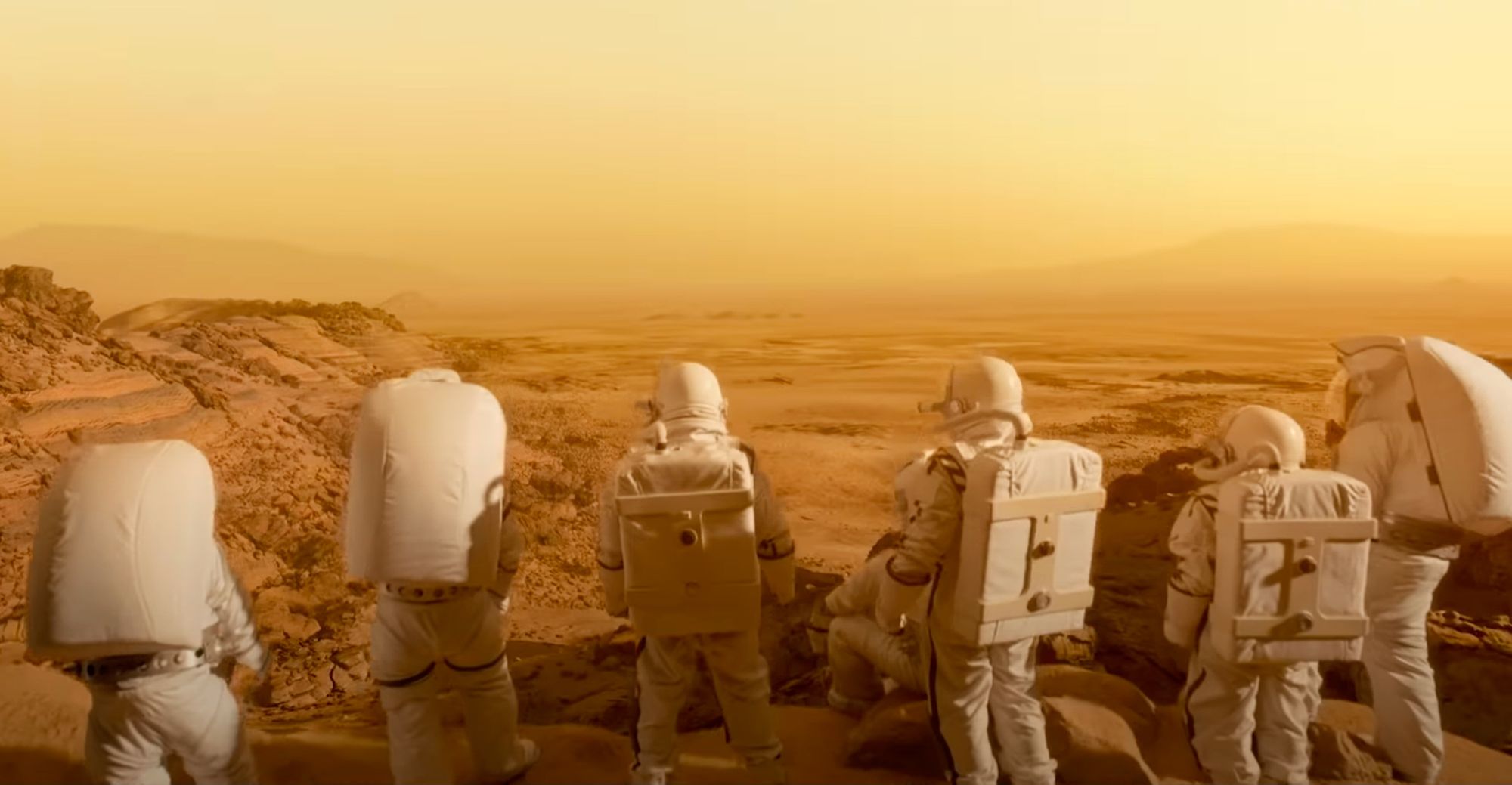 A three-way race to Mars is the highlight of the alt-history space drama's third season.

I love Mars. I became infatuated with the Red Planet while researching my first novel (about a rebellion on a Mars colony), so I was excited when the teaser at the end of season 2  hinted that For All Mankind was going there next. In the course of my research, one book that stood out was the excellent The Case for Mars: The Plan to Settle the Red Planet and Why We Must by Robert Zubrin. In it, he outlines concrete plans for how a future Mars mission could work, and it's not far off from what the show depicts. Points for plausibility.

SPOILER ALERT! This review contains MAJOR spoilers for For All Mankind season 3.

But before we get to Mars, the show actually begins in the Polaris space hotel owned—surprisingly—by Karen and Sam, who have built a fortune with their new space tourism business.

While I didn't appreciate the show dredging up the Karen-Danny debacle of last season, I did otherwise love Karen's story arc here. Her comment to Sam, "why shouldn't everyone get to enjoy space" might well have been a meta commentary on her character. We did see her running The Outpost in season 2, but that all came about off-camera. This is the first time she really got to shine in a story about what she wants.

Standing up for herself, making deals, and ultimately taking an important career step, Karen really shows what she can do. As Karen's actress, Shantel VanStanten, told TVLine, "She finally understood who she was as a woman. She was settled. And happy. And living the best version of herself for once."

Which is why it was so maddening that they decided to kill her off randomly and abruptly in the season finale. Executive producer Matt Wolpert told CinemaBlend, "To us, Karen – who has had the most amazing arc over these three seasons, probably a bigger arc than almost any other character, and who was at the next step in her life of rising to the best version of herself and accomplishing so many more things – to have her future snuffed out in that way to us felt like the most tragic version of that story."

While it's true that Karen's death probably had maximum impact, it felt like her story was once again being sacrificed in service to other characters. That the effect on Ed and Kelly of her death mattered more than her own potential.

But I guess she at least got to go out on a high note. Poor Sam was little more than a walking plot device.

Another thing I loved this season was the relationship between Margo and Aleida. Their quiet support of each other was wonderful. Margo's calm encouragement when Aleida is struggling with the Mars engine, "You'll get there. Work the problem." Their family dinners, and Margo's apparent role as auntie to Aleida's son. The shared excitement at Aleida getting to go to the moon. When Aleida says, "I'm not leaving NASA," we know in no small part she means she's not leaving Margo.

And all that makes it all the more heartbreaking when Aleida starts to realize that Margo has been giving secrets to the Russians. It is fitting that Aleida is the one to put the pieces together, and downright tragic that she feels like she somehow betrayed Margo when the FBI gets involved. Her breakdown where she wails about not knowing what to do? Dang. So sad.

Even though Margo never has a chance (for now, anyway) to tell Aleida why she did it, her promise to do so—and the implication that there was a good reason—is enough for Aleida. That proud little nod Margo gives her after Aleida figures out how to help Kelly reach orbit was a great touch.

I wasn't thrilled with Margo going full defector at the end, letting Aleida think she's dead. Still, it'll be interesting to see where that goes.

The Race for Mars

I absolutely loved everything about the race to Mars. For something that started out as a simple physics equation (the one who leaves first with the fastest ship wins), the writers pulled off an impressive number of twists and reversals.

Poor Ed, to come so close again to being the first to land on the new frontier and come up short. At the same time, though, it was kind of ironic that he would choose to abort after being the one who tore NASA to pieces in season 1 for not taking risks. He knew it would be a dangerous landing when he started. I know they tried to show how he was worried for Danny, but it just seemed weirdly out of character for him.

Having the NASA and Russian teams join forces added some nice drama, and Dani and the Russian commander basically fighting to be the first ones down the ramp was priceless.

The show had top-notch action pieces throughout the season: the Polaris hotel incident, the Russian ship rescue, the mining catastrophe and tunnel rescue. Really solid writing and plotting.

My favorite bit was when the folks back at NASA were trying to figure things out for the rescue: "These are engineering problems, my friends, and we are engineers." That is the epitome of what I've always loved about space dramas. Like the scene in Apollo 13 where the engineers are trying to figure out how to make the air filter work, or in The Martian when they're trying to strip down the return vehicle. Creative problem-solving at its finest.

In a season jam-packed with a million plot threads, it's impossible to do them all justice. I'll just touch on a few other miscellaneous thoughts:

Above all, I still appreciate what I said in my season 2 review: "so many women; so many stories." By having such a diverse cast, the show is able to highlight a varied range of experiences. And that's awesome.

For All Mankind seasons 1-3 are available on Apple TV. It has been renewed for season 4, but no release date has been announced.