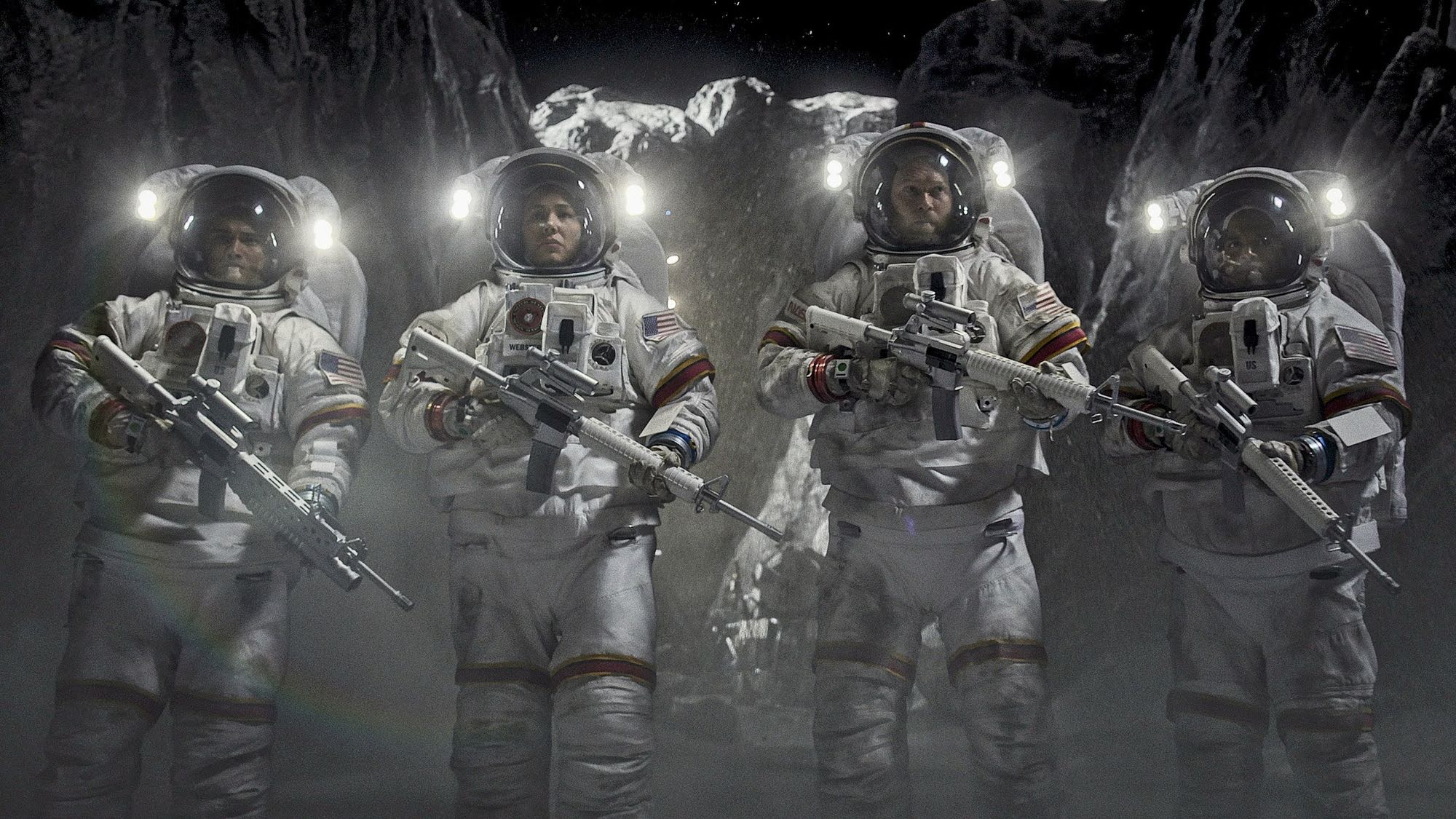 The alt-history space drama starts off slow before building to an epic showdown on the moon.

SPOILER ALERT! This review contains spoilers for For All Mankind Season 2.

With the bold move of jumping ahead almost a decade from the end of season 1, For All Mankind was able to shake things up for its vast and diverse cast of characters.

Ed is no longer flying, having taken over Deke's old position as head of the astronaut program. Gordo is a mess, still haunted by his trauma and guilt over the last time he was on the moon.  Margo is now in charge at Johnson Space Center. Ellen returns from commanding the expanded Jamestown base to begin working as an assistant NASA administrator... the list goes on.

Through new jobs and new relationships, the tidbits are teased out over several episodes. It makes for an interesting game as we try to piece together what has happened to everyone in the last ten years. How did Ed and Karen adopt a Vietnamese daughter? Who is Tracy's mystery new husband? What happened between Margo and Aleida?

The trouble is that the show spends so much time reintroducing its characters and setting up plot threads that not a lot happens in the first few episodes. There's the solar storm in the season opener, of course, but then a long stretch where it's mostly just meetings and dinners. It was all a bit too NASA-fied West Wing for me.

A Fistful of Characters

The strength of the show remains its characters. Each of them is multi-layered and engaging, even when they're making spectacularly bad decisions. (Looking at you, Karen...ugh, can we just erase that whole Danny storyline?)

There are just so darn many characters running around.  It was hard enough balancing all of the competing storylines with the sizable cast in season 1. Now we've got a fistful of new characters fighting for story time, and many of them are introduced so half-heartedly it's not clear whether we're supposed to care about them or not.  The show also spent a lot of time introducing the "next generation" characters: Kelly, Aleida, and Danny.  I understand the need to have a generational shift if the show is going to keep doing time jumps, but the kids all just felt a little too disconnected from the main storyline.

The upside of such a large cast, though, is that the show can focus on many different experiences. It can explore Ellen's turmoil trying to choose between a career where she can shape the space program and the love of her life, Tracy's struggle to adapt to life at Jamestown, Aleida's experience as an immigrant with a traumatic past, Molly facing her mortality, Kelly trying to understand her history... so many women; so many stories.

In an interview with BackstageOL, actress Krys Marshall (Dani) commented about the diversity on the show: “I love that in our world we’ve created an environment where so many things have been so much more escalated…Being in this very strong female environment, which as we know was not the truth in NASA in the early 1970s, that was a real treat.”

After slow-burning throughout so much of the season, things finally explode in the last few episodes. All the carefully-arranged story threads dovetail together in a masterful fashion.  The Pathfinder mission, Apollo-Soyuz, the shooting on the moon... it all culminates in an epic showdown that, in the words of show-runner Ronald D. Moore, was basically a "Cuban Missile Crisis in Space".

I was glad to see the show let Dani have her moment, helping to avert nuclear war. She got the short end of the stick in season 1, and then felt on the margins of the story for most of season 2 before finally getting a big payoff.

The biggest moment, of course, was Tracy and Gordo sacrificing themselves to save everyone on the base.  It was sad to see two of the most interesting characters go (especially Gordo after his fight back from the brink this season), but as Moore told Vox:

Do we want to kill Gordo? I don’t want to do that. Well, what if it was Tracy? I don’t want to kill Tracy. Everyone kind of shied away from it. ... Then someone said, “What if you kill both of them?” That’s even crazier! What are we talking about? They’re two of the best characters on the show, my god. But it just kept coming back. It was that story that wouldn’t let go of you. And at one point, I said, “Tell me what’s a better ending to the Gordo-Tracy story? Say we don’t do this, and say we bring them back in season three and four and beyond — what’s the best ending to that story that’s better than this?

It really is hard to imagine how they could have topped that.  Good call, show. Good call.

And next season, it's another time jump and onto Mars.  Given that I've been super into Mars for decades (an interest sparked by researching my novel), I'm really looking forward to it.

Keeper of the Lost Cities Review