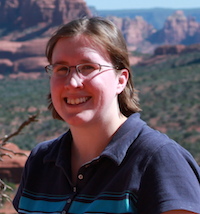 I'm Linda Naughton, writer, software engineer, paramedic, and mother of two. I've been telling stories for as long as I can remember, and have published several novels, gaming products, and the blog Self-Rescuing Princesses. A proud geek and gamer girl, I love TV, movies, video games, and role-playing games.

You can learn more about my novel and other projects on my website.

I grew up loving science fiction and adventure stories, but even as a young girl I was struck by the gender gap in those genres. Sure, there would often be a token female character - usually a love interest. But only rarely were those characters well-rounded and allowed to contribute significantly to the story.

Franchises like The Hunger Games and Divergent, and TV shows like Orphan Black and Outlander show that Hollywood is slowly waking up to the fact that women like these genres too. But there's still a long way to go. Women make up 52% of all moviegoers according to the MPAA, yet studies by the Geena Davis Institute and New York Film Academy show that female characters make up only about 30% of speaking parts. The number of meaningful female characters, particularly in action/sci-fi/fantasy, is even more dismal.

I feel it's important to celebrate TV shows, movies and books in the action/sci-fi/fantasy genres that feature strong female characters, to encourage awareness and an ongoing move toward equality for all genders.