Saving Matt Damon is Apollo 13 for a new generation.

One of my all-time favorite movie scenes is in Apollo 13, where the NASA engineers have to figure out how to make a square air filter fit into a round air filter receptacle, using only materials available on the space module. If they fail, the astronauts will die from asphyxiation. Not only did it show the value of science and engineering, it highlighted the can-do attitude of people involved in the space program, whether on the ground or in space.

The Martian hearkens back to that scene - and the Apollo 13 mission in general - as everyone bands together to save astronaut Mark Watney after he's accidentally stranded on Mars. Although Watney does a lot to rescue himself, it is very much a team effort.

This makes The Martian the rare Hollywood film where brain is more important than brawn. Where ingenuity and perseverance save the day. Where scientists set aside politics in the interests of international cooperation. Where managers look past the bottom line to try and rescue one man, no matter the cost. 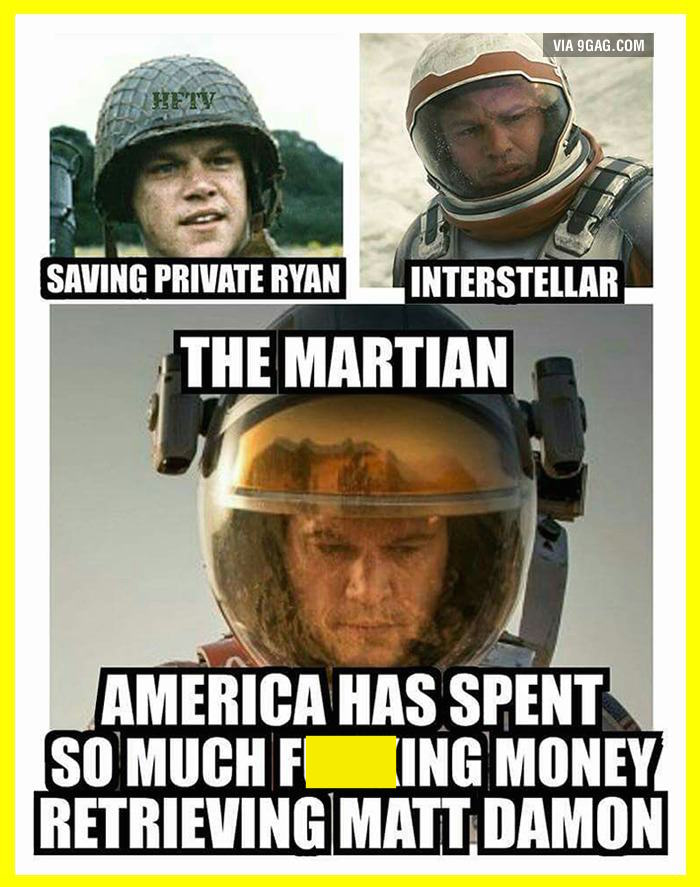 The movie is incredibly faithful to Andy Weir's awesome novel, with many scenes and dialog taken straight from the book. In fact, I actually liked it better than the book, because a lot of the science explanations were condensed and presented in a very visual and effective way, avoiding the drag that plagued parts of the book. There were also a few additions that gave the film an extra dramatic boost.

Matt Damon carries the movie, giving astronaut Mark Watney the perfect blend of frustration, determination, dry wit and humor. Despite the understandable focus on Watney, the film also boasts a diverse cast of supporting characters. Chiwetel Ejiofor shines as the director of Mars operations, and Jessica Chastain is a steely presence as the Ares 3 mission commander. 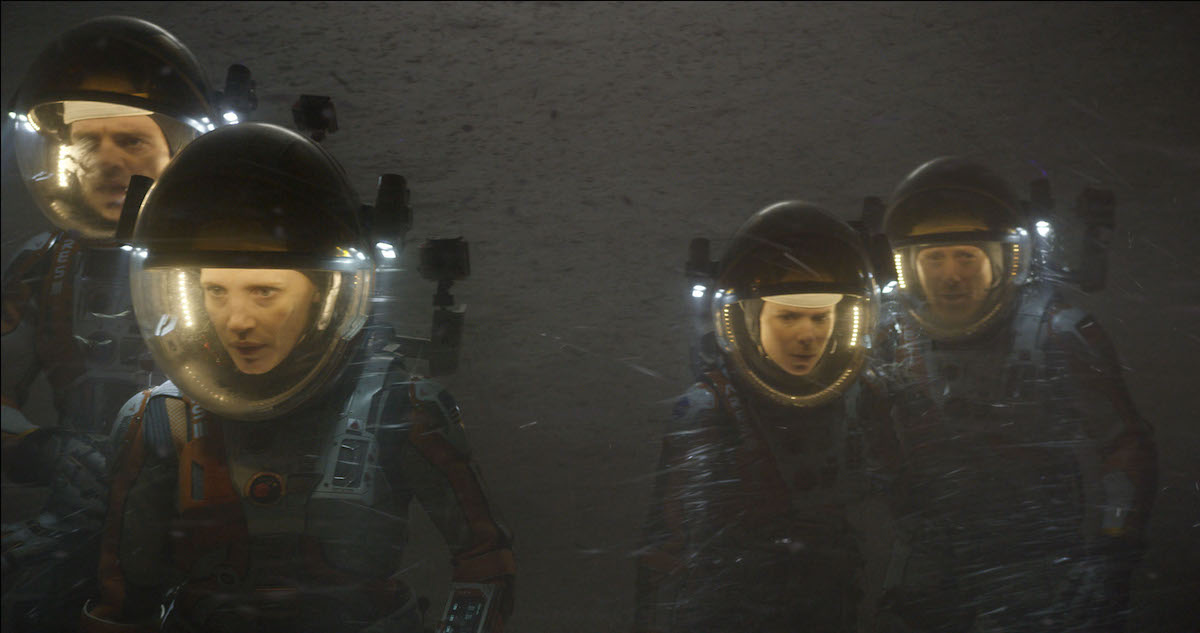 I was pleased to see that the film did indeed give Chastain's Commander Lewis a bit more to do than the book did. Her understated guilt over leaving Watney behind came across in every scene, without being sappy or getting in the way of her duties. And her infatuation with disco music was an amusing gag running throughout the movie. Kate Mara had a much smaller role, but it was still nice to see another smart woman on the crew.

The stars worked closely with NASA and JPL in preparation for the film. In an interview with real-life astronaut Tracy Caldwell, she talks about her hope that the film might inspire young girls:

"How great would it be if there’s a 7-year-old girl who goes to see the movie and says, 'I want to be a commander on a space mission' or 'I want to be an astronaut and explore'.

While I think the film is too intense for the elementary school crowd (it is rated PG-13), it's still a worthwhile sentiment. Dovetailing perfectly with the recent fervor about water on Mars and NASA's Journey to Mars program, the Martian may well be inspiring force for The Mars Generation.

Sicario: The War on Drugs Gets Ugly