It's become an annual Memorial Day tradition for me to salute our veterans by highlighting women in war movies. As usual, the pickings this year remain pretty slim. Hollywood may be getting better about including strong female characters, but apparently the idea of strong female soldier characters still hasn't caught on.

You can read past editions of the Women in War Movies series here.

Megan Leavey follows the true story of the Marine corporal who fought to adopt her bomb-sniffing dog Rex after returning from Iraq.

It starts off a bit slow, introducing Leavey as an aimless youth who has trouble connecting with people. Once Leavey meets Rex while training to be a military police officer, the movie hits its stride. There are some amusing training moments and an excellent performance by Common as the obligatory stern sergeant.

In short order, Leavey and Rex are off to Iraq. I thought this was the best part of the movie. It showcases a side of the war than we don't usually see - roadblocks, road-clearing and hunting down hidden weapon caches. While the real Leavey and Rex spent three years together in Iraq, the movie makes it feel like it breezes by in a few months. Supporting characters are barely around long enough for their names to register before Leavey and Rex are sent on the fateful, action-packed mission that results in her being sent home. 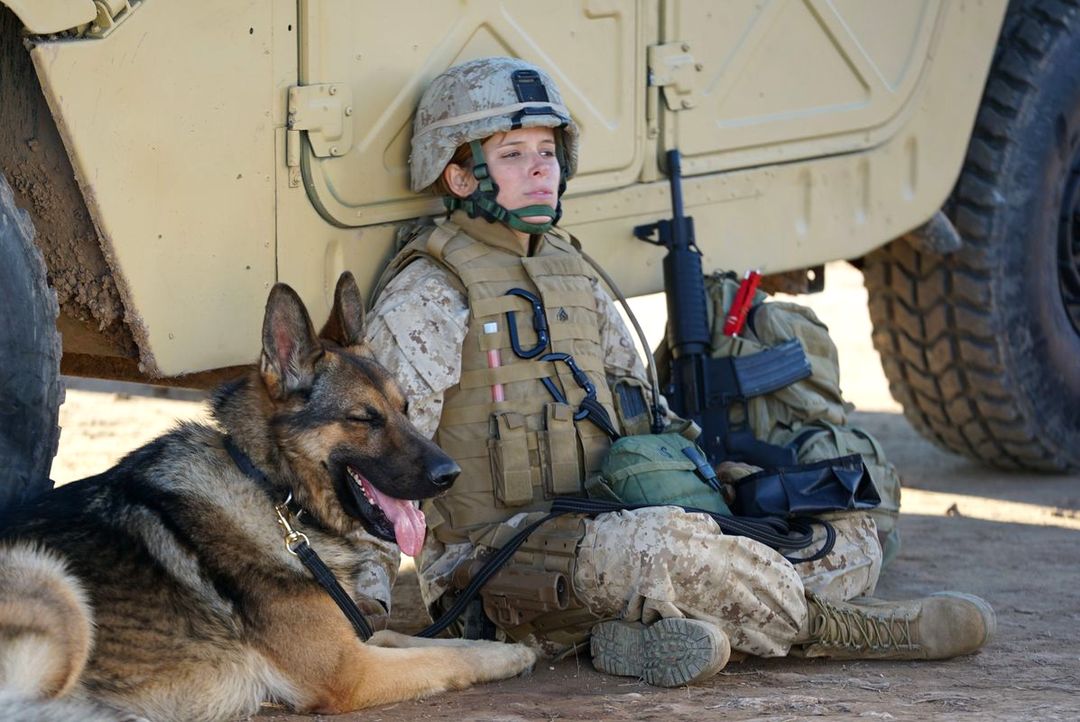 It's here that the movie falters, and I found myself wishing it had spent more time focusing on Iraq. While I applaud the real-life Leavey's quest to be reunited with her dog, the movie version of her moping around her parents' houses and going on talk shows was less than compelling. Especially when Gunny Martin raises the question of whether it's even a good idea to adopt Rex, who was trained for war and could be triggered to violence unexpectedly. Given how Rex was portrayed as the meanest dog in the kennels at the start of the movie, this doesn't seem like an unwarranted concern. But instead of diving deeper into the real moral issues here, the movie just brushes that aside and charges ahead with the idea that these two simply must be together.

Mopiness aside, I did generally like the film's portrayal of Leavey. This was no gung ho GI-Jane, just an average young woman who grew into a solid soldier.

The Dawns Here are Quiet 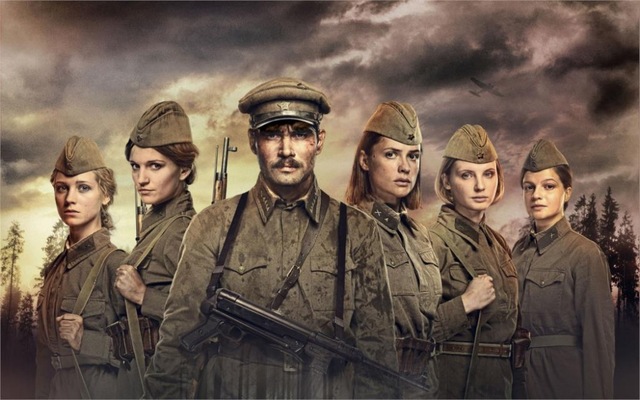 I only just started watching The Dawns Here are Quiet, a Russian-made, subtitled miniseries about a mostly-female anti-aircraft squad in WWII. The series gets props at least for recognizing the contributions of the women in the Soviet anti-aircraft divisions.

In real life, the 1077th Anti-Aircraft regiment (made up mostly of young women volunteers) was noted for its valor in the defense of Stalingrad. With German tanks advancing on the city, the girls set their anti-aircraft cannons to the lowest elevation and fired on the incoming tanks. They didn't have the right kind of ammunition to stop the tanks, but they slowed them down as much as they could.

I worry a little that all the promotional materials focus on the sole guy character who's in charge of training and leading the unit. Could it be another Huntsman Winter's War where the movie is drowning in cool female characters and still manages to make it All About The Man?

Time will tell. If it's any good I'll write a more detailed review when I'm done watching it.

The Dawns Here are Quiet is currently streaming on Amazon Prime.

Timeless: Going out with a Bang