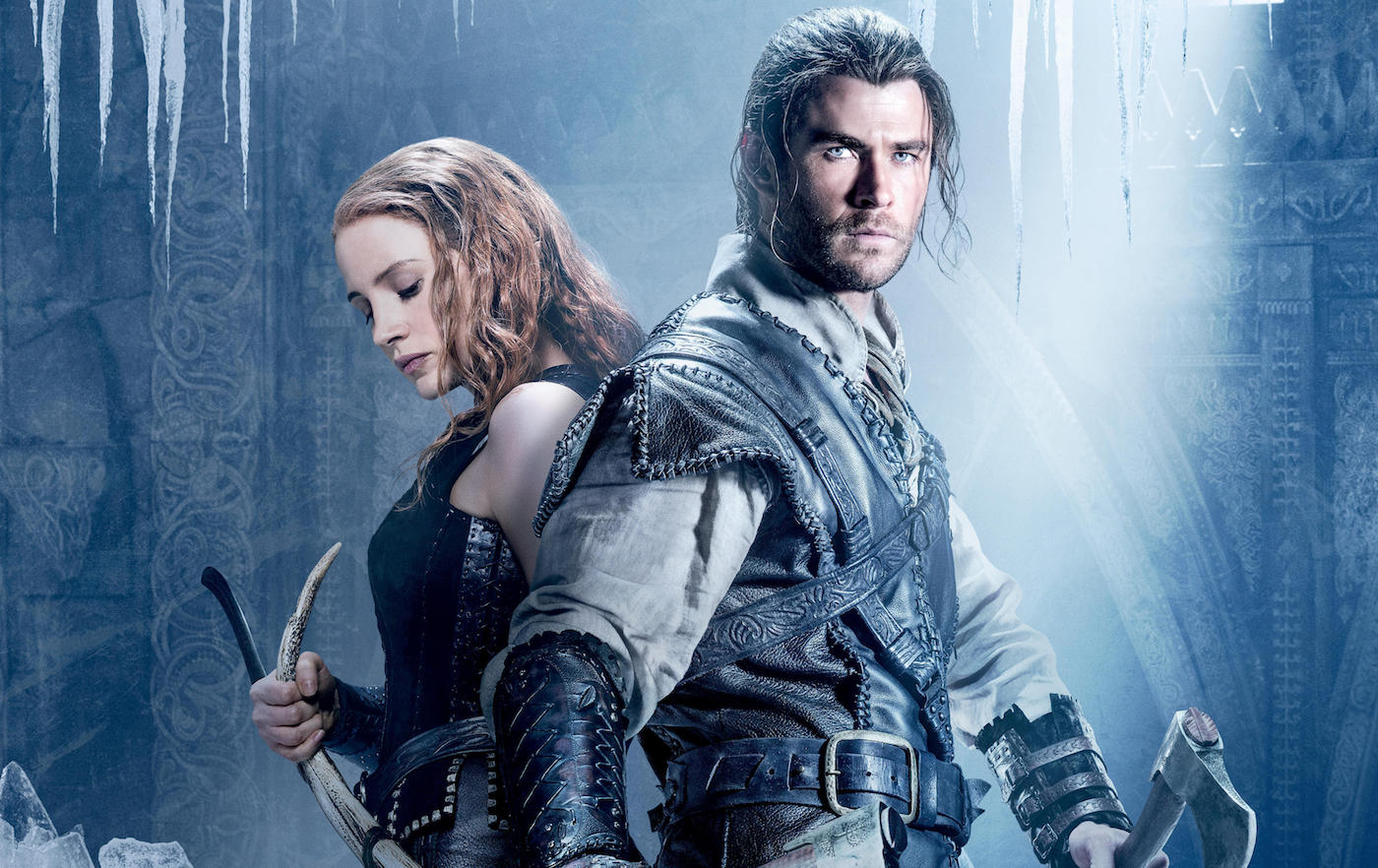 SPOILER ALERT! This review contains mild spoilers for The Huntsman: Winter's War, but really nothing that hasn't already been revealed by the trailers.

Note: I revised my review of Winter's War after the DVD release. You can read the updated thoughts here.

Buried somewhere in The Huntsman: Winter's War is a great movie. You can see a glimpse of its potential in this behind-the-scenes promo video from Universal:

Betrayal. Sibling rivalry. Two sisters - the Ice Queen (Freya) and the Evil Queen (Ravenna) - duking it out in a great "Winter War". Sounds pretty cool, doesn't it? Like a dysfunctional version of Frozen.

Just one small problem: that's not at all what this movie is about. 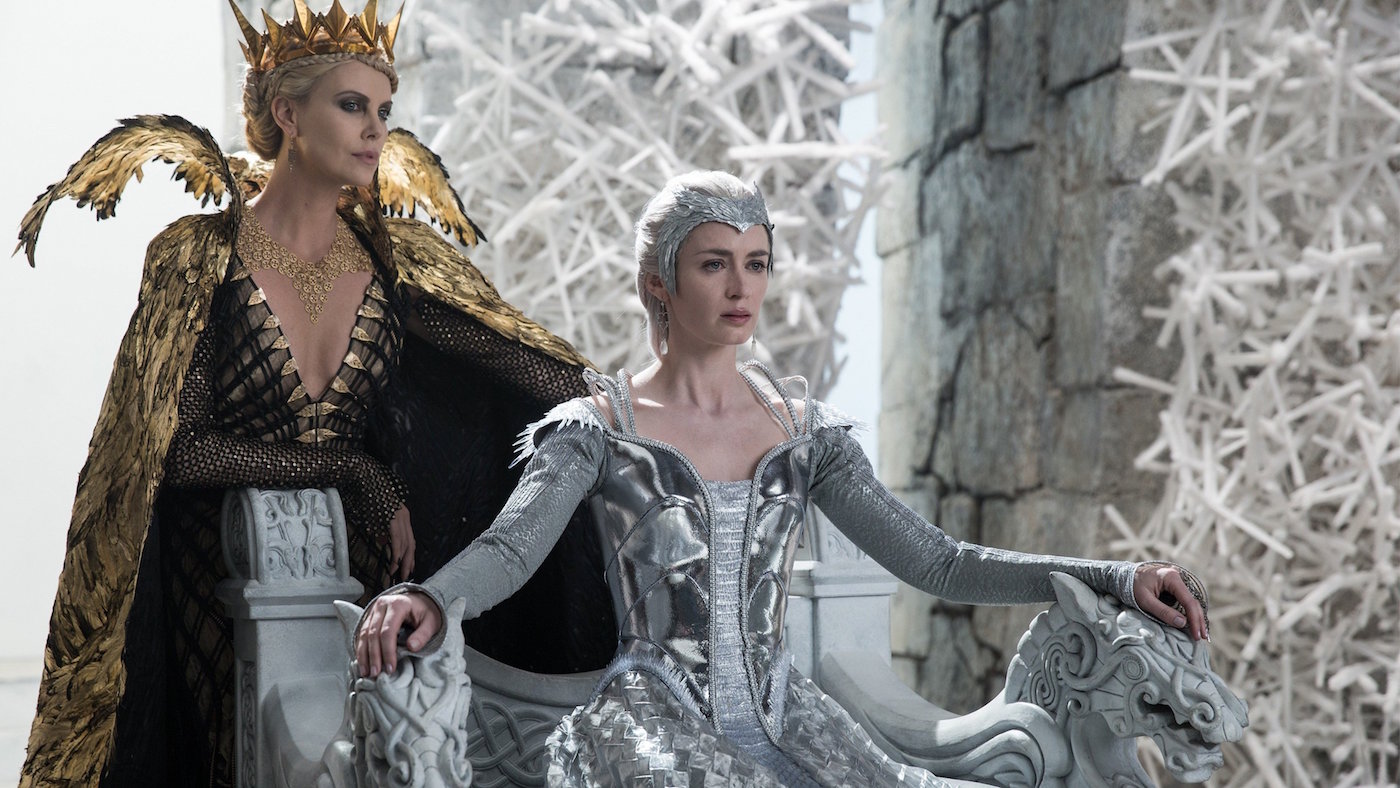 The story arc in Winter's War is bizarrely disjointed. The first act is a prequel, offering origin stories for Freya, Ravenna and The Huntsman (aka Eric, who it turns out is just one of many Huntsmen press-ganged into Freya's army as child soldiers.)

When a jarringly-brief romance between Eric and fellow warrior Sara results in Eric's exile, the story jumps forward seven years. It glosses over the events of the first film, clunkily writing Snow White out of her own sequel. It's her husband who presses Eric into a quest to bring the One Ring to Mount Doom... oh, wait, sorry... to bring the Evil Mirror Mirror on the Wall to "The Sanctuary" so it can be destroyed.

And then there's the third act - the one alluded to in the featurette - where the presumed-dead Ravenna returns and clashes with her sister while Eric and company try to stop them both.

Taken independently, the three acts are reasonably entertaining, helped along by the stellar cast. The problem is they fit together like a really bad patchwork quilt. One minute we're doing murdered babies and child soldiers; the next we've got smart-ass dwarves cracking bad jokes and a happy-go-lucky hero smirking and flirting like he's in a rom-com. The movie constantly ping-pongs between these two extremes, to the point where you feel like you're getting tonal whiplash.

It also didn't help that most of the major plot twists were completely spoiled by the trailers. Grr. 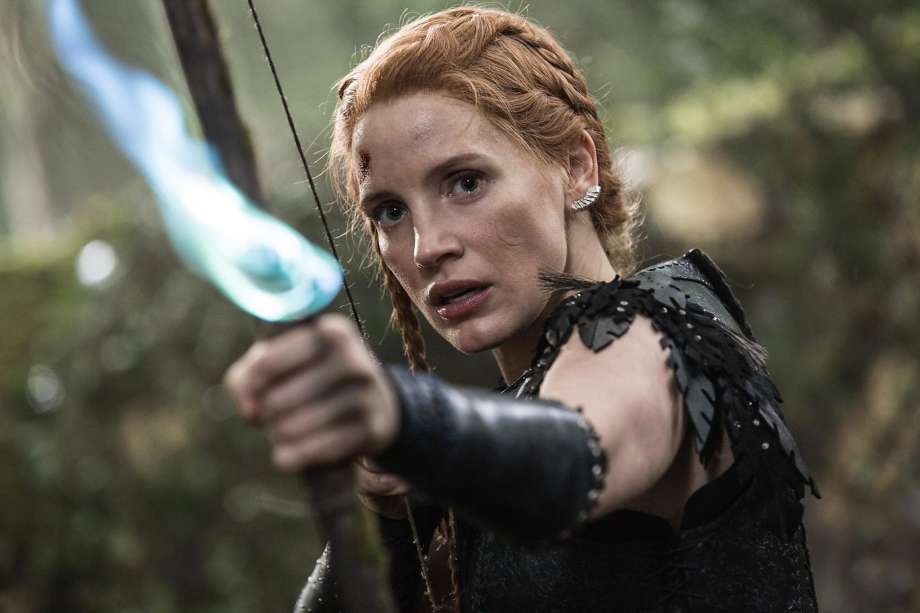 Winter's War has a remarkably female-heavy cast, but doesn't seem to know what to do with them. Make no mistake, this is The Huntsman's story - his name's right there in the title - and everyone else is pretty much a one-note character.

Freya is the Ice Queen, literally and figuratively. Her heart frozen by tragedy, she hates the idea of love and has banished it from her kingdom. Naturally love becomes her undoing.

The Evil Queen is, well, evil. She gets a tiny bit of depth here thanks to the interactions with her sister, but still... yeah... evil.

Sara is a conundrum. I really did like her character, in part because she's played by the awesome Jessica Chastain. But even I must admit that she's the sort of character that makes people hate strong female characters. She's strong, yes. She takes charge and kicks butt and never misses (as she continually reminds us), but what else is she?

There are some interesting threads there, in her relationships with Eric and Freya, but they're glossed over perfunctorily in favor of Eric's story. And that's a shame, because it could have been much more.

I do have to give props to the film for Bromwyn, though. This sassy lady dwarf practically steals every scene she's in.

All in all, it was a decent - if derivative - fantasy tale with some badass ladies and Chris Hemsworth. You could do worse.

Jessica Jones Review - AKA The Rest