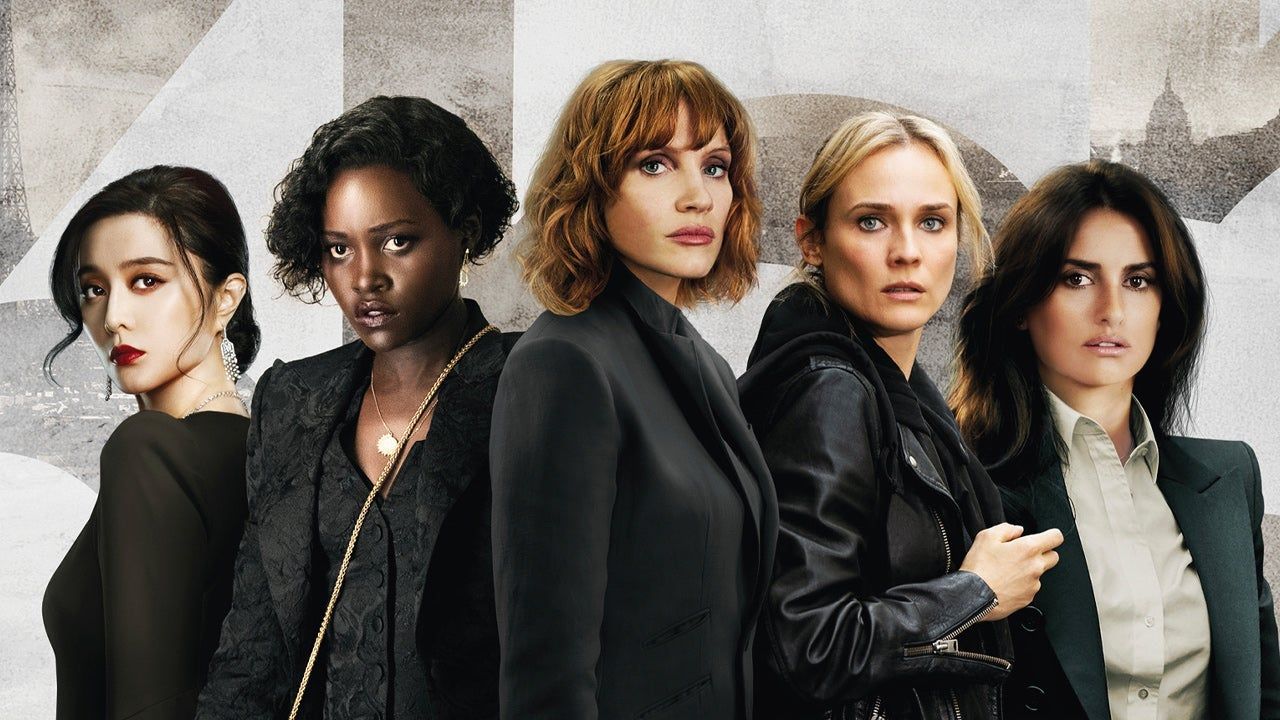 When I first saw some promo images from The 355, I was stoked. An international team of female spies kicking butt? Top-tier actresses like Lupita Nyong’o, Penélope Cruz, and my personal favorite Jessica Chastain? Sign me up. The trailer didn't disappoint either, even though it gave away too much of the plot.

Long-delayed by covid, the film finally debuted in January to abysmal reviews (a mere 25% fresh on Rotten Tomatoes at last count). Dismayed, I wondered how such a promising project could have gone so off the rails.

When I finally saw it on VoD, I couldn't help but wonder if the other reviewers watched the same movie as me.  It was fine!  Not perfect, by any stretch, but a pleasantly entertaining spy thriller.

The plot, admittedly, is pretty standard. A MacGuffin that can bring down any computer system anywhere has surfaced, and the Good Guys (or Good Girls, in this case) have to stop it from falling into the hands of the Bad Guys. In a mild twist, there are initially multiple "good" teams all working cross-purposes until they finally team up.

What makes it fun, though? The characters.

Jessica Chastain is great as CIA agent Mace, the team's tough-as-nails leader. Penélope Cruz is the heart as a therapist from Columbia's spy agency, who's clearly in over her head. Fan Bingbing as a Chinese agent showed up so late in the film that I was wondering if her entire storyline had been cut, but she did an admirable job throwing the baddies around. I loved the film's early rivalry between Mace and German agent Marie (played by Diane Kruger). I almost wish they had played that up more, since Marie felt like a far more worthy adversary than the film's actual villains. My favorite, though, was Lupita Nyong’o's cybersecurity expert Khadijah.  Able to switch from hacking to butt-kicking at a moment's notice; witty; smart; sensitive--she was the best. I also loved her friendship with Mace and how supportive they were of each other.

So, good characters, decent plot, fun stunts... why all the hate?

I can't speak for all reviewers, obviously, but the comments I saw fell generally into two camps. The first were the mysogonists, aghast at the idea of female spies in general, or specifically females beating up men. Really?  You can buy James Bond's impossible gadgets and Jason Bourne bulldozing an entire embassy of trained marines, but somehow the idea of Mace knocking out a baddie with a single punch is too much to swallow? Pfft.  Girls are allowed our improbable escapist fun, too. It's called "suspension of disbelief".

The second camp just generally seemed to be underwhelmed by the film, epitomized by reviews peppered with words like "meh" or "mediocre". Which is fair.  Sublime cinema this was not. But here's the thing... when you've seen women be poorly represented in action/spy films all your life, even "mediocre" can be fun. Especially when it involves a fistful of awesome actresses saving the world. This probably accounts for the 86% favorable audience score on Rotten Tomatoes.

Would it have been nice if 355 had been as epic and original as the first Jason Bourne film?  Sure!  But most of the other Bourne films didn't even live up to that bar.  Measuring it by that yardstick feels a bit like the unreasonable expectations placed on the first Wonder Woman, best said by The Daily Show:

I, for one, would love to see a 355 sequel. Even another imperfect one. But what I would like even more is for Hollywood to stop making "girl power" movies and make more films where men and women work together and treat each other as equals.