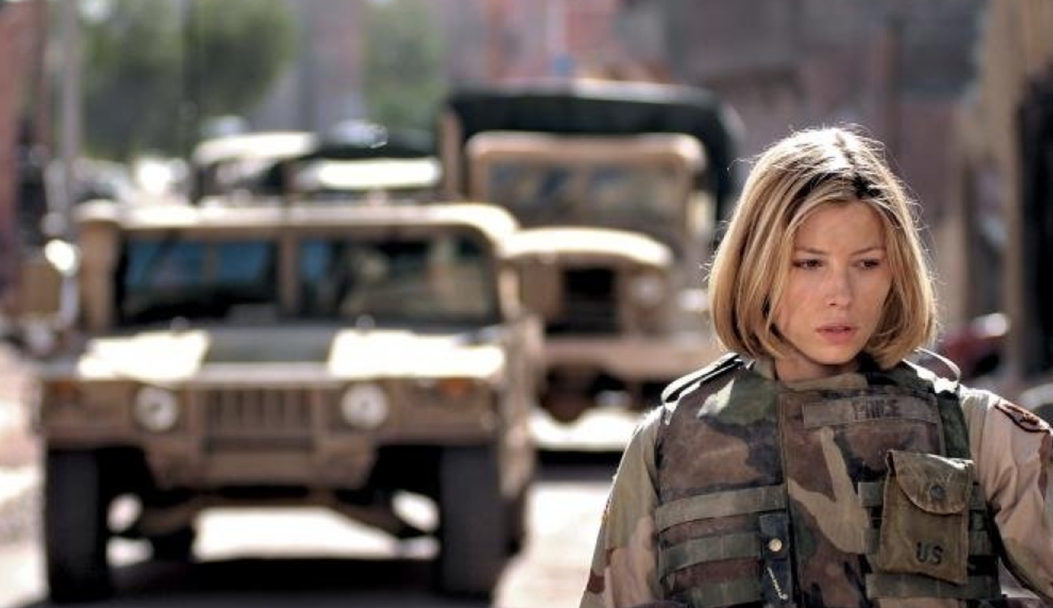 Our women heroes deserve better than this sub-par Hollywood fare.

As an Army brat, I've always had a penchant for war movies. For Memorial Day, I thought I'd spotlight a great female-centric war movie to honor the hundreds of women who have given their lives in service to this country.

Then I came to the disheartening realization that such a movie doesn't exist. Women soldier characters sometimes star in sci-fi and on TV. In contemporary war movies? Not so much.

Beyond the Front Lines

Before anyone points out that women have been banned from front-line combat roles in most modern wars, let me clarify what I mean by "war movie". I wasn't looking for a traditional Band of Brothers-style battle flick (although that's a neat idea, in a historical-fantasy Pride and Prejudice and Zombies sort of way.) I just wanted to find one with a main female protagonist contributing to the war effort.

Thousands of women have served during wartime - as pilots, resistance fighters, medical personnel, spies and more. Some have even fought on the front lines, especially in the Gulf where the front line is blurry. Finding a great movie about them shouldn't be so hard.

And yet it is. Journalist Gayle Lemmon encountered this reality when she embedded with a team of women special operations soldiers in the Middle East.

When I would tell friends I was working on a story about a “band of sisters” on the front lines ... they would ask me if the story was about rape or PTSD. I realized by the third time I heard the question that it kept resurfacing in part because the victim narrative has overtaken all others in recent years when it comes to the story of women in uniform.

So in absence of a great female war movie, I figured I'd settle for writing about some halfway-decent war movies where women got to be more than just "the love interest". Something is better than nothing, I guess? But mostly it gives me an excuse to write about their real-life counterparts and how much cooler their stories are. 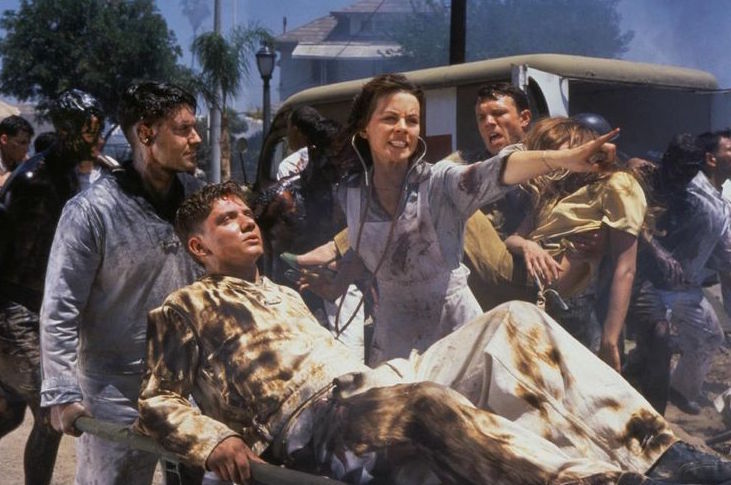 Navy nurse Evelyn (Kate Beckinsale) exists primarily to be the vertex of a love triangle between Ben Affleck and Josh Hartnett's pilots. But the movie deserves credit for allowing the nurses a moment to shine. Evelyn gets to put Affleck's cheeky pilot in his place early on. And during the epic battle scene depicting the bombing of Pearl Harbor, we get to see them rushing to their posts amid bombs and machinegun fire. The movie doesn't pull any punches in depicting the chaos and desperation of a hospital suddenly overhwelmed by hundreds of casualties, and Evelyn's composure and resourcefulness saves lives. It's a shame that she pretty much vanishes from the movie after that.

Over 1600 medals, citations and commendations were awarded to nurses during WWII (source). Among them was a Purple Heart awarded to 1LT Annie Fox for her "fine example of calmness, courage and leadership" during the Pearl Harbor bombardment.

Side note: I had always wondered why the nurses were given Purple Hearts at the end of Pearl Harbor, since none of them appeared to have been wounded. Apparently during the early days of WWII, it was also awarded for meritorious service. When the criteria changed, 1LT Fox's Purple Heart was switched to a Bronze Star.

Enemy at the Gates 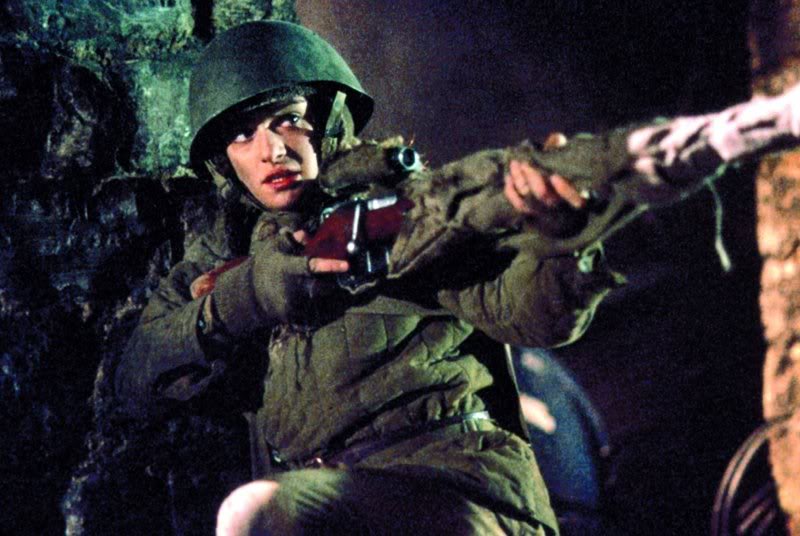 Like Evelyn in Pearl Harbor, Russian sniper Tania (Rachel Weisz) spends most of the movie propping up a love triangle. But she gets to fight while doing it. Enemy at the Gates is notable for depicting the female soldiers living and fighting alongside the men, and it deserves credit for never making a huge deal about it. They're comrades like the others. During one key sequence, Tania even gets to rescue the hero, Vasily Zaytsev, when he's pinned down by a German sniper. At least she got to do something proactive before she was sort of fridged for the latter part of the movie.

Whereas most European countries restricted women to auxiliary service, Russia allowed some of them to fight on the front lines. Major Lyudmila Pavlichenko was one of thousands of female Russian snipers. Considered one of the deadliest snipers of all time, her 309 confirmed kills dwarf the 225 amassed by Zaytsev. She was awarded the Hero of the Soviet Union (Russia's Medal of Honor equivalent). Where's her movie? Dang.

Charlotte Gray and Shining Through 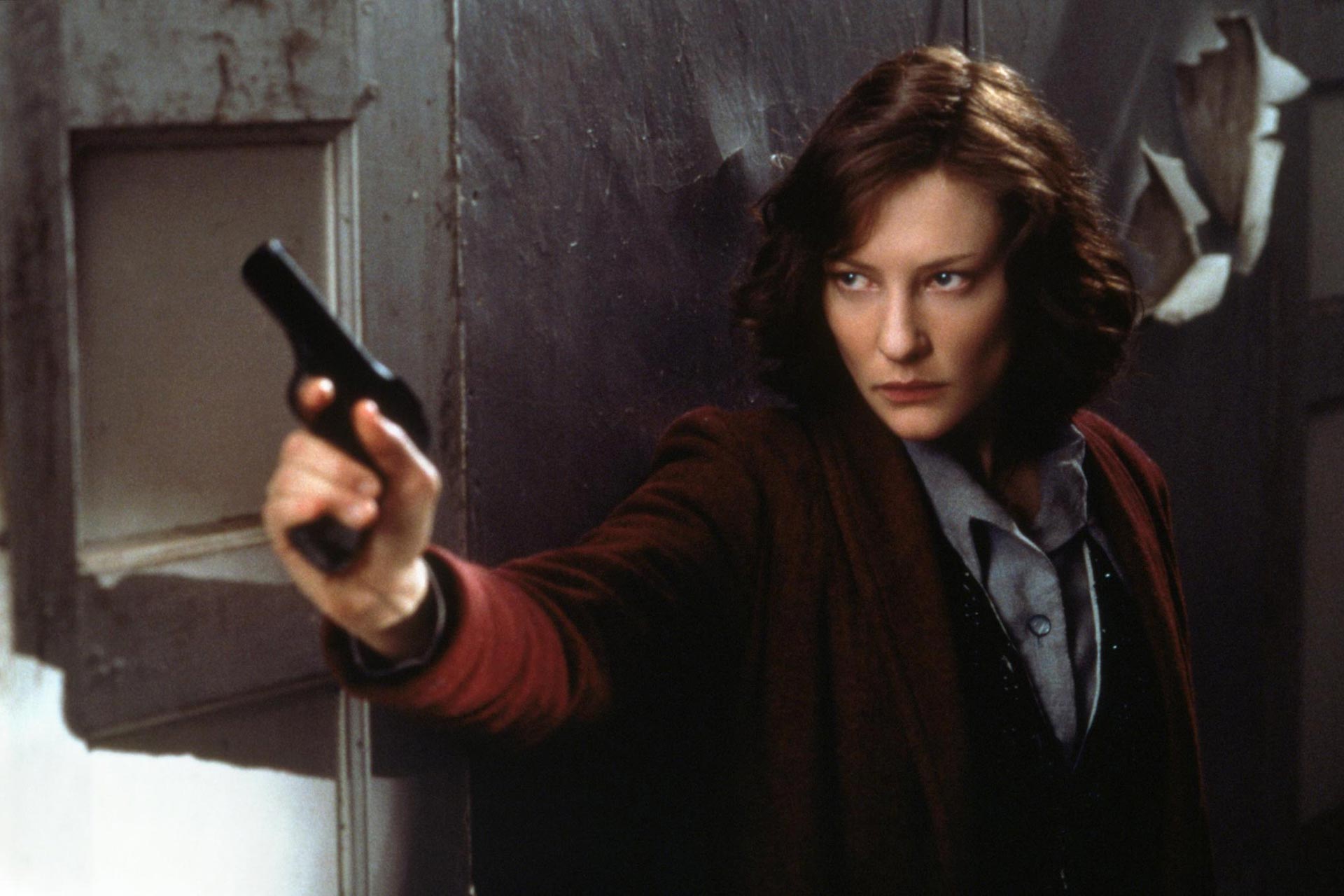 Charlotte Gray is strikingly similar to Shining Through, an old guilty pleasure of mine. Both involve women agents operating behind the lines as undercover nannies in WWII. Both suffer from muddled plots and sub-par writing, especially when the agents risk jeopardizing the mission for idiotic personal side-quests.

They each have their moments, though. Charlotte Gray (Cate Blanchett) gets to blow up a Nazi train and tries to help two Jewish boys evade the Nazis. In Shining Through, Linda Voss (Melanie Griffith) uses her wits to get out of some sticky situations, and evades a building full of Nazis while gutshot. There's potential for a great movie here, but it was squandered in both cases.

Nancy Wake and Virginia Hall were among thousands of women who went undercover in Nazi Germany for the United States OSS or the British Special Operations Executive. Despite missing part of one leg, Hall led guerrilla attacks and received the Distinguished Service Cross for her heroism. Wake also led resistance raids. She was one of the most decorated servicewomen of the war and at one point topped the Gestapo's most wanted list. 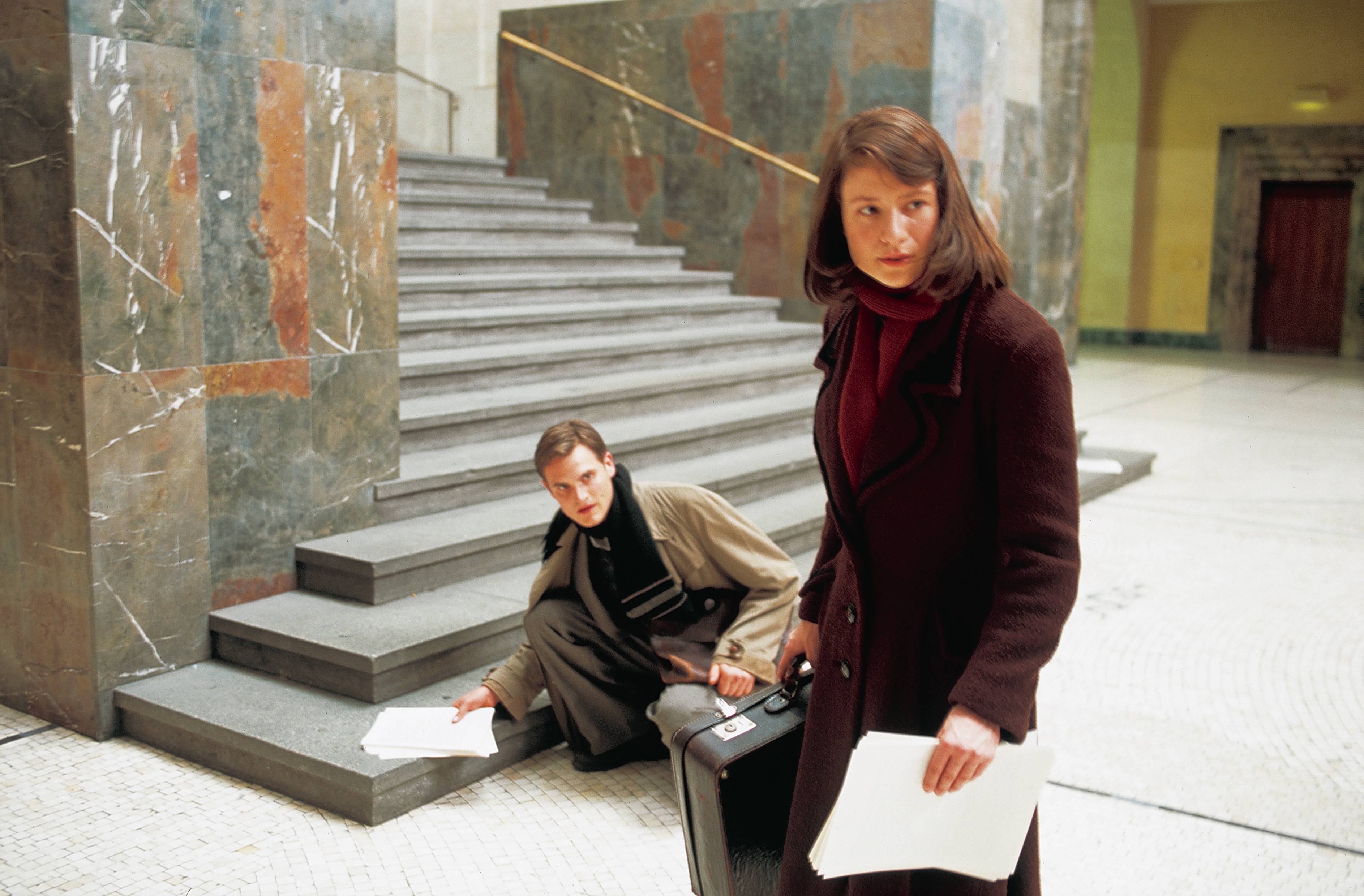 Sophie Scholl: The Final Days is about the arrest and trial of real-life WWII heroine Sophie Scholl, a university student who distributed anti-Hitler propaganda in Munich. The movie drags in places, and it's subtitled, but Scholl's calm defiance in the face of certain death makes it worth watching.

Courage Under Fire is a pretty decent movie about a woman helicopter pilot nominated to receive the Medal of Honor after the Gulf War. However, Meg Ryan's Captain Walden is little more than a walking plot device, seen only in flashbacks.

Juliette Binoche won Best Supporting Actress for her role as a WWII Army nurse in The English Patient, but her story (and, arguably, the war itself) is wholly secondary to the main pre-war love story.

Home of the Brave and Fort Bliss were less about the war itself than its effects on soldiers returning home. Both featured female soldiers, but neither were very well-received.

Inglorious Basterds and Captain America: The First Avenger are too fantastical to be considered "war movies", but their female characters kick some butt.

A Call to Arms

And that's it. Those were the best I could think of. Kind of sad, isn't it?

So consider this a call to arms, Hollywood. History is filled with amazing stories of women soldiers. Let's see some. Our female heroes deserve better than this.