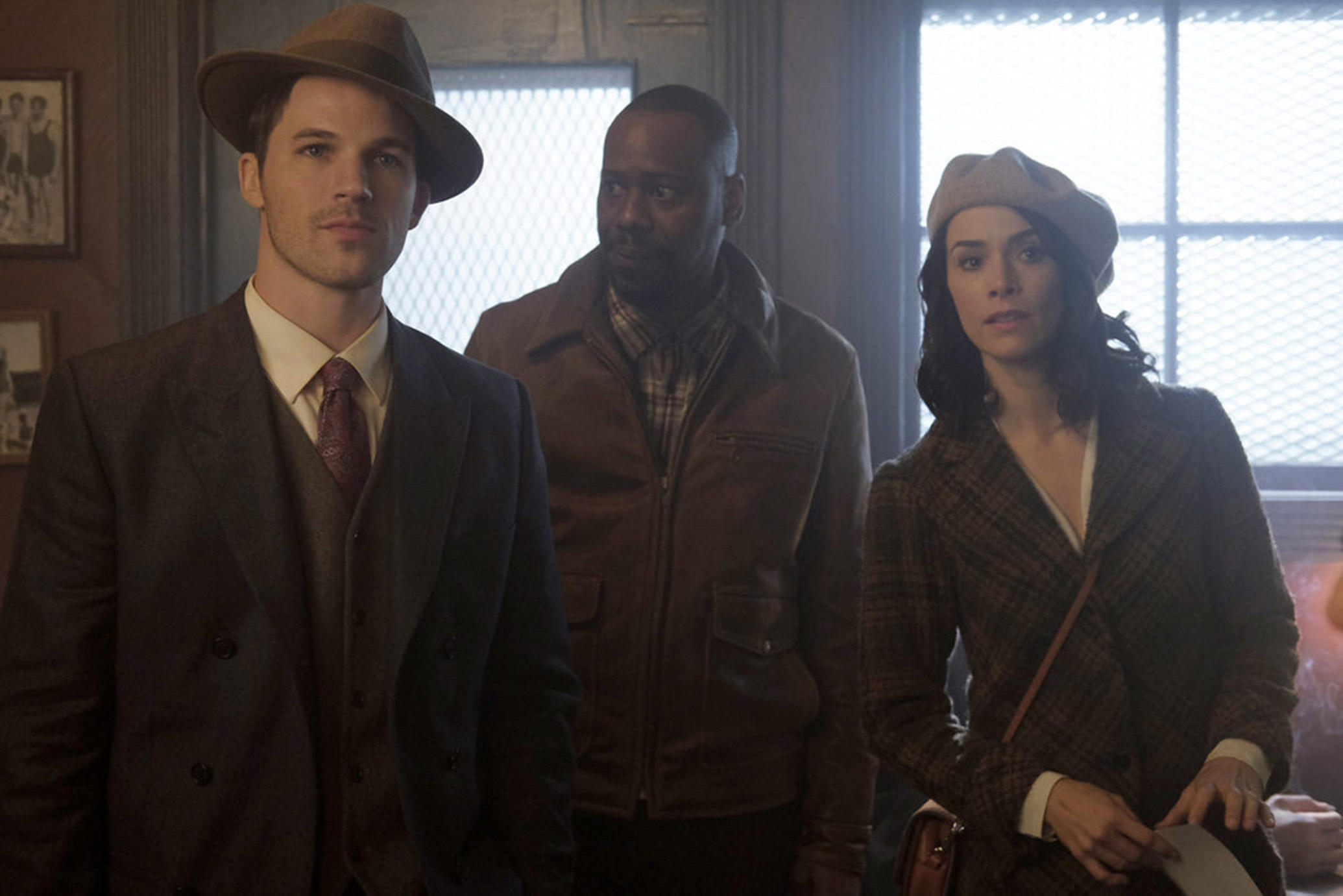 Timeless entertains as a campy adventure with occasionally-serious undertones.

Timeless was the show I was most looking forward to after my What to Watch highlights for this fall's TV season. I have a soft spot for time travel. While it wasn't quite what I expected, it's a reasonably entertaining show - a campy adventure with occasionally-serious undertones.

So This is Who You Found to Save the World

Things happen at such a whirlwind pace in the pilot episode that I can forgive them for throwing the first three vaguely-qualified people they could find into the time machine. It was interesting to see these guys thrown into the deep end with barely any preparation or training.

Lucy and Rufus - a historian and an engineer - are clearly both in over their heads. Ex-Delta Force soldier Wyatt may be good in a crisis, but he is completely out of his element on a time adventure.

They are all utterly unsuited for the job, and it shows. In the past, they stick out like sore thumbs. They can't even prepare the flimsiest of cover stories in advance, leading to amusing first-thing-that-pops-into-my-head fake names, like 'Nurse Jackie' and 'Denzel Washington'. In Party at Castle Varlar, I honestly wouldn't have been surprised if they zipped off to the depths of Nazi Germany without bothering to see if any of them spoke German.

And yet... their incompetence is strangely endearing. There's an amusing moment in the pilot episode where Lucy turns around and almost walks into the wing of an airplane. It perfectly illustrated that this isn't your typical group of top-notch heroes. They don't always save the day.

The most interesting aspect of the show for me is seeing the ripple effects of their actions when they return to the present. From reading about the Hindenburg being hijacked by the "Anarchist Black Cross" to discovering that they've become the stars of their very own James Bond adventure, it's nice that the writers acknowledge that you can't tromp around in the past without breaking a few eggs.

Of course, the biggest egg so far is the disappearance of Lucy's sister. Even if her disappearance seems preposterously coincidental (Lucy's great-great-granddad married a Hindenburg survivor? Seriously? What are the odds?), it adds an emotional weight to Lucy's story, and makes it clear that their failures (or successes!) in the past can have very real consequences. 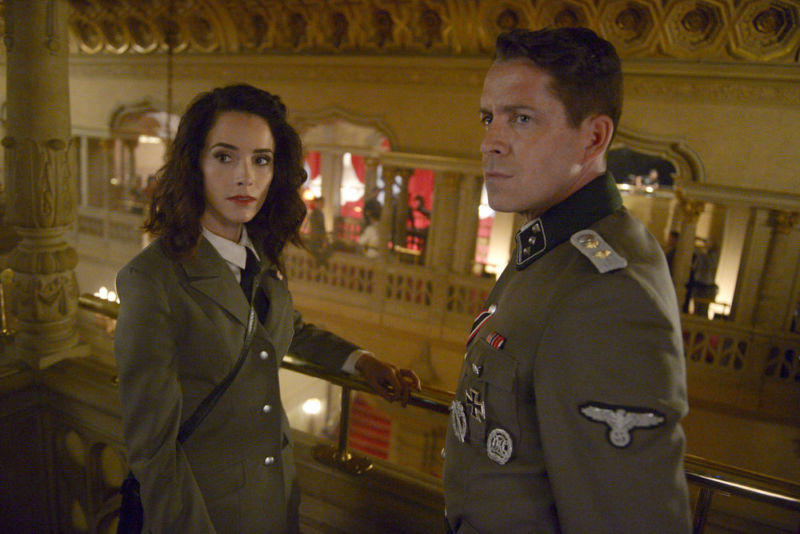 And yet they still continue to charge through their adventures like bulls in a china shop - especially Wyatt. The stakes should be higher, but they really aren't. It's like the show wants to be taken seriously, but not so seriously that it ruins the fun.

That balancing act is most evident whenever the heroes face a moral dilemma about changing history. In The Assassination of Abraham Lincoln, they have a great debate about whether they should actually try to save Lincoln. Is preserving "history" more important than saving a human life? What about the potential good he could do if he lived, and the suffering that they could spare his family?

The most interesting viewpoint on this comes from Rufus, who is definitely the show's MVP. When they talk about "history", he points out that what they're really talking about is "rich white guy history. Most of my history sucks."

The show has the guts to ask the questions that don't have easy answers...

...And then it breezes right past them with pat resolutions in a rush to get to the next action sequence. Serious, but not too serious, remember?

Lucy anchors the show well as a smart and determined protagonist. At first she came across a little too blase, but I think they've tempered that in later episodes. Her fangirling over Abraham Lincoln was cute, and I appreciated that Castle Varlar dealt with her coming to terms with the constant dangers they face.

It's nice, too, that she isn't the only lady around. The Homeland Security boss and Rufus' tech friend both have small roles and names I keep forgetting, but representation matters. And there have been a couple guest spots featuring women ahead of their times, like the globe-trotting Hindenburg reporter and JFK's power-playing mistress. 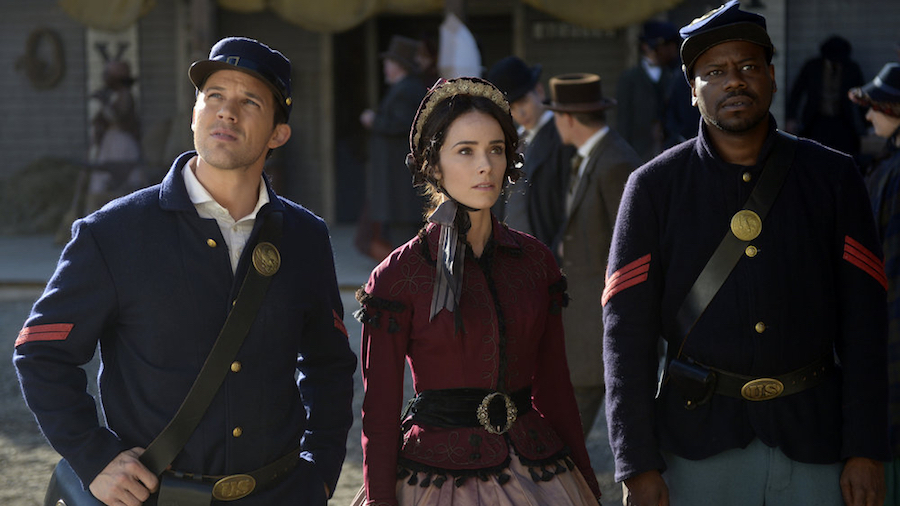 One challenge the show faces is that it's constantly throwing Lucy back into time periods where women had much less agency. The show has touched on Rufus' struggles as a black man in history ("So the back of the bus was amazing...") It'll be interesting to see if they do the same with Lucy.

Don't Think Too Much

In the end, Timeless is best enjoyed when you don't think too hard about its time travel science or impossible coincidences. Just accept the fact that Lucy is an expert on every piece of history imaginable, and that Rufus can turn a 30's era police radio into a tracking device, and that it totally makes sense for them to constantly bump into key historical figures everywhere they go. Grab some popcorn and enjoy watching these guys stumble their way through their next adventure.