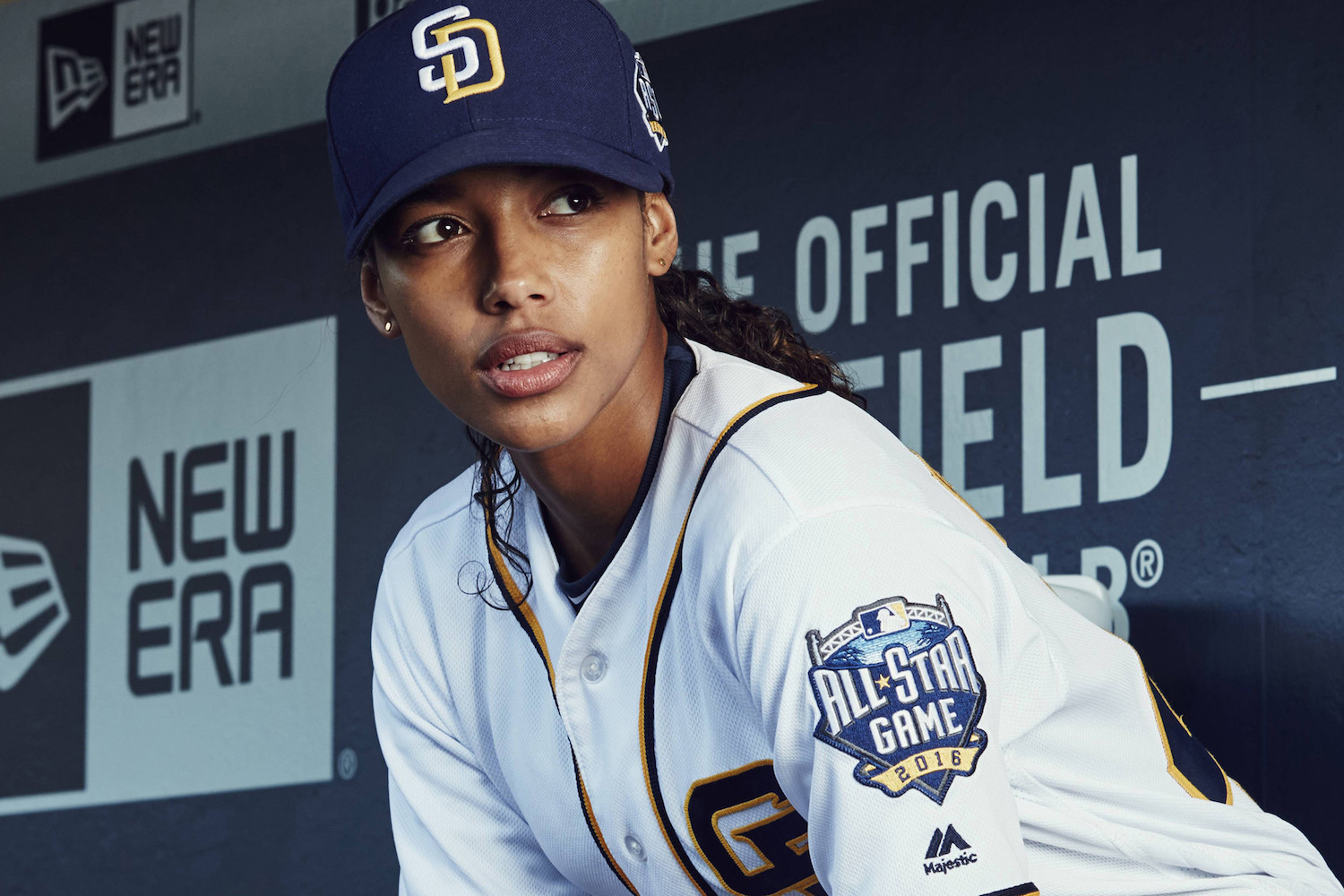 When I was a kid, my dream was to play professional baseball for the Pittsburgh Pirates. I still remember my 8th grade history teacher writing in my yearbook: "Be all you can be. Play ball." (By the way, thanks for the encouragement, Mr. F!) My dream eventually shifted to other things, but I will still confess to a certain amount of childlike glee when I saw the previews for FOX's Pitch, a serialized drama about Ginny Baker, the first (fictional) female baseball player.

Rookie of the Year?

Pitch could easily have been some saccharine Cinderella story where they shove Ginny's awesomeness down our throats. Refreshingly, they don't.

In the pilot episode, when Ginny (played by Kylie Bunbury) finally gets her first Major League start, it's a cringe-worthy disaster. She throws ten straight wild pitches before begging to be taken out of the game.

It was just the first of many ways in which the show highlighted what an insane amount of pressure someone like Ginny would be under, forced to be the poster girl for women in sports and the embodiment of so many little girls' dreams.

Ginny eventually redeems herself and has a solid second start, but the rest of her first season is not without its hiccups. I love that the show allows her to be great without requiring her to be perfect.

Another way that Pitch remains grounded is by incorporating actual baseball play into the episodes. Mark-Paul Gosselaar told the Hollywood Reporter how hard the stars work to make the baseball scenes look authentic: "Mo (who plays Blip) and I had the same mentality: We want to look the part. We don't ever want someone to say, 'That was a double' or 'I don't believe him as a baseball player.'" 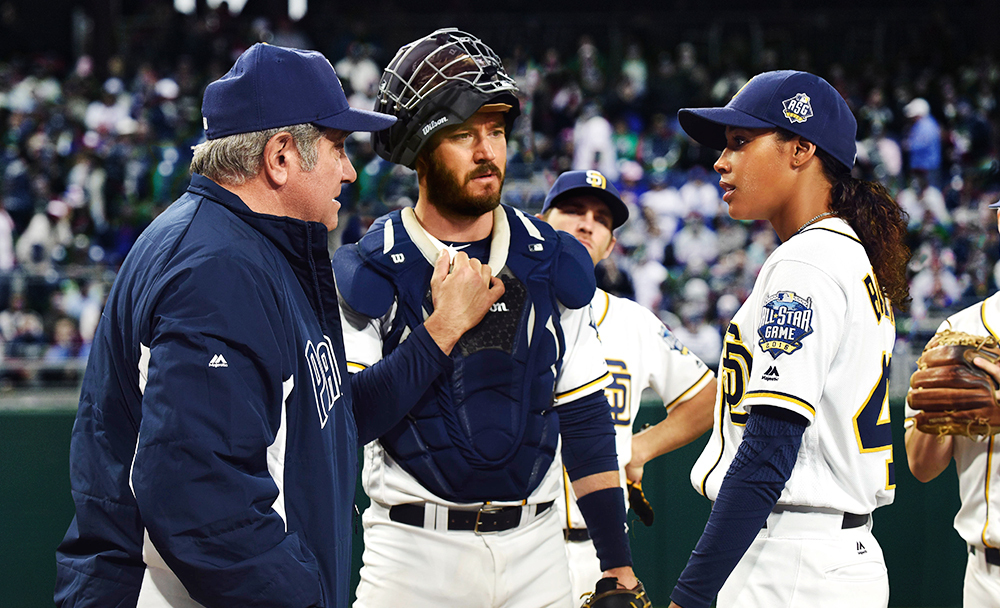 The MLB has lent its support to the show by allowing them to use real ball fields, uniforms and more. I'd say all their attention to detail has paid off. The sports footage was so convincing that one radio caller apparently thought Ginny Baker was a real player.

I also enjoy the faux sports media coverage they slot into every episode. From a fired-up female sports commentator to the more practiced 'FOX Sports' anchors, these scenes provide essential background material in a grounded, clever way.

All the Moneyball-type wheeling and dealing isn't really my thing, but it does add an interesting depth by showing what goes on behind the scenes of a MLB team. The front office and coaching staff are all great characters.

For a story about the first female anything, it would've been easy to put Ginny on an island to highlight her struggles. Happily, Pitch doesn't do that.

Sure, there are some players who resent her at first, thinking she's just a gimmick to sell tickets. Her old-school manager puts his foot in his mouth with some inappropriate statements. But once they realize that Ginny can actually play, it doesn't take them long to accept her.

The show also does a great job surrounding Ginny with other strong female characters, from her powerhouse agent Amelia (Ali Larter) to her friend Evelyn (Meagan Holder), who is much more than just a "baseball wife". There's even an episode where Ginny forms a sweet friendship with a random bartender college girl who helps her out of a jam. 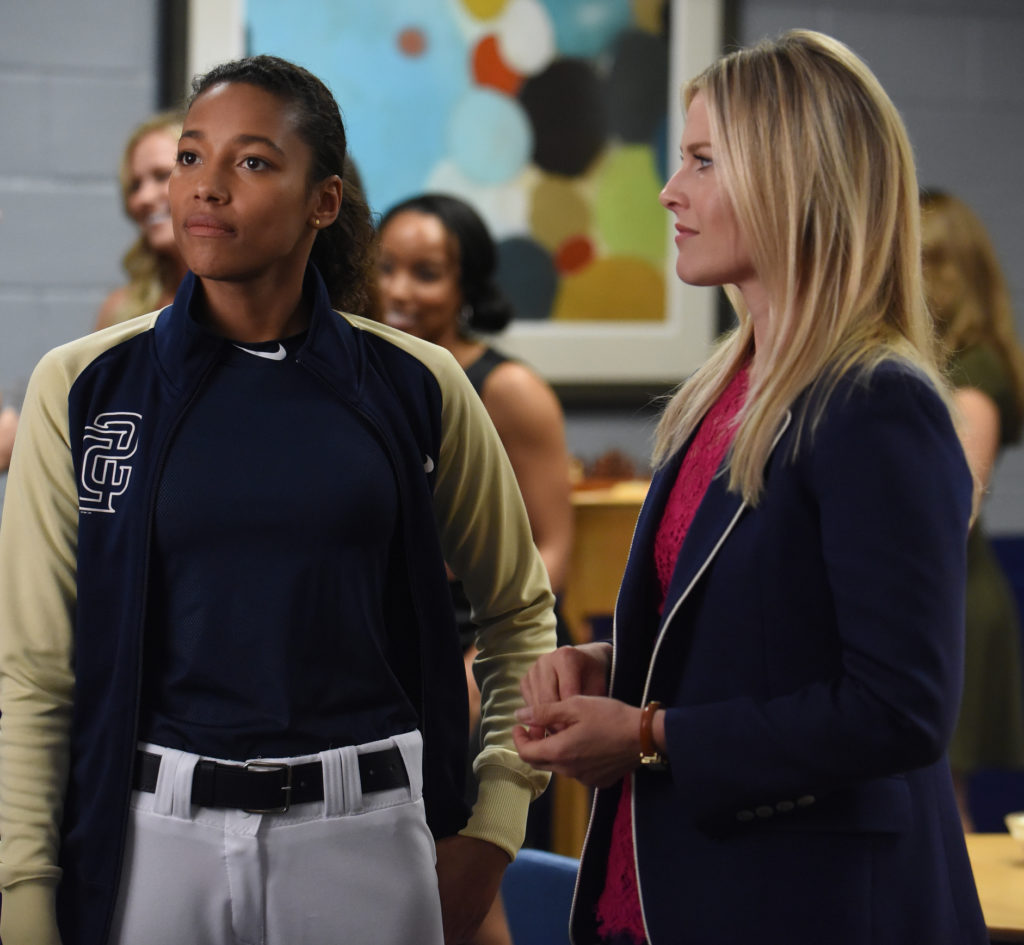 The male characters are pretty cool too. Mark-Paul Gosselaar shines as team captain and veteran catcher Mike Lawson, and Mo McRae brings heart as an outfielder who's also a family man and Ginny's old friend.

Pitch is on the bubble for a second season. Despite getting excellent reviews, it's struggled with the ratings. I hope that with the backing of MLB they're able to convince FOX to give them another chance. I would hate to see it fail and have people use that as an excuse that female-centric sports shows can't sell. Because girls need to see those sorts of role models too. Especially ones that deliver speeches like this:

But whatever happens in the future, Pitch delivered a winning season.