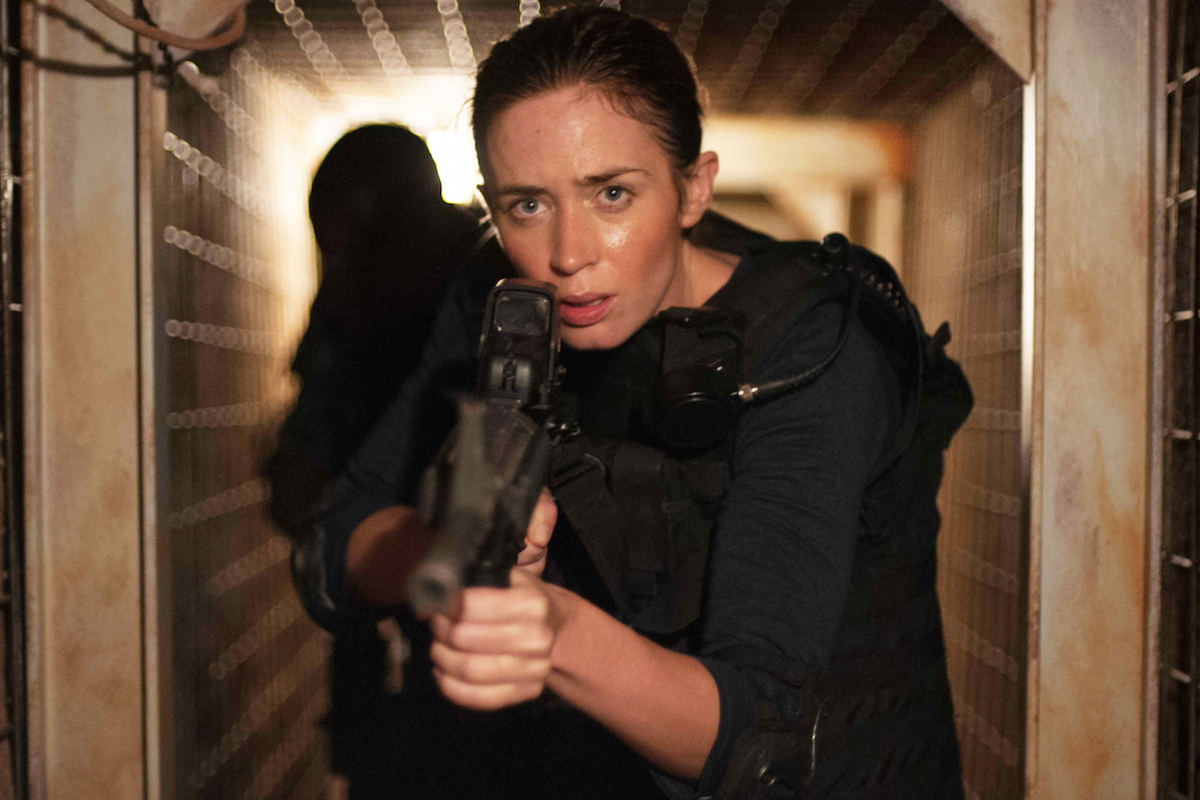 Compelling drama can't quite make up for the boy's club effect.

Sicario was hard film for me to review, because I had such mixed feelings about it.

Let's start with the good. The movie is a tense, thrilling crime drama. There are several edge-of-your-seat scenes, the most masterful of which has the agents driving through the streets of Juarez for a prisoner transfer. Despite all their weapons and training, and the posse of Mexican federal police escorting them with machineguns, the scene oozes danger and tension. That takes talent.

The performances are also awesome. Josh Brolin shines as a smarmy agent who may or may not be CIA. Benicio del Toro is riveting as a dangerous ally with a mysterious past. And many reviewers have already praised Emily Blunt's portrayal of FBI agent Kate Macer. She is, by turns, tough and vulnerable, steely-eyed and scared out of her mind. That unevenness is part of the problem I have with the film, but the acting was solid. 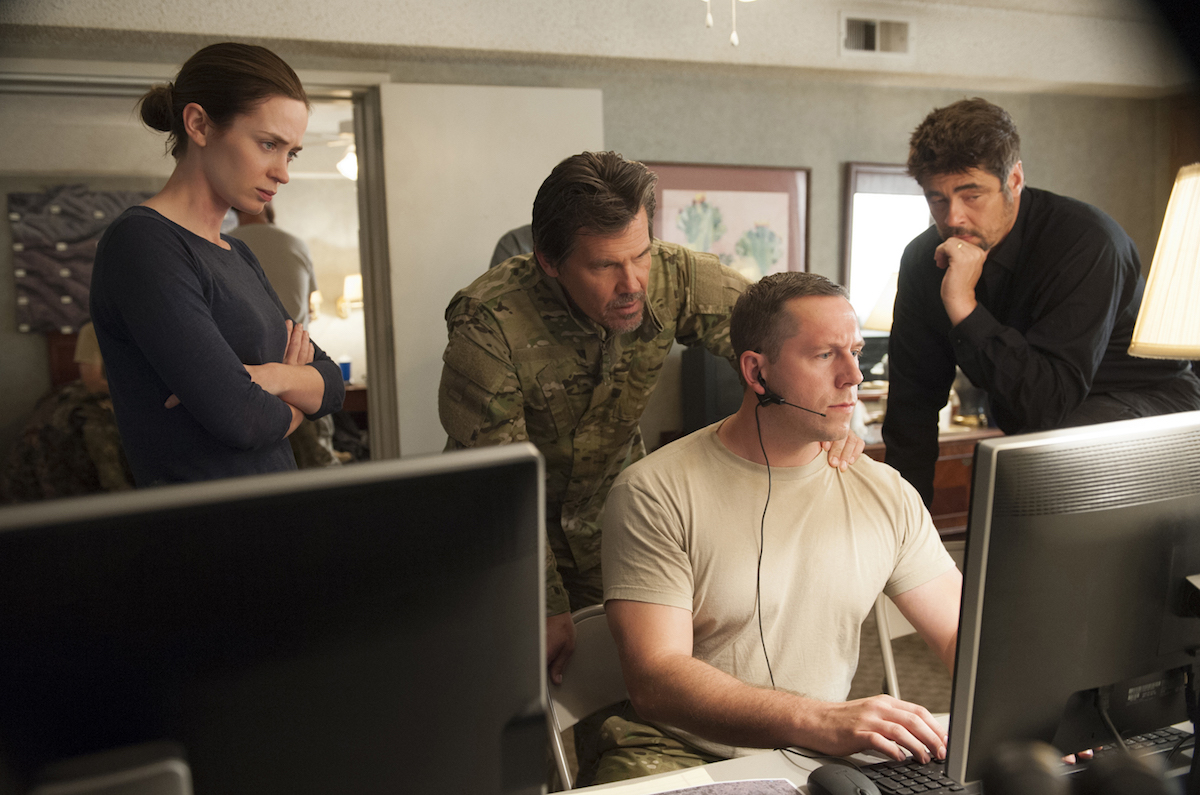 Out of Her League

It's fairly unusual to see an action/crime movie featuring a female lead, and there was reportedly some pressure to rewrite the lead character as a man. Fortunately the production team stuck to their guns, and director Denis Villeneuve told Entertainment Weekly, "I wanted a woman who would find her strength in a masculine world."

The trouble is... she kind of doesn't.

The opening act establishes Kate as gung ho field operative in charge of a FBI hostage rescue team. She's established such a solid reputation "kicking down doors" that she's pulled for a high-stakes taskforce going after the cartel leadership.

It's never fully clear why they would want such an idealistic, by-the-book cop to be a part of a shady operation (especially after rejecting her partner based on his background as a lawyer). That lack of logic, while necessary to set up the film's primary conflict, is a definite weak point.

Unfortunately, after a promising opening, the rest of the movie is devoted to Kate being routinely intimidated, dismissed, condescended to and assaulted by her male colleagues. As part of her "job interview" with Brolin's char, the only question he has for her is whether she's married and has kids. Seriously?

Attempts to humanize her character and provide some "depth" mostly involve having her (male) partner tease her about her appearance (including a WTF comment about how she should get a new bra) and how long it's been since she hooked up with anyone. Sigh. 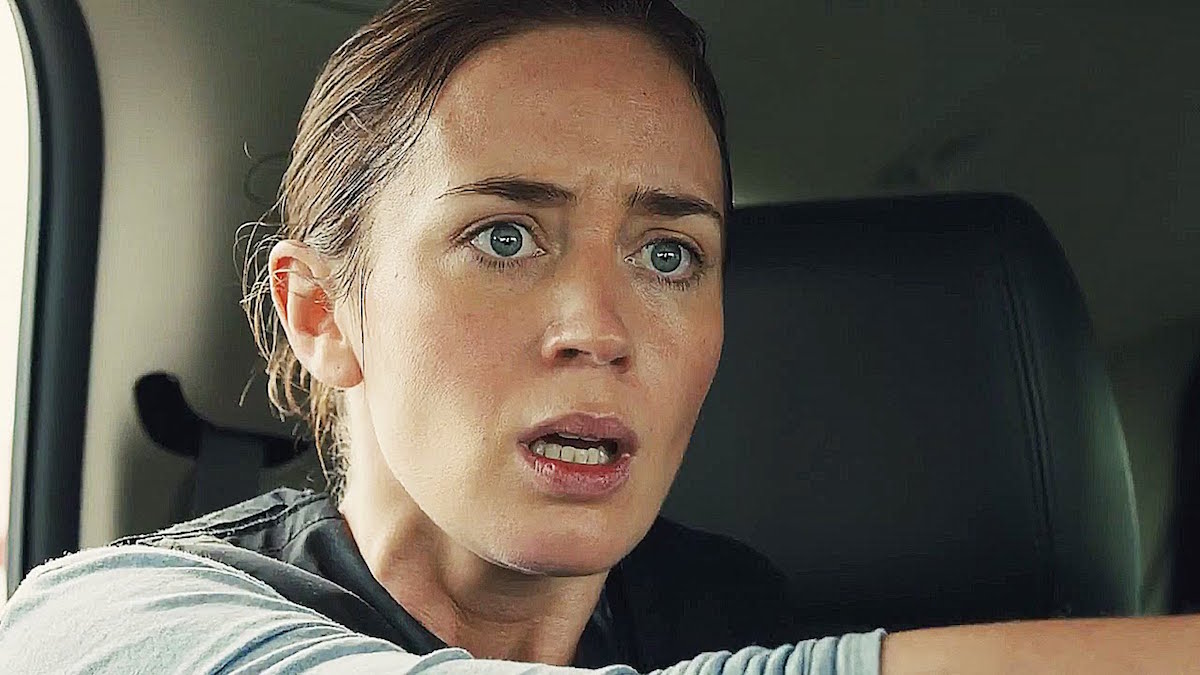 It is sadly neither uncommon nor unbelievable that the guys would do this. The problem is how Kate takes it all without ever really standing up for herself.

In one telling scene, Kate is frustrated about being kept in the dark about key points of their operation. It's not until her partner comes along and all but says 'let me show you how it's done, woman' that she finally gets a few answers.

Kate can hold her own in a fight, just not outside of one. Not only does she not rescue herself, she doesn't rescue anyone, or really accomplish much of anything. She's almost a spectator in her own movie.

So why am I even reviewing Sicario? This blog is supposed to be about strong female characters, not weak ones. It takes more than toting a gun and dropping F-bombs to make a character strong.

In the end, I decided to write the review for two reasons.

First, I wanted to celebrate Blunt's performance. I loved her in Edge of Tomorrow, and here she again proves herself to be an an awesome - if unlikely - action heroine. For all her character's flaws, Blunt never once fails to make Kate believable. She sells the movie.

Secondly, a character doesn't have to be strong to be compelling. There is something to celebrate about a movie like this featuring a female lead in the first place. I think it missed the mark, but that doesn't make it a terrible film. On the contrary, it was a pretty good one. I just wish Kate had grown more of a spine along the way.