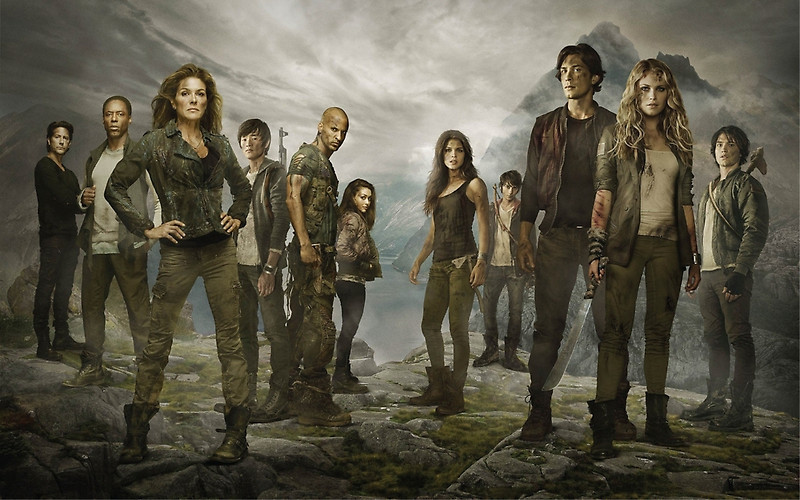 The 100, CW's post-apocalyptic adventure series, returned for its fourth season this week.

Set a hundred years after a nuclear war devastated Earth, the show began by focusing on a group of juvenile delinquents ("the 100") sent down from an orbiting space station ("the Ark") to figure out if Earth had become habitable again. To their surprise, they discovered that not only is it habitable, it was still inhabited with fierce, tribal survivors ("the Grounders"). Over the past few seasons, the scope has expanded to include the adults from the Ark and the Grounders as they all struggle to live together.

Who Runs the World? 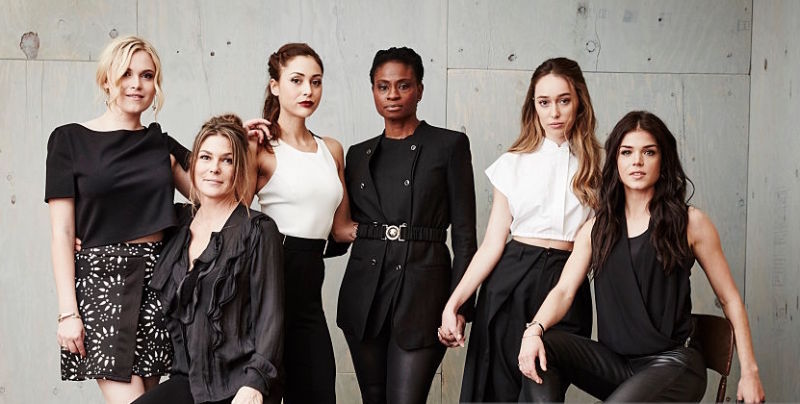 The show has been celebrated for having a diverse, female-driven cast. Dorthea James from CDA News remarked that viewers "get strong, independent characters, whether they are black, white, male or female." Paige Turco (who plays Abby) told IGN, "It’s so rare to have so many women on one show with strength."

Clarke Griffin (Eliza Taylor) is the show's main protagonist, a teenager who rises to be one of the 100's de-facto leaders. Her mother Abby (Turco), is a doctor and leader on the Ark. Octavia (Marie Avgeropoulos) is another of the 100 who finds more in common with the Grounders than her own people, and Raven (Lindsey Morgan) is an ace mechanic. As the Grounders get fleshed out, we find out that their commander (Alycia Debnam-Carey) and the tribal leader (Adina Porter) are both women. Later seasons introduce a variety of other women.

So many female characters in featured and/or leadership roles? No wonder Selena Neumark from Pop Matters called it a "feminist's dream". 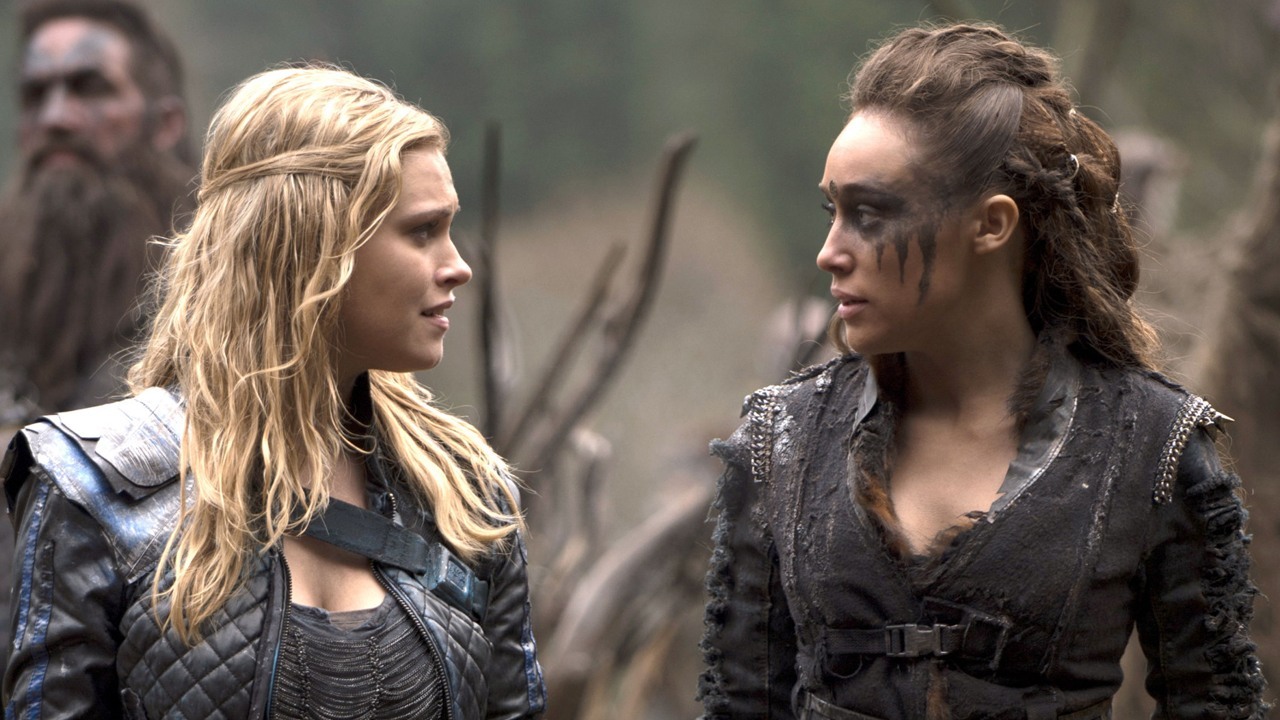 The thing I love best is that because there are so many female characters, the show doesn't feel beholden to make any one of them into a banner-waving Strong Female Character(tm). As Selina Wilken of Hypable points out:

"They’re strong and weak and bold and flawed and smart and selfish and heroic and stubborn and afraid. They place their trust in the wrong people and have weird senses of humor, they get hurt and feel betrayed, they have fun (er... that one time?), and they lead armies into battle."

The show also broke barriers by featuring LGBT characters without anyone in the show batting an eye. Creator Jason Rothenberg tweeted, "Sexuality in the world of The 100 isn’t binary. No one cares who you love."

A Bad Case of Fridge Logic 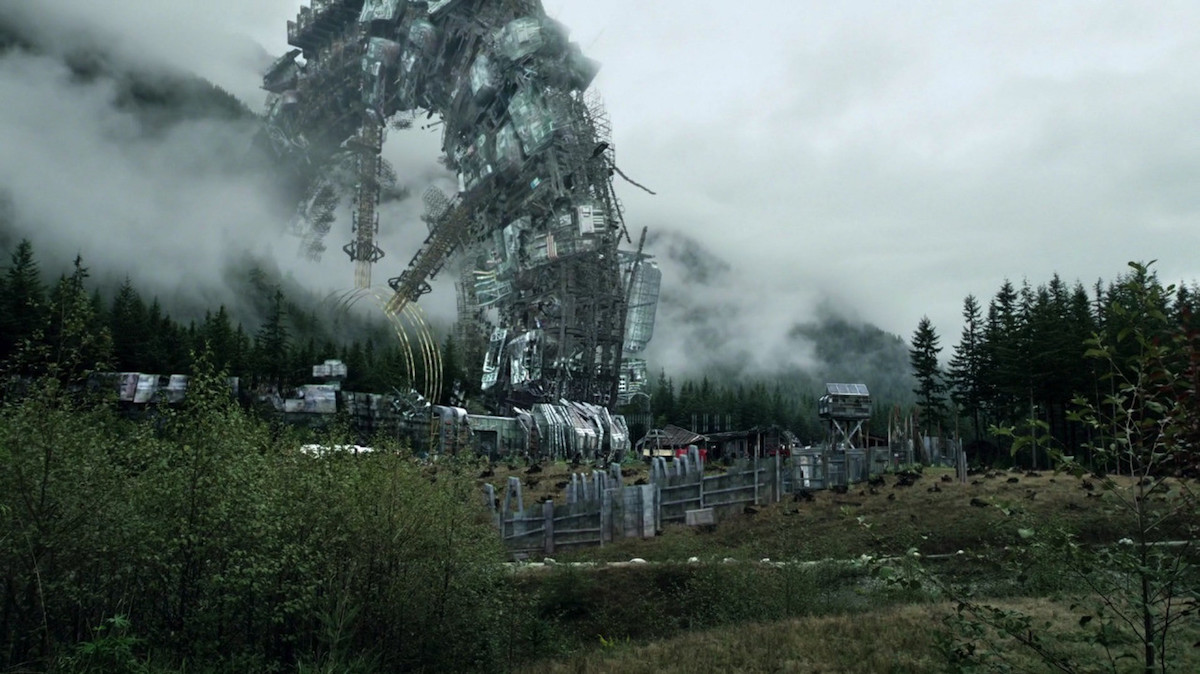 Unfortunately, all the good characters in the world can't make good stories, and that's where 100 is wildly uneven.

The show is at its best when dealing with thorny moral dilemmas: What to do when you have more people than you have air and food for? How much mercy can you afford for wrongdoers when every day is a struggle for survival? Should you warn a village that's about to be attacked if doing so could compromise the entire war? How far can you go to ensure your own survival at the expense of others? Powerful stuff.

But in-between those really great storylines are ones that take my suspension of disbelief into a back alley and beat it to a bloody pulp.

Background radiation that's weak enough for plants and animals to thrive but strong enough to freaking melt people? Magical anti-radiation resistance that can be transferred through a blood transfusion? A space station that crashes to Earth from orbit with enough force to embed it halfway into the ground, and people walk away with a few bruises? Ask my friends about Season 3's AI plotline and you just get a "Talk to the hand."

And don't even get me started on how the Grounders have managed to forget medicine, literacy and engineering over just a few generations, yet have managed to rebuild enough of an economic base to support a city of 20,000 people and giant wars with thousands of soldiers.

It's like the showrunners said: "As long as it's cool, we don't care if it makes sense."

And to be fair - it is pretty cool. I just often find myself being like: "Wait, that doesn't make any... OH SHUT UP AND ENJOY THE CHARACTERS."

Sometimes you take what you can get.

The 100 airs Wednesdays at 9/8c. Seasons 1-3 are available for streaming on Netflix.