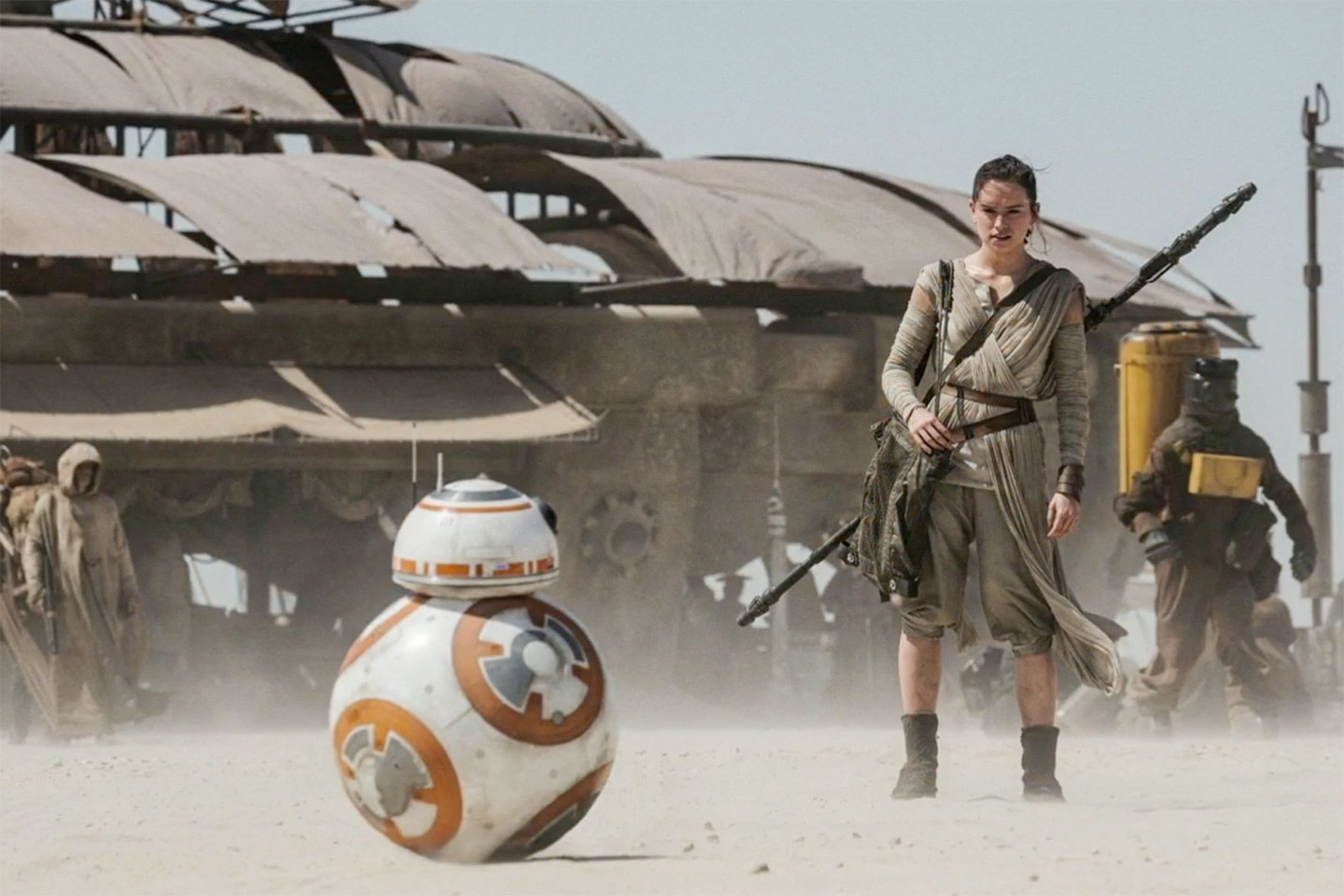 This review contains spoilers for Star Wars: The Force Awakens.

You have been warned.

A New Hope for a New Generation

And I mean that quite literally.

On a desolate desert planet, a young pilot stumbles across a droid with secret plans that are being sought by both the Empire and the Rebellion. After a daring escape aboard the Millennium Falcon, the pilot bonds with a surrogate father figure, hooks up with the Rebellion, and learns to use their latent Jedi talents. The pilot watches in helpless horror as the father figure basically lets the villain (whom they were once close to) kill them. In the end, the pilot helps to destroy the Empire's shiny new planet-killing battle-station.

The fact that this blurb could just as easily describe A New Hope or The Force Awakens (TFA) testifies to how similar their plotlines are.

But are all reboots bad? Jurassic World shared many of the same plot elements as Jurassic Park, but it was still awesome. And I absolutely loved the reimagined Battlestar Galactic series - even better than the original.

Although there were many similarities between the movies, the roles and plot details were different enough that it still felt fresh.

TFA may not be the most original movie, but I thought it was amazing.

With the knowledge that Harrison Ford had campaigned for Han Solo to get killed off in Return of the Jedi, his death in TFA was almost a foregone conclusion for me. For him to be killed by his own son, though... that was a harsh way to go for one of cinema's most beloved characters.

Harsh, but necessary. Director J.J. Abrams explained in an interview with Entertainment Weekly that it was an important way to establish Kylo Ren as a "worthy successor" to Darth Vader. It worked. Leia may still believe there's good in her son, but it's going to be hard to redeem himself from that. Then again, who would have thought Darth Vader could ever be redeemed?

Ford anchored the movie well, getting a meaningful arc while also bridging the gap between the old cast and the new. Nostalgia will only carry you so far, though. Fortunately the new group of Star Wars characters seems solid enough to take it from here. 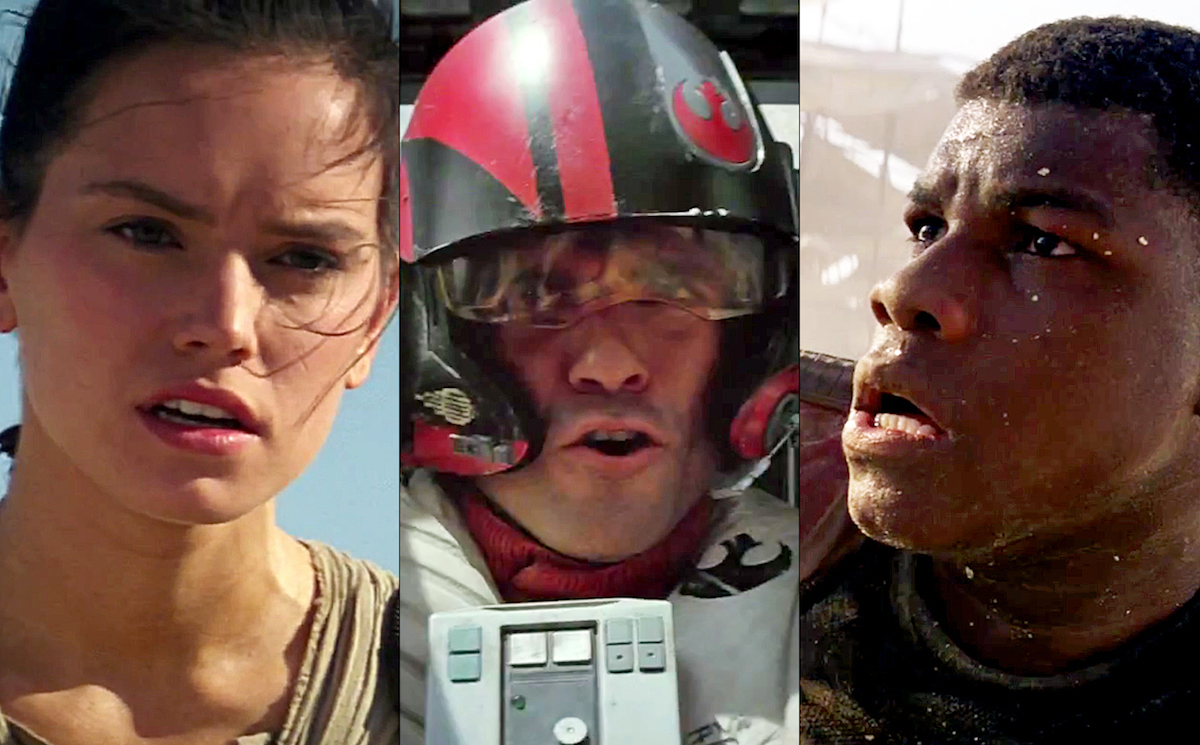 We didn't see a whole lot of Poe Dameron in this film, but I enjoyed his good-natured wisecracks. Hopefully he'll have a bigger role in future installments.

Finn's role was an odd blend of meatiness - a child soldier forced to confront the "dark side" of the world he was raised in - and light-hearted fun, but it worked. The running gag of him pretending to be part of the resistance was amusing, particularly when Han called him "Mr. Big Deal".

Star Wars, like so many films, epitomizes the Hero's Journey monomyth described by Joseph Campbell. You don't often see this journey applied to women. In fact, Campbell has (in)famously commented about a woman's alleged place in this journey:

“Women don’t need to make the journey. In the whole mythological journey, the woman is there. All she has to do is realize that she’s the place that people are trying to get to.”

Not only does TFA show that a woman can have the traditional Hero's Journey, it does so without constantly bashing us over the head with the fact that she's a woman. It's not: "Wow, look at what she can do even though she's just a girl." Rey's not routinely undermined or underestimated (though there is a nice moment where she snarks at Finn's protectiveness: "I can run without you holding my hand!") She doesn't need to constantly prove herself.

She just is, and that's refreshing.

Also refreshing is the way movie incorporates women into other roles, countering the tradition that all women in the Star Wars universe are either princesses or space hookers (video NSFW).

Leia is now a General, leading the entire resistance, and Captain Phasma is a respected Stormtrooper commander. There's even a female X-Wing pilot who flies in the big battle at the end. That may seem like a trivial thing, but representation matters, and sometimes it's the little things that matter the most.

Not everyone was thrilled with Rey, though. Some of the criticism lashes out at Rey as being a "Mary Sue" - a character who's too good to be true.

I don't want to side with the haters here, but did Rey really need to be so good at everything? She's an amazing pilot, an astonishingly gifted mechanic, a great melee fighter, and essentially self-teaches herself to be a Jedi in thirty seconds. They could have toned it down a little. 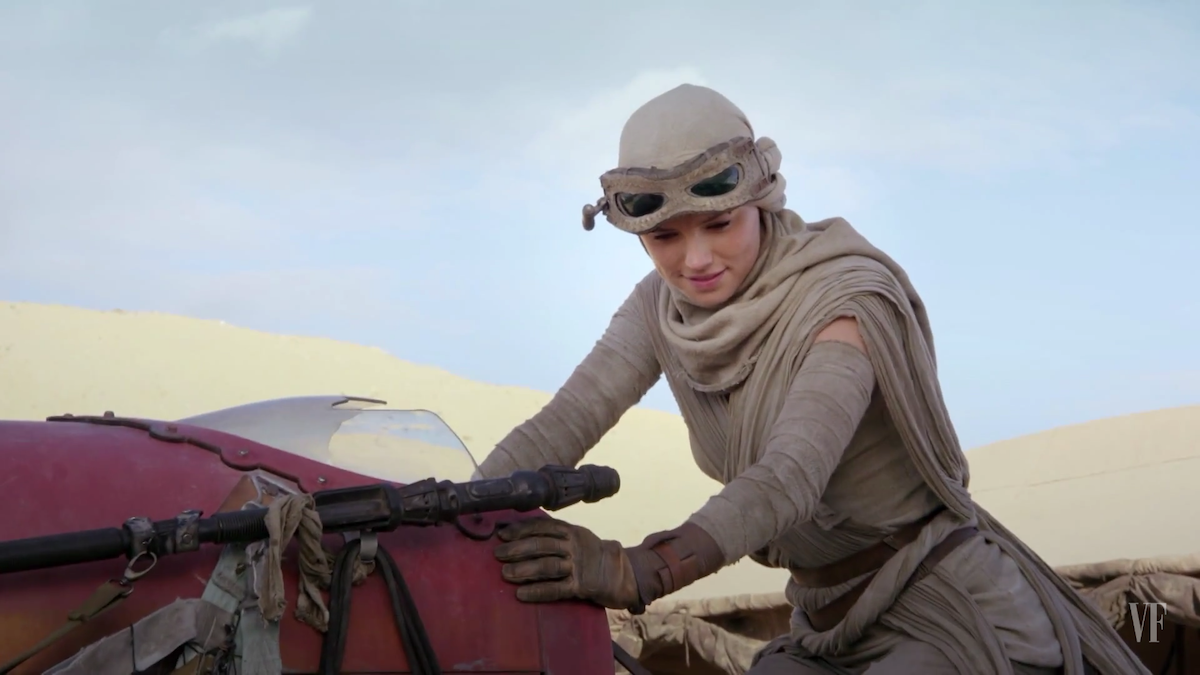 That said, Rey isn't flawless enough to be a true Mary Sue. She's naive and impulsive. She's got a truckload of abandonment issues. She makes bad decisions - like wandering off into the forest in a huff and getting captured. The first time she fires a blaster, she forgets to take the safety off. She's good, but she's not perfect.

Also, let's not forget that heroes of her caliber are not without precedent in the Star Wars universe.

Anakin Skywalker was an amazing pilot - the only human capable of podracing. He won the Boonta Eve Classic when he was nine years old. He also built C-3PO from scratch and single-handedly blew up the droid control ship in the Battle of Naboo.

But everyone hates the prequels, so let's talk about Luke Skywalker instead. Remember him - the farmboy from Tatooine who was also an amazing pilot? After about five minutes of training with Obi-Wan, he was deflecting blaster bolts from the trainer and later that same day blew up the Death Star. He never did finish his training with Yoda, but still managed to defeat Vader.

Compared to these guys, Rey fits right in. As Tasha Robison of The Verge writes:

Back in 1977, were we wringing our hands over whether Han Solo was too suave and funny and cool, or whether Luke's access to the "powerful ally" of an all-connecting, all-seeing, all-powerful Force that "binds the galaxy together" made him way too overpowered? Are all the male superheroes in the Marvel Cinematic Universe boring because they can summon lightning or smash buildings?

Of course not. It's just a silly argument, and we wouldn't be having it if Rey were a man.

I also feel obliged to point out that Rey only beat Kylo Ren after he was grievously injured by a bowcaster and Finn's lucky lightsaber strike. He was emotionally distraught after killing his own father, and for half the battle Kylo wasn't actually trying to kill Rey but to turn her to the dark side. There are also hints that Kylo may not be the greatest force user to begin with - his tantrums, his sparky lightsaber. Rey's victory might have been a stretch, but not by much.

My daughter loves Star Wars, but TFA is a little too intense for her. I can't reasonably expect the world to stay spoiler-free long enough for her to see it, so I decided to let her in on the big reveal:

"Guess what? You know the girl in the new movie, Rey? She's a Jedi."

You should have seen her eyes light up, with the biggest smile on her face. "Seriously?!?!"

It was the same smile I had when that lightsaber flew into Rey's hand.

Girls need heroes too. I'm glad TFA gave us a good one.

Over the Moon About Miles and Loretta