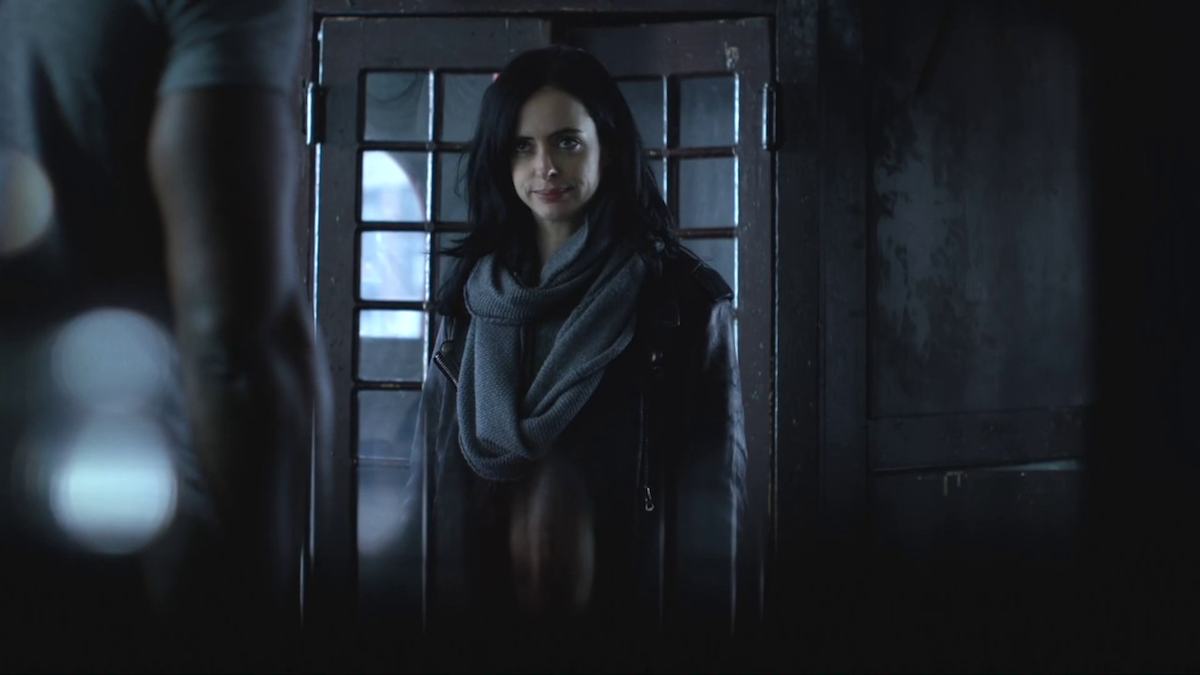 The second episode of Marvel's intelligent drama answers some questions and raises others.

It's strange recapping a binge-able TV series, without weekly installments to drive the schedule. If anything, it's forced me to pace myself so I don't end up having to recap six episodes in one week :)

A Trail of Bodies

This installment is as much about the villain as it is the hero. As Jessica follows the trail of ruined people left behind by Kilgrave, the show paints a chilling picture of Kilgrave's sadistic tendencies.

We see the paramedic who tried to help him, left an invalid after Kilgrave stole both his kidneys. Yes, both, even though he only needed one. That's colder than cold. (It makes me wonder what happened to the medic's partner, though. Plot hole or loose end?)

We see the once-gifted transplant surgeon he co-opted into performing the operation, so traumatized he's now hiding out teaching night classes at some community college.

We see Hope, in jail after being forced to kill her parents, alternately despondent or bitterly lashing out at Jessica.

Jessica: "It's not your fault."

Ouch. And then later telling Jessica that she should kill herself? Doubly harsh.

Hope and Dr. Karada both drop ominous hints as to the extent of Kilgrave's obsession with Jessica.

The end of the episode finally gives us our first glimpse of Kilgrave himself. Making himself at home in the family's apartment, forcing the kids to go into the closet... CREEPY.

In a cinematic universe that's always trying to outdo itself with bigger/badder/more villains and higher stakes, the show deserves kudos for giving us one of the scariest bad guys I've seen.

Thanks to the refreshingly-competent police digging into Jessica's affairs, we learn more about bartender Luke (he has a name!) The mysterious woman in the bathroom picture was Luke's dead wife, and Jessica and Kilgrave were somehow involved in the bus crash that killed her.

It's not quite clear how, though. The brief flashback appears to show Jessica walking away from Kilgrave before the bus crashed. But since she's obviously carrying around a busload full of guilt over the incident, I think there's more to it than that.

Side note: While Jessica was digging around the hospital for info on the bus crash, I thought it was hilarious that she kept using references to TV shows. "Dr. Carter", "Seattle Grace", etc. And the other nurses' reactions were priceless. The show does have its lighter moments. Occasionally. 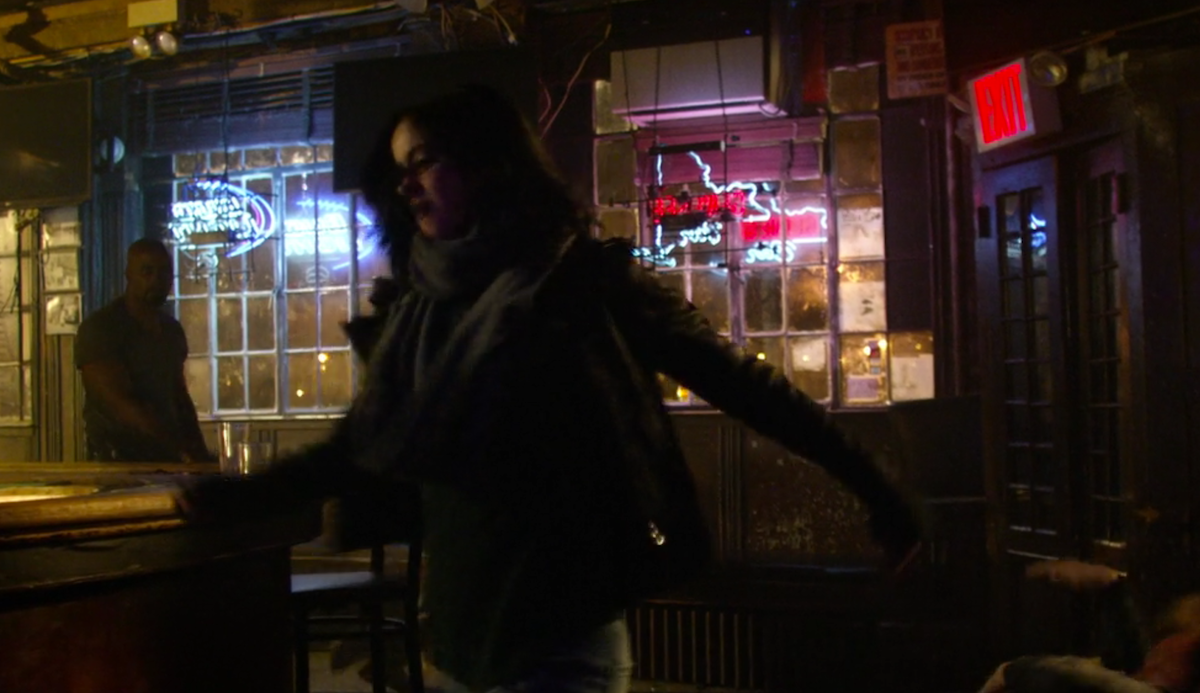 And Luke has superpowers! Unbreakable skin, to be precise. Seeing the two of them wipe the floor with the jealous husband's rugby team was great - especially Luke's almost bored reaction to the onslaught. Most amusing, though, was Jessica's gobsmacked reaction to seeing Luke's powers.

I enjoyed seeing Trish's dogged (if sometimes misguided) attempts to be a friend to Jessica. Clearly she needs one, and Jessica finally calling Trish back was a big step toward pulling herself out of the hole she's in. 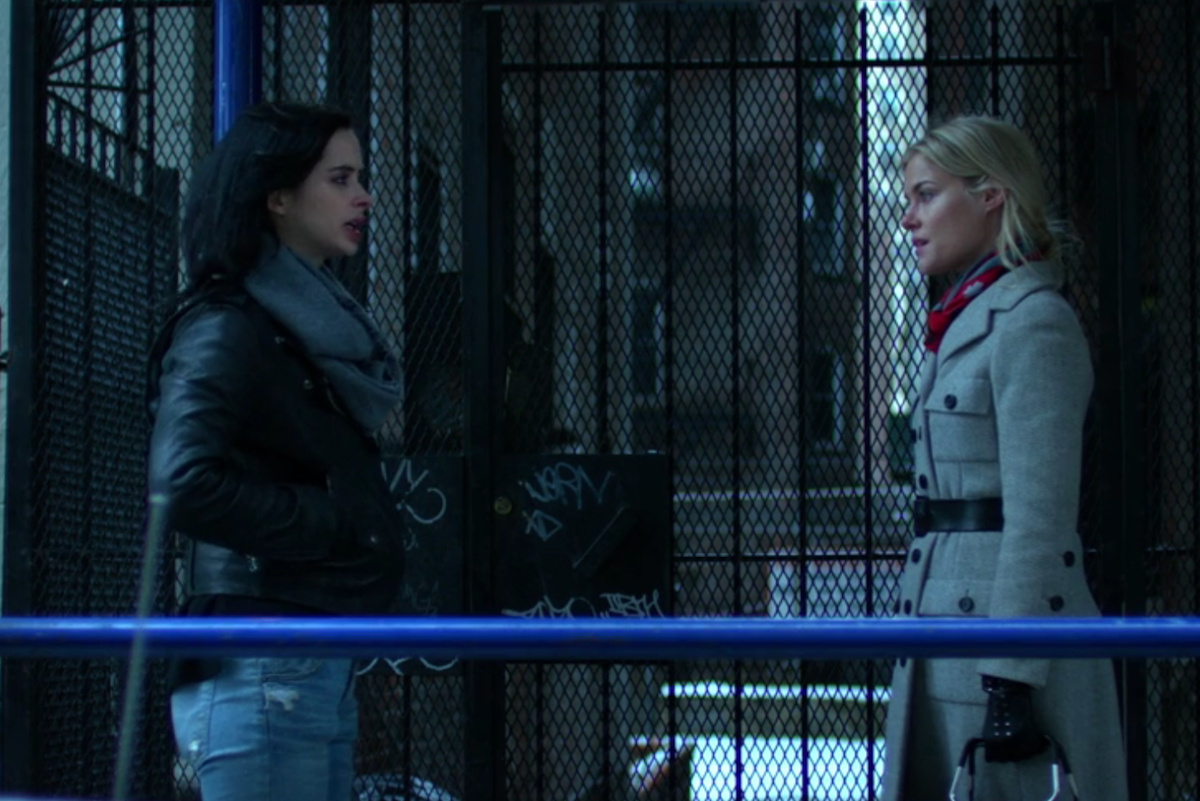 I never read the comic book, so I have no idea what the history is with Jessica, Trish and Alias Investigations. But clearly it's a deep one. They were once roommates - best friends, even - and Trish doesn't need Jessica's protection "any more". She's taking some pretty hard-core self-defense classes, but why?

I'm sure the show will continue to dole out those morsels in time.

Last but not least, Kilgrave's refusal to submit to general anesthesia during the kidney transplant surgery may have given Jessica a clue as to his weakness.