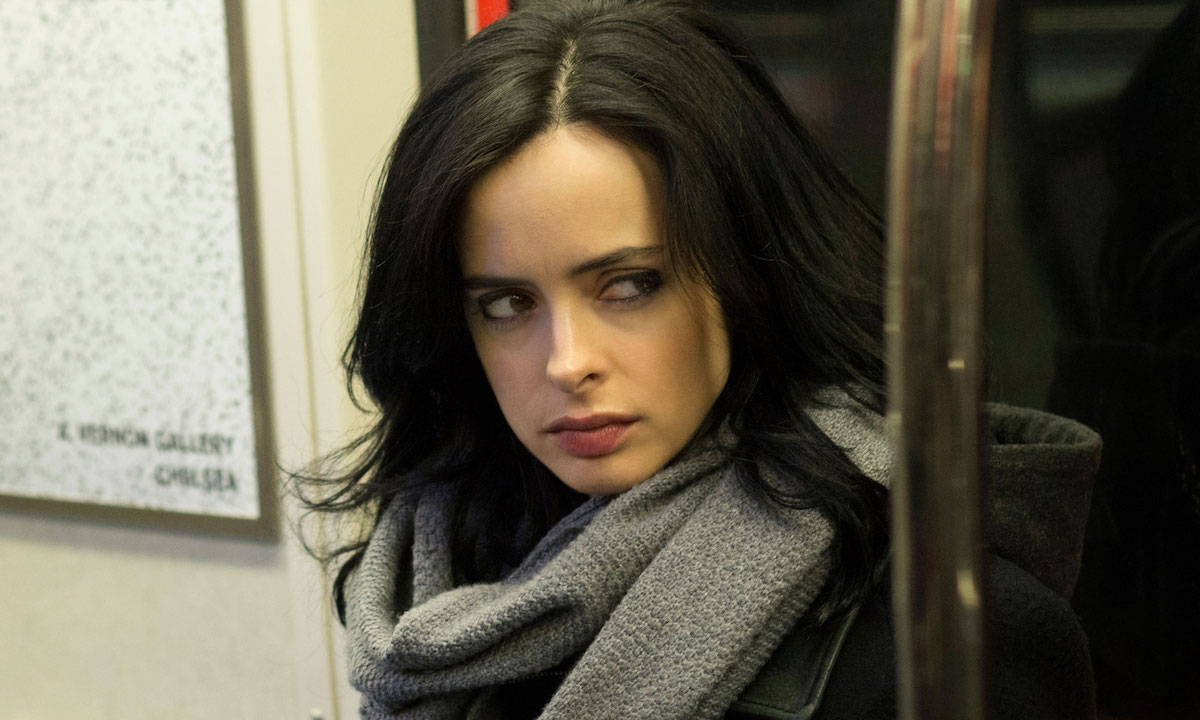 Marvel's TV series Jessica Jones may be based on a comic book, but make no mistake - this is a show for grown-ups. With adult themes, deep characters and intelligent writing, the series is proud to be labeled "dark".

A Different Kind of Hero

"A big part of the job is looking for the worst at people. Turns out I excel at that." - Jessica Jones

Jessica Jones is not your typical superhero. She doesn't wear a costume. She doesn't have a secret identity. We know she has powers, but the first episode provides only glimpses of them.

Yet for all her super strength, Jessica is damaged. She's sarcastic, sullen, hard-drinking and volatile. A past encounter with a supervillain has left Jessica with severe PTSD and a serious case of disillusionment. Superhero stories often feature death and destruction on an epic scale. This show explores a more personal, human toll.

Krysten Ritter shines in the title role, bringing an impressive mix of strength and vulnerability to the character. She's surrounded by an equally compelling cast of supporting characters, including Mike Colter as a mysterious bartender, Carrie-Anne Moss as one of Jessica's regular clients, and David Tennant as her nemesis.

The first episode did an outstanding job establishing the characters with just enough detail to leave us wanting more. It doles out morsels of information without beating us over the head with clunky exposition.

When we meet Trish, for example, we don't really know who she is. How in the world is an upscale talk-show host connected to this hard-bitten private eye? Are they sisters? Exes? Old teammates? We have no idea, but it doesn't matter. Even without knowing the exact nature of their relationship, the show paints a clear picture of a strained yet deep friendship. 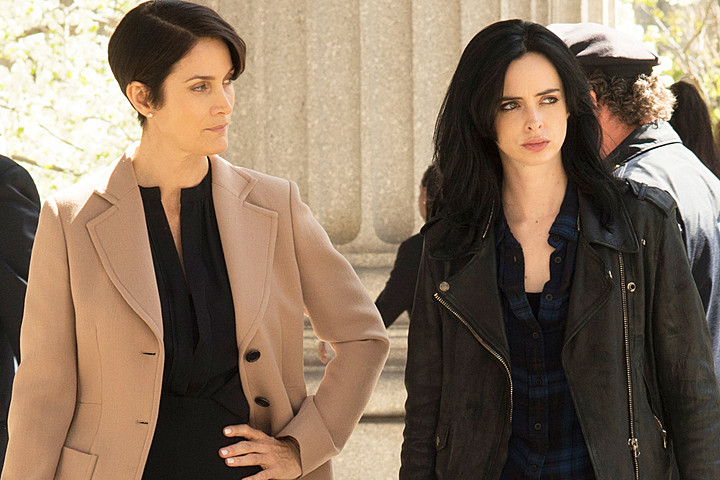 Jessica's relationship with Carrie-Anne Moss' Jeri Hogarth is also interesting. It's hinted that Hogarth knows of Jessica's "methods", though it's not clear to what extent. Hogarth is not painted with a very sympathetic brush here, stand-offish and cheating on her wife. But, as their amusing exchange about Jessica threatening a guy with her "laser eyes" showed, she's not without a sense of humor.

The show deserves special props for giving Jessica not one, but two meaningful relationships with other women. It's a rare example of a genre show clearing the Bechdel Test bar with flying colors.

A Walk on the Dark Side

The men on the show are equally compelling. The first episode introduces us to Luke, the enigmatic bartender who seems to have captured Jessica's attention for more than the obvious OMG-he's-so-hot reasons. (Ahem.)

Why is she stalking him? Who is that woman whose snapshot in the bathroom freaked her out so badly? Again, the show teases us with just the right amount of details. 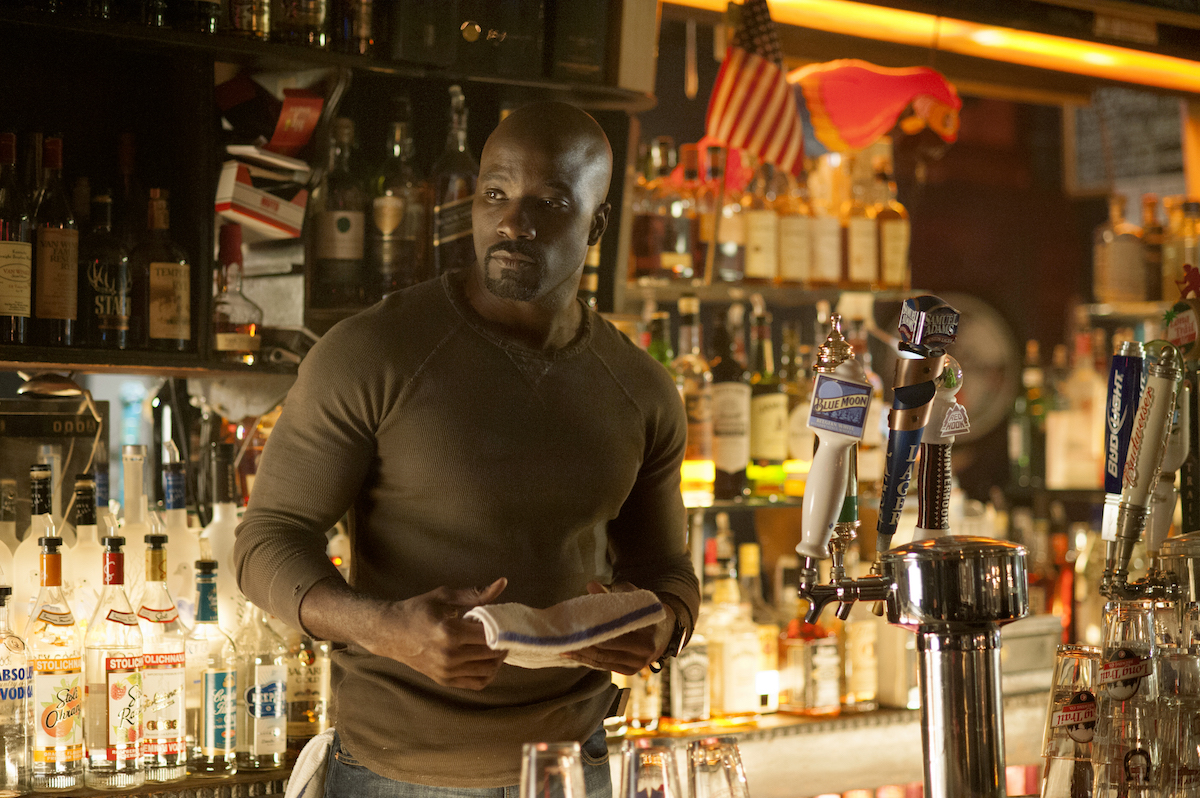 We don't see much of Kilgrave, Jessica's nemesis - we see only the wreckage he leaves in his wake. Kilgrave is not your typical mustache-twirling supervillain bent on world domination. His domination instead is a far more personal form of psychological torture.

The scenes of Hope's reaction to Jessica's rescue, and her subsequent execution of her parents, were downright chilling.

I like that Jessica Jones doesn't follow the typical hero's origin story. Jessica has had her powers for awhile, and apparently even had a stint doing the superhero thing. Again, we don't know exactly what happened, but obviously it didn't go so well.

"You're still the person who tried to do something." - Trish

When confronted with the fact that Kilgrave is back, Jessica's first impulse is to get the hell out of Dodge using Hope's stolen credit card. Not exactly a heroic reaction, but a completely understandable one.

Jessica's story is one of facing her fears and seeking redemption for the ones she couldn't save - including herself. In some ways, that's even more heroic than saving the world for the umpteenth million time.

Sicario: The War on Drugs Gets Ugly