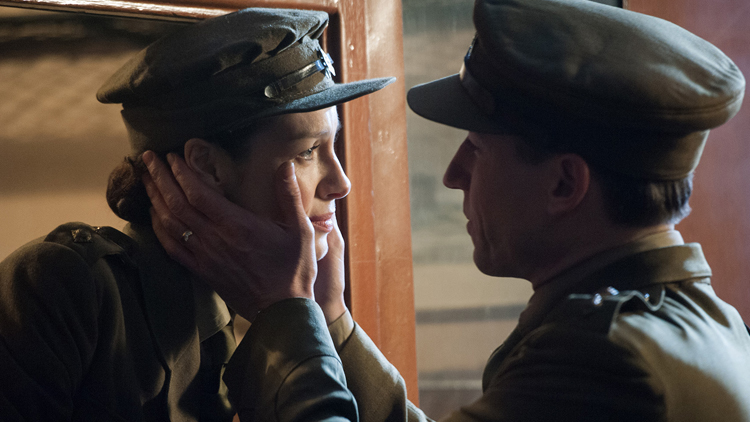 Music was a highlight of Outlander's first mini-season.

Outlander has finished its initial run, going on hiatus until next April.

The acting was superb - especially Tobias Mendies playing the dual roles of Frank and Black Jack Randall. The scenery was gorgeous; they really did a good job with the set and costume design to bring the world to life. Legions of fans went ga-ga over Jamie the Hot Highlander, but I couldn't get past that mop of unruly hair. I am Team Frank, and I like how the show has spent more time than the book developing his character.

So there was a lot of good to be found, but the pacing was just too slow. It might have been more bearable had I not read the book first, but knowing what was going to happen robbed it of any tension or mystery whatsoever. At various points it felt like the story was just plodding along. And while I know there are many who swoon over the steamy love scenes, I prefer my TV to be a bit more PG-13. Call me old-fashioned.

The thing I loved best was the music. There's a really neat blog by composer Bear McCreary describing the process he goes through when scoring the episodes. He was also the guy who did the music for the new Battlestar Galactica, which had a very unique feel to it. A lot of the technical details sail way over my head, but I find it fascinating to see all the thought that goes into the music. It's something that's easy to take for granted but which adds so much to the series.

I'd like to see a spinoff with Frank and Claire in WWII. (I know, not bloody likely, but a girl can hope.)