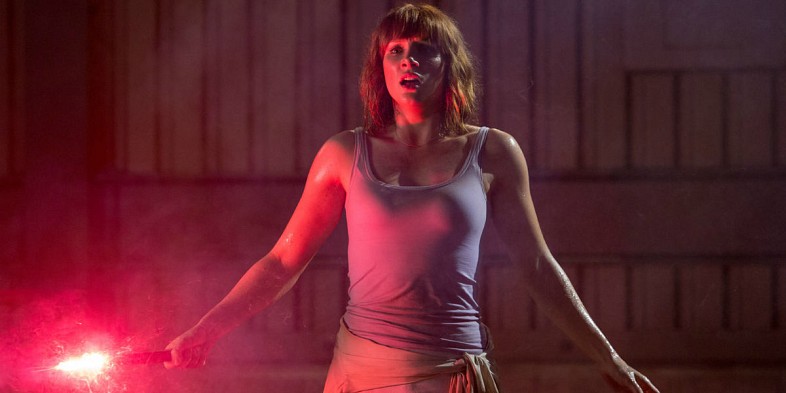 Jurassic World is a Fun But Flawed Thrill Ride.

There's a priceless exchange in Jurassic Park 2 (The Lost World) where park visionary John Hammond proudly - if naively - proclaims that he learned his lesson after the first park's disastrous failure. "Don't worry. I'm not making the same mistakes again."

Twenty years after the events in the original film, John Hammond's vision is finally a reality: Jurassic World. The events of the first three films are integral to the plot, but this new generation of dino-keepers hasn't learned a darn thing. They're bound and determined to make all the same mistakes as their predecessors.

It makes for a fun thrill ride, but I frequently found myself wishing someone would smack some sense into these people.

3D in all the Wrong Places

The special effects are amazing, the dinosaurs are cool, the dialogue is witty and the pacing is perfect. Unfortunately, the characters all so one-dimensional you feel like they might blow over in a stiff breeze.

Owen, the movie's hero, is in charge of an experimental Velociraptor training program. Played by hunky Chris Pratt, he struts his way through the movie telling everyone things they really should have the sense to realize on their own. Naturally, none of them listen. He's fun but shallow. 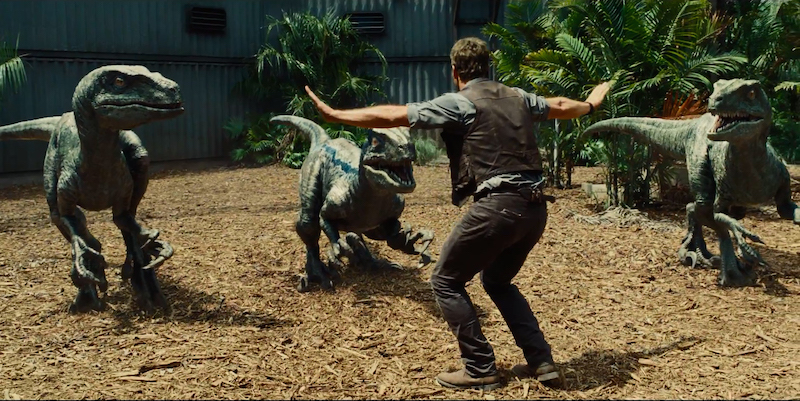 Claire, played by Bryce Dallas-Howard, is the park's administrator. Aloof and arrogant, she's too busy counting pennies and wooing corporate sponsors to give her visiting nephews the time of day - that is, until they're in danger of becoming dinosaur bait.

The other characters are largely forgettable.

Before the movie even premiered, it was drawing criticism for being sexist in its portrayal of Claire. Director Colin Trevorrow defended the film, making it clear that he intended Clarie to be a strong female character. But is she really?

Claire is a one-note character - an almost verbatim embodiment of the defrosting ice queen trope. Now, tropes aren't inherently evil. As the TV Tropes article says, it can be "wish fulfillment for both men or women". But many view that particular trope as being inherently sexist, since the woman changes because of the man.

In the beginning of the movie, Claire comes across as capable in the business world but cold and disconnected from the people around her. She can't remember her newphews' ages; she leaves her assistant to pick them up instead of welcoming them herself; she refers to the dinosaurs as "assets" rather than acknowledging that they're animals. In short, she's a jerk.

I truly don't mind the story arc of a woman who needs to realize she's a jerk and alter her priorities. That shows growth. What I take exception to is the movie's (apparent) message that what this competent career woman really needs is a hot guy and a couple of kids to thaw her frozen heart.

So the question then becomes: Can a strong character emerge from a lazy, stereotypical, sexist story arc?

For me the answer is a lukewarm 'yes'.

By the end of the movie, Claire has grown into a decent human being and found her inner badass. She's risked her life for her nephews and done her part to save the day. She's not perfect (not by a long shot) and her growth came (in part) for the wrong reasons, but where you end up is more important than where you started.

Still, it's a disappointment in a franchise that gave us Ellie Sattler, an undeniably-awesome feminist action hero.

In the end, though, the paper-thin human characters and sexist controversy almost don't matter, because the real stars of Jurassic World are the dinosaurs.

The Indominus Rex is a worthy foe - crafty and scary. Owen's Raptors show more personality than their human counterparts, and the Mosasaurus (the giant crocodile-like creature featured in the trailer) totally steals the show. The final showdown at the end was itself worth the price of admission.

As Kyle Smith of the New York Post writes:

"Motorcycle, Chris Pratt, sprinting dinosaurs: If you require more than that out of a movie, you’re being unreasonable."

I wouldn't go so far as to say unreasonable, but personally? That's enough for me. Just check your brain at the door and bring a lot of popcorn.

All photos from Universal.