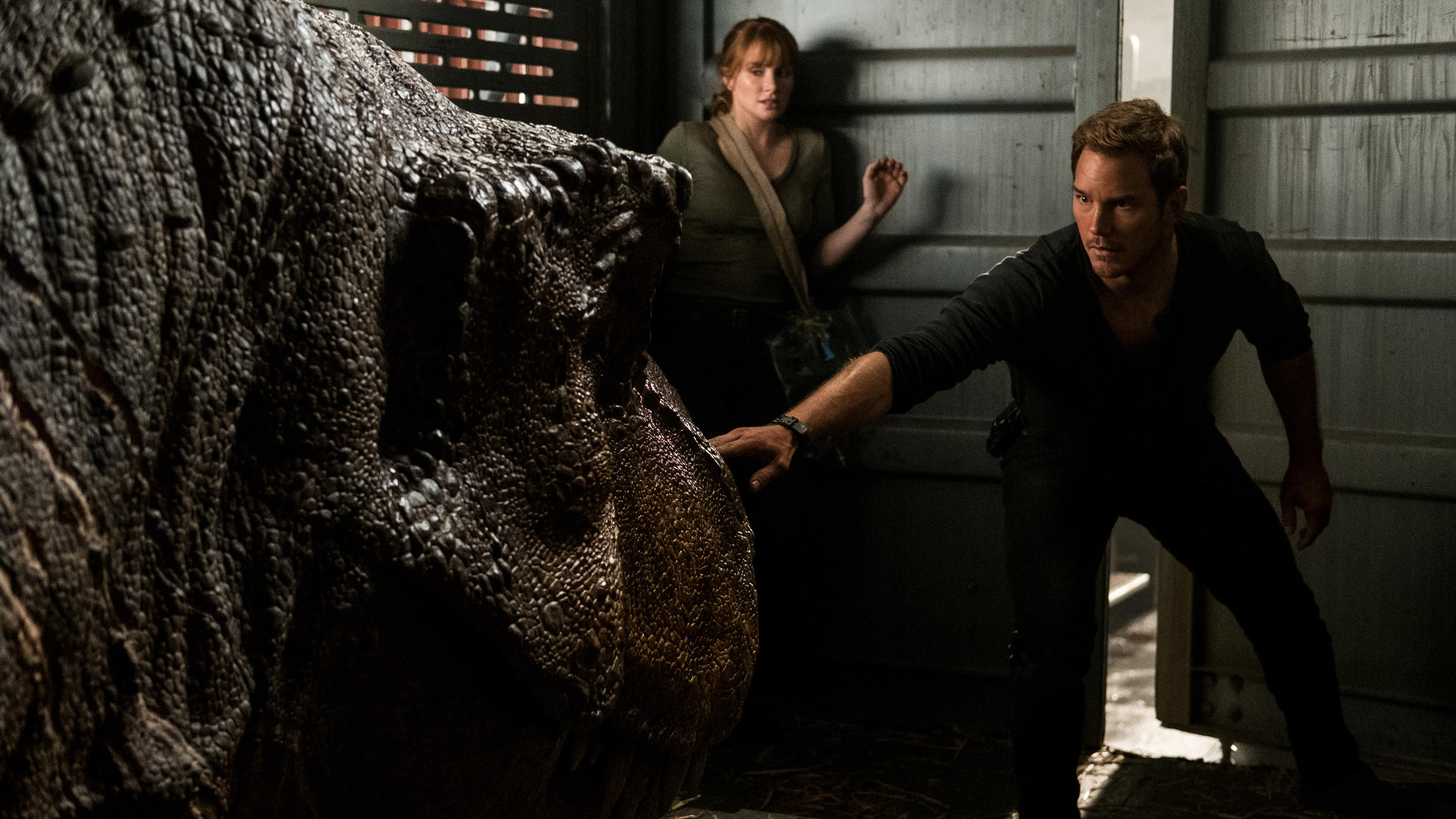 The new Jurassic sequel is dumb but fun.

The best movies in the Jurassic Park franchise feature intelligent, resourceful characters struggling to survive while caught up in events outside their control. Alan saving the kids from the car in the tree; Ellie surprised by a Raptor in the power room; Tim on the electric fence; Owen hiding under the truck from the I-Rex; Owen and Claire dodging fighting dinos on the boardwalk... in these moments the peril was organic and believable. The thrills were earned.

The worst movies in the franchise rely on B-movie horror tropes where you're slapping your forehead or yelling at the screen while the characters compete for Darwin Awards. Bandaging the baby T-Rex; stealing Raptor eggs; wandering through the dino-infested jungle yelling "Eric!" on a megaphone... you're almost rooting for those idiots to get eaten. 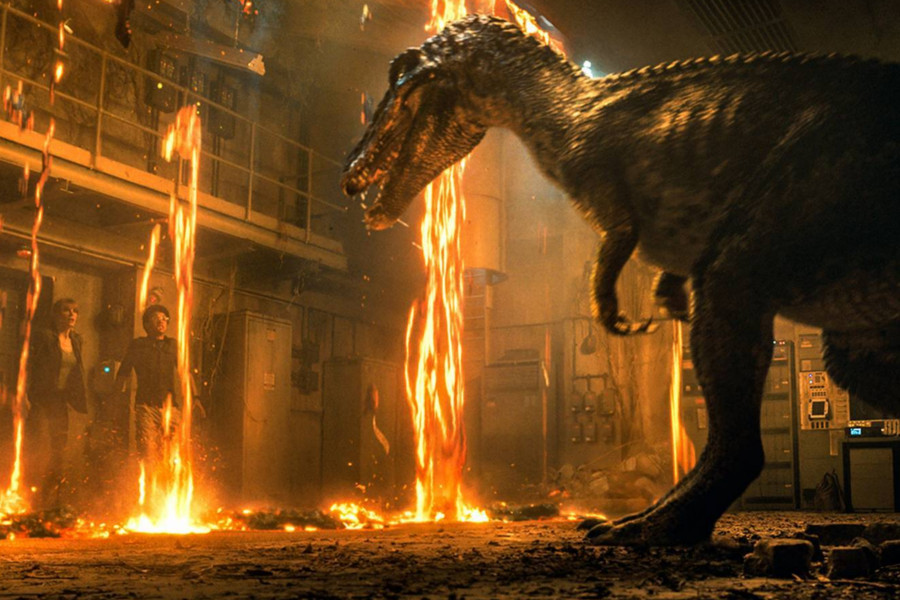 Fallen Kingdom, unfortunately, falls more into the latter category. In one early scene, Claire and one of the new characters are trapped in a control room while lava pours in and a vicious dinosaur threatens them. Sounds pretty tense, right?

Except for the fact that neither of them noticed the exit hatch five feet away. Like... geez. If they'd had to do something actually clever to escape, that would've been a pretty neat scene. But to have all the peril hinge on "We were just too oblivious to realize where the exit was..." makes everyone look stupid.

In Fallen Kingdom, the long-dormant volcano on the island is about to erupt and kill all the dinos. The question becomes: Should we try to save them (as we would any other endangered species) or let nature take its course (again)?

I guess it's an interesting ethical question but... the dinos aren't really endangered, are they? They could just clone more. And haven't enough people been killed by these dinos to give people pause that maybe, just maybe, we should cut our losses? 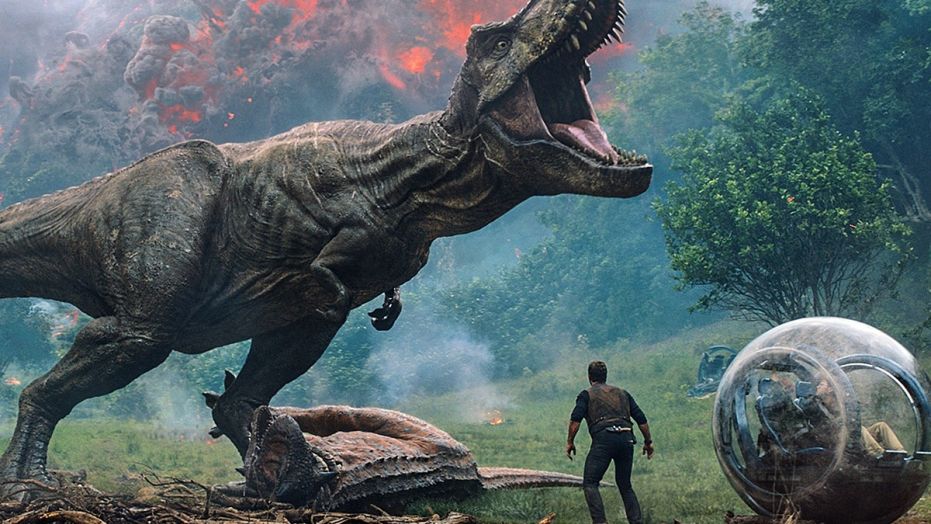 The other half of the movie hinges upon a bunch of nitwits thinking that they can turn dinosaurs into battlefield weapons just because Owen - after several years of hand-raising - managed to train a bunch of Raptors to just barely not eat him.

These are just two logical issues in a movie with more plot holes than Swiss cheese. I could go on and on busting on all the ludicrous plot twists, but it would take too long.

Despite all these problems, Fallen Kingdom had its moments.

A stampede of dinosaurs fleeing from a volcano; a daring underwater rescue; people being stalked through a mansion by a Raptor (reminiscent of the kitchen scene from the original); Owen and Claire trying to draw blood from a T-Rex (don't ask)... it was amusing, mindless fun. 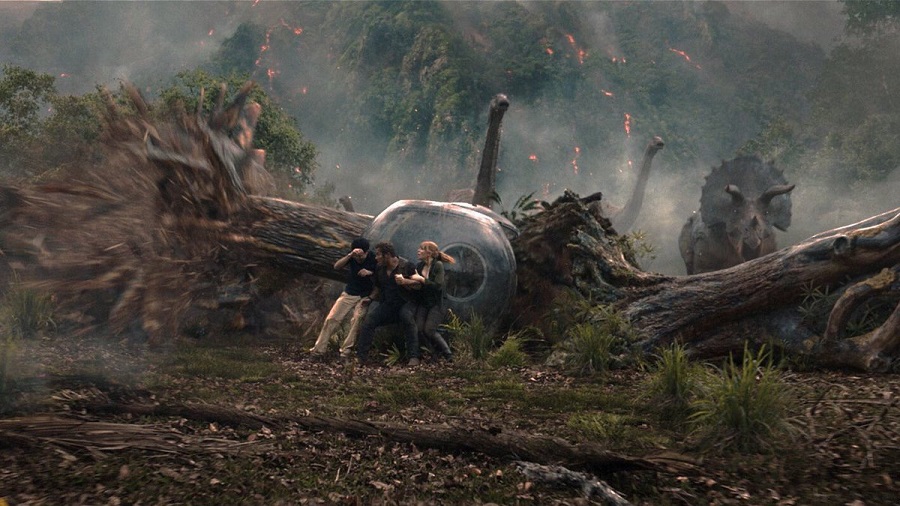 Claire got involved more in the action this time around, and the movie winkingly addressed the high-heel controversy of its predecessor. Instead of just being the love interest/mother figure, she's driving the story as a dinosaur activist trying to save the creatures she once saw only as "assets". She falls to the wayside in the second half of the film, but it's still progress.

There's also another female dino-vet character (who holds her own despite being pretty one-dimensional) and the requisite kid-in-peril character in the form of the grand-daughter of Hammond's old business partner. This makes Fallen World the first Jurassic movie to have a more balanced male/female ratio - especially if you count Blue the Raptor, who's really the hero of the movie.

Side note to Hollywood: Making the supporting-girl a tough smartass and the supporting-guy a screaming ninny may subvert the genre tropes, but it's still lazy characterization. Do better, okay?

So yeah, the movie kind of sucked - especially compared to the 5-star original, but I still enjoyed it. I've liked all of the Jurassic movies - even the bad ones. The dinosaurs may not be quite as magical, but there's still something inherently cool about people getting chased by a T-Rex.