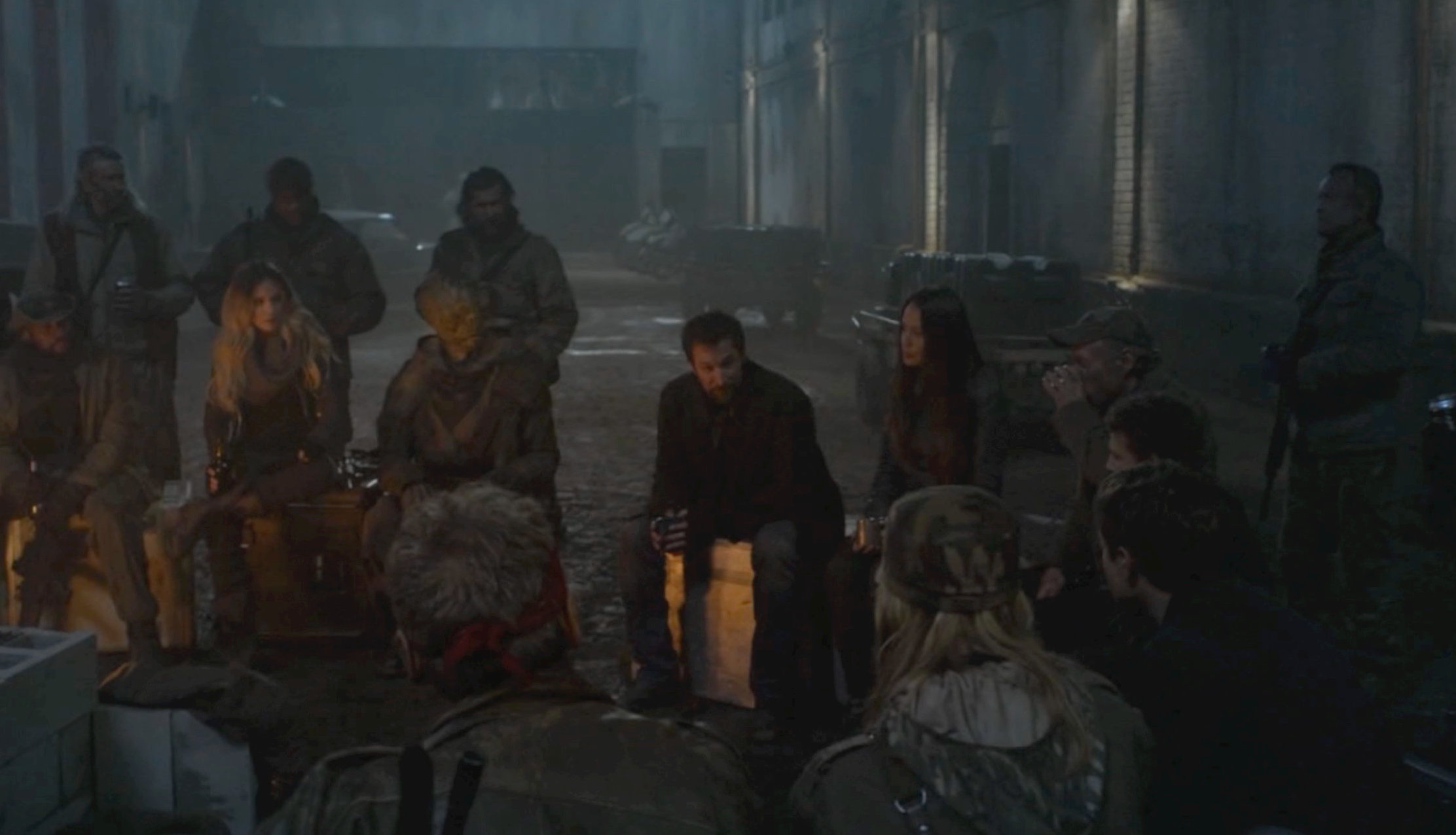 Falling Skies ends - not with a bang, but a whimper.

Goodbye to the Skies

What drew me to Falling Skies was the promise of a post-apocalyptic show about family and survival. As executive producer Stephen Spielberg said in an interview back in 2011:

I've always been interested in how we survive and how resourceful we are as Americans. How would the survivors feed the children? How do they resupply themselves militarily in order to defend and even take back what they have lost? ... I tend to always come back to the family as a touchstone for audiences to get into these rather bizarre stories.

The first season, built around these themes, was awesome. I became invested in the Mason Family and their allies. 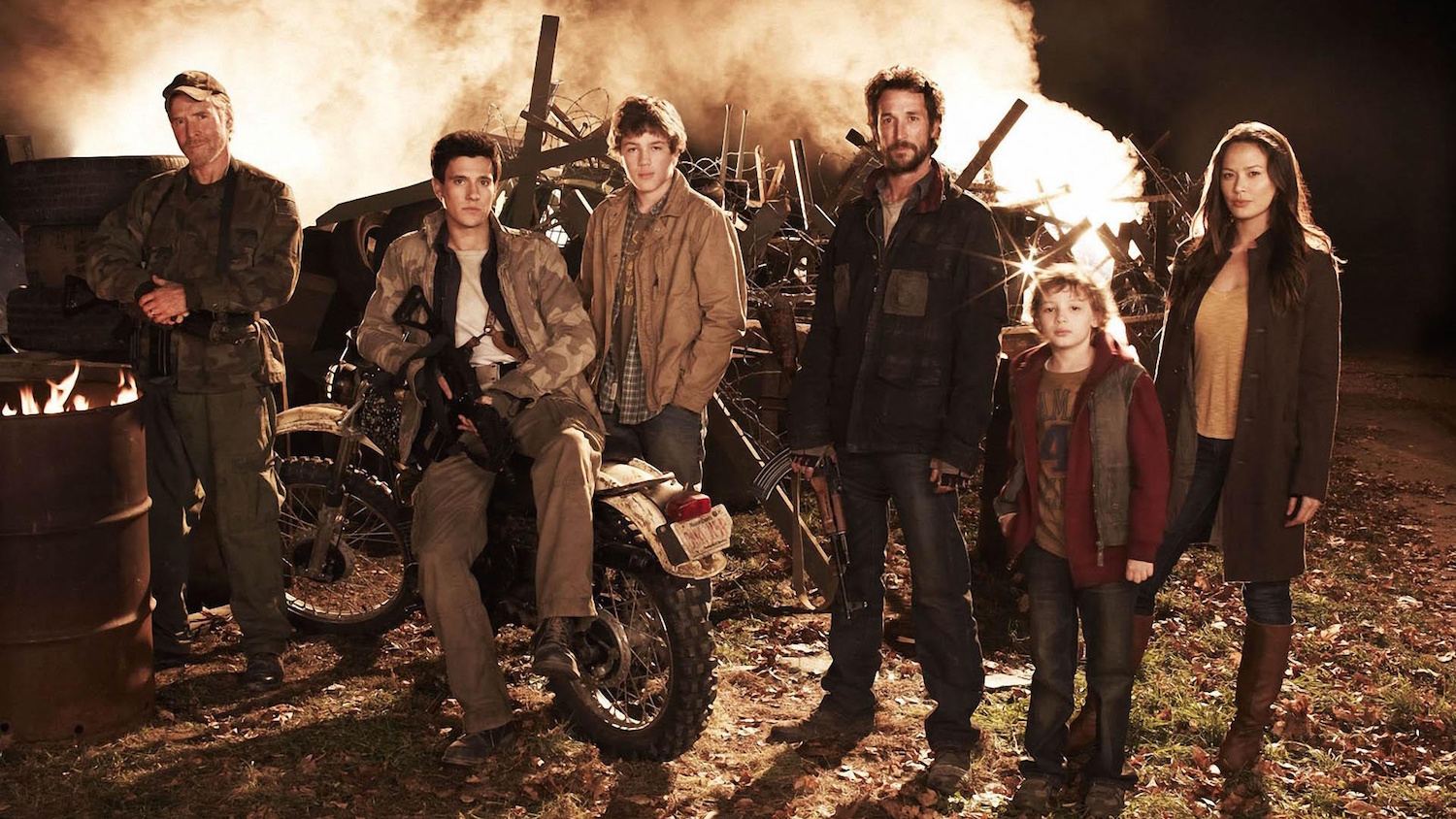 Tom, the history professor turned reluctant military leader. Anne, a pediatrician out of her depth as a combat surgeon. Weaver, a gruff veteran who resented babysitting civilians instead of taking the fight to the aliens. Hal, the Lacrosse star coming into his own as a resistance fighter. Maggie, a tough fighter with a dark past. Ben, rescued from the aliens and then treated as a traitor and outsider because of his spikes. And innocent Matt, the embodiment of everything they were fighting for.

These were likable, relatable characters I could root for. Backed by an outstanding cast, they have evolved over the past five seasons. Even when the plotlines were ludicrous, the characters kept me watching. Falling Skies, at its best, was a family drama about the Masons and their extended family, the 2nd Mass. It was about ordinary people in extraordinary circumstances, fighting for their homes.

And that's why I hated the finale, because it wasn't about the 2nd Mass as a family making a final assault on the queen - it was The Tom Mason Show. I get that Tom needed to be the one to take down the Queen. That was a given. But separating him from the rest of the strike team (in a ridiculously contrived manner, no less) was a bad call, as was having the entire war come down to an alien magic bullet delivered at the 11th hour. Tom gets to do everything while the rest of the cast wanders around aimlessly in the tunnels.

"Let's finish this. For the ones that didn't make it," Weaver urges. Great sentiment, except that they accomplish absolutely nothing. They might as well have stayed home sipping margaritas.

The same can be said for the human militias, whose efforts were all for naught. Again, I get that they wanted the focus to be on the 2nd Mass. But if that was the case, why put so much emphasis on organizing the other militias? Why spend precious minutes of the finale introducing the new biker gang only to have them provide no value? It was all a colossal waste of time, which unfortunately was a recurring theme for much of the season.

In an interview with HitFX, showrunner David Eick addressed the rationale for not killing off any of the core cast. "Now that everybody kills off main characters, maybe the zag is to keep them alive...After having killed so many of the regulars, let those who had made it this far actually see the light at the end of the tunnel."

I can actually respect that decision, even though it felt very anti-climactic.

What I can't respect, though, is the fake-out about Anne's "death". 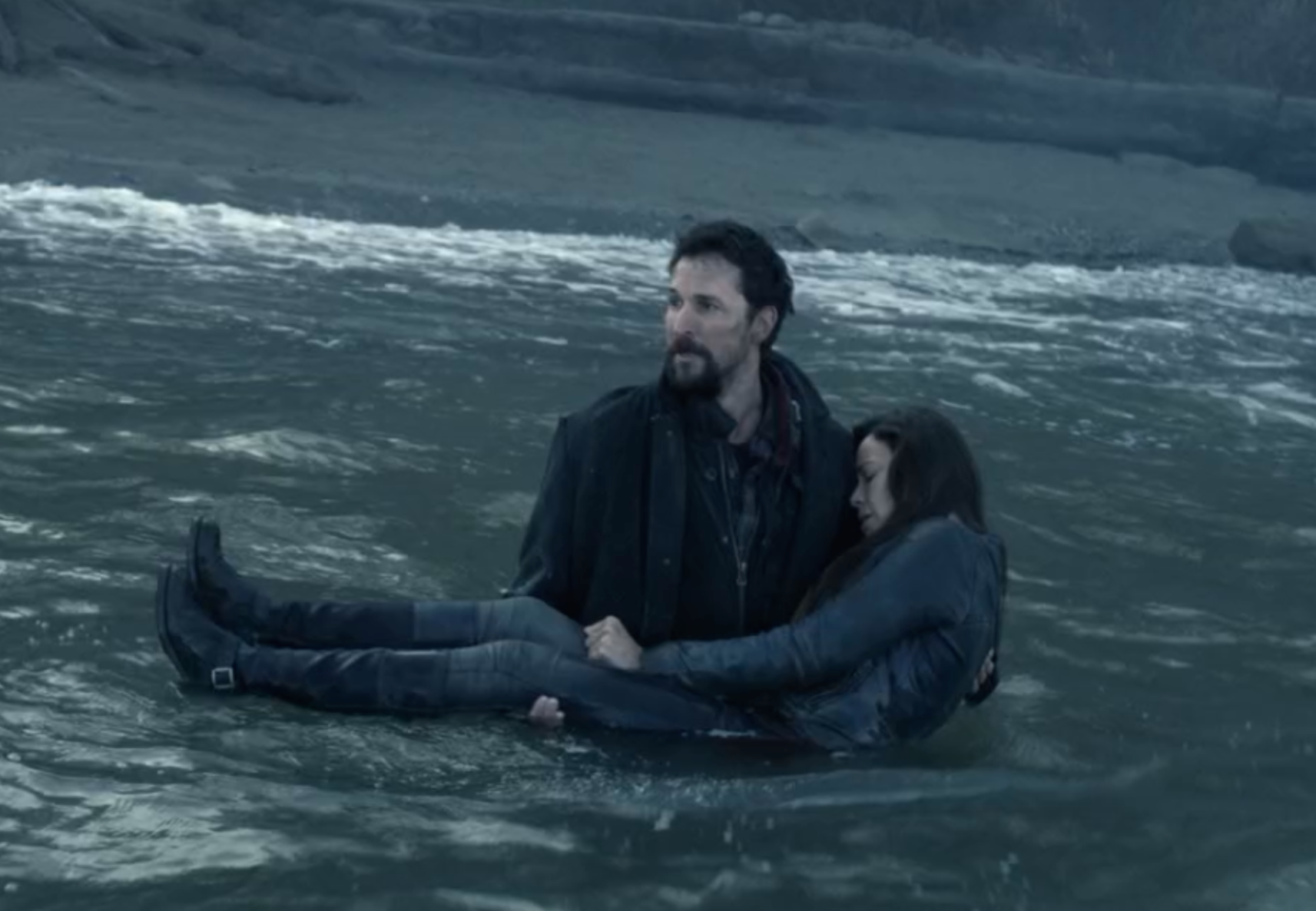 But having her mortally wounded in a completely random manner and then saved by deus ex machina aliens capable of magical resurrection? It was a cop out and a cheesy manipulation of the audience, and once again made everything about Tom. I hated it.

The showrunners promised that 'all would be revealed' about the alien motivations, but the revelations we got raised more questions than answers.

So the entire Espheni invasion came about because ancient humans killed the Queen's daughter? It's not a half-bad explanation in the abstract, except it makes absolutely no sense in the context of the rest of the show. 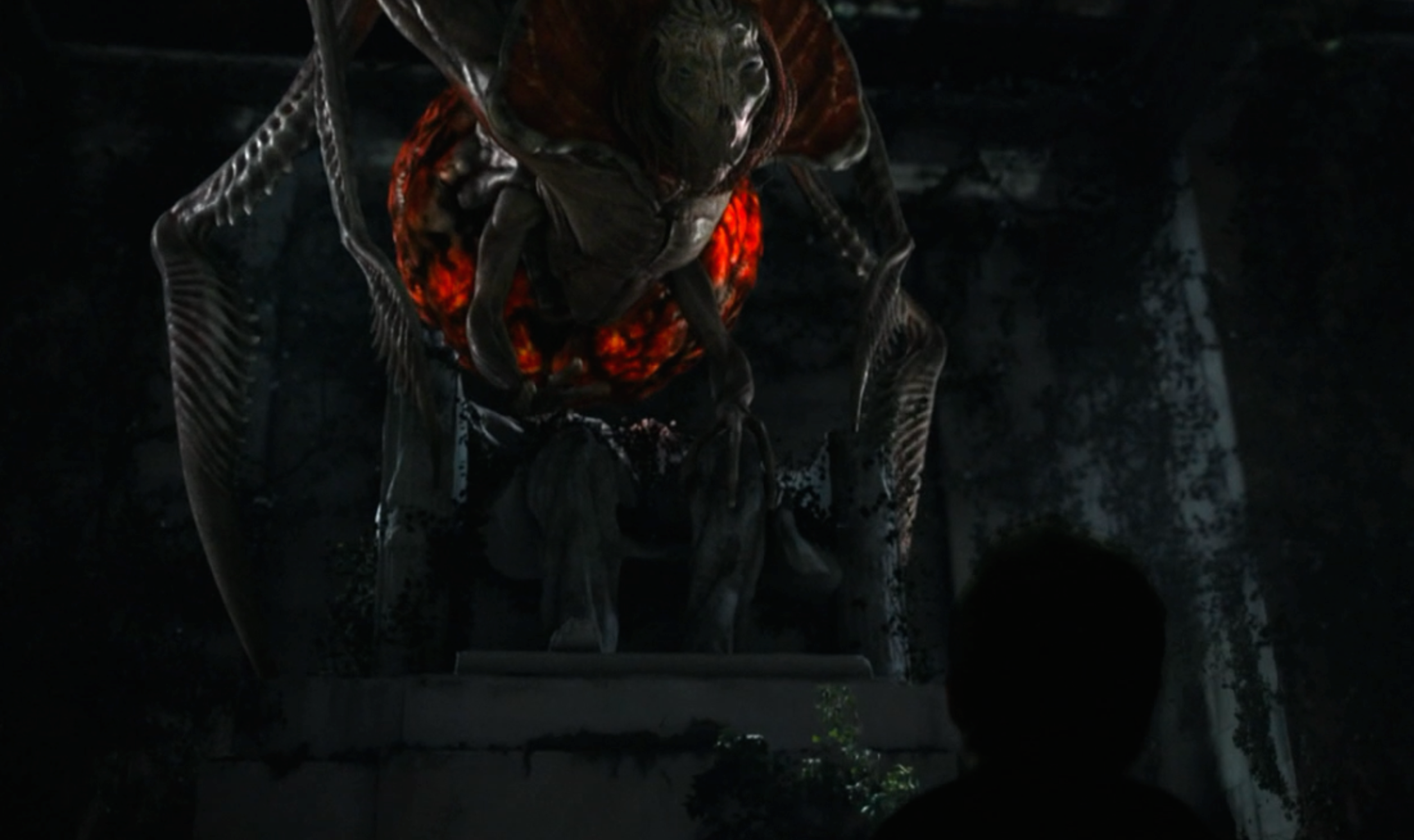 If the Espheni's mission was to eradicate the humans, why stop when they had massacred 90% of them? Why harness the children? Why allow small groups to wander around unmolested (a major plot point in the pilot)? Why round up the survivors into ghettos? Why bother with re-education camps? Why wait 1500 years to come back? Why why WHY?

Unfortunately, I think the show lacked a clear vision of the alien motivations from the start, and they ended up painting themselves into a corner where no explanation would've made any sense.

Ranting aside, there were a few (very few) moments that worked. I liked the episode beginning with the sketches of the invasion and a voiceover - a nice callback to the first episode. I liked Matt following in his father's footsteps as a historian.

The 2nd Mass sharing their final campfire together was sweet, with Tom calling out Matt's innocence, Anne's hope, and Anthony's soul. "You are why I fight" was a perfect summation of the 2nd Mass as a family. 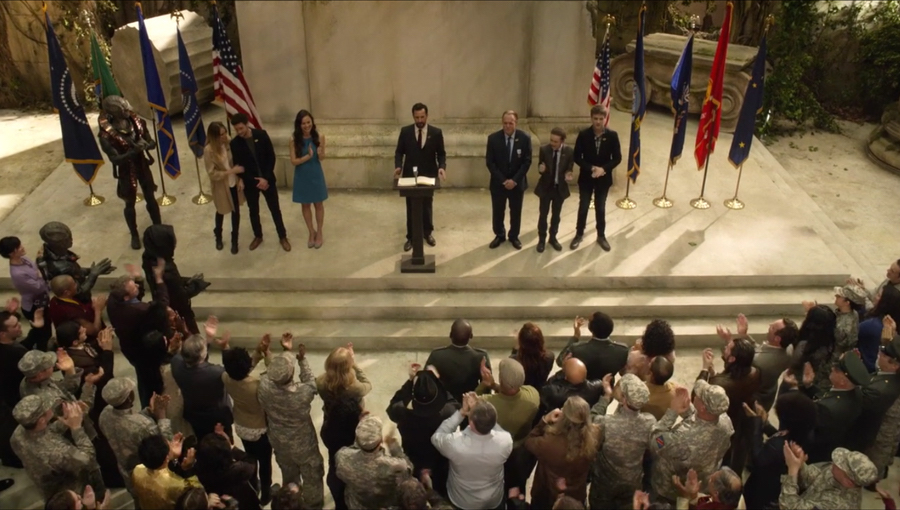 And although the coda was rushed and abrupt, it did feel like a fitting wrap for the 2nd Mass's story. The emotions from the cast in that final scene were obviously very real and moving. The 2nd Mass saves the world and live happily ever after. The end.

Strike Back - Pulling the Trigger