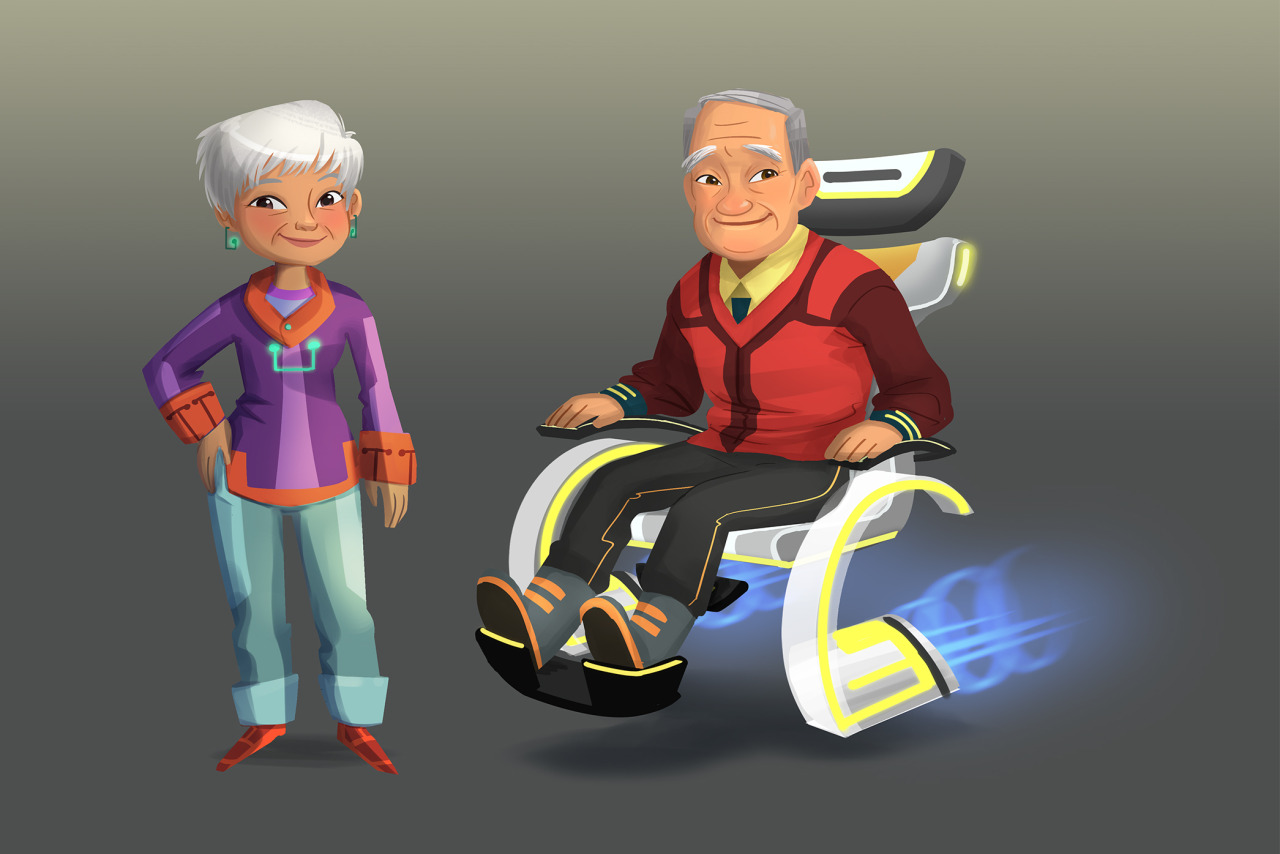 A visit from Miles' grandma highlights opportunities for older women in sci-fi.

What's better than an awesome spacefaring mother-daughter duo? A grandmother-mother-daughter trio! In the recent Miles from Tomorrowland episode "Lunar New Year", we got to meet Miles' grandma, "Po Po", who is Asian and a (retired) spaceship engineer.

As Miles would say: spacetastic!

Po Po may be only a guest-star (though I hope she comes back!), but she made me reflect upon the other grandmotherly roles... or lack thereof... in the films and shows I like.

Women of a Certain Age

The lack of roles for older women in Hollywood is a problem in all genres, but it's magnified in sci-fi/action/fantasy since there are so few women of any age. Think about it... when was the last time you saw a woman over 50 in a science fiction or action film? I'm (pretty) sure they're out there somewhere, but I needed my parents to help me come up with one: 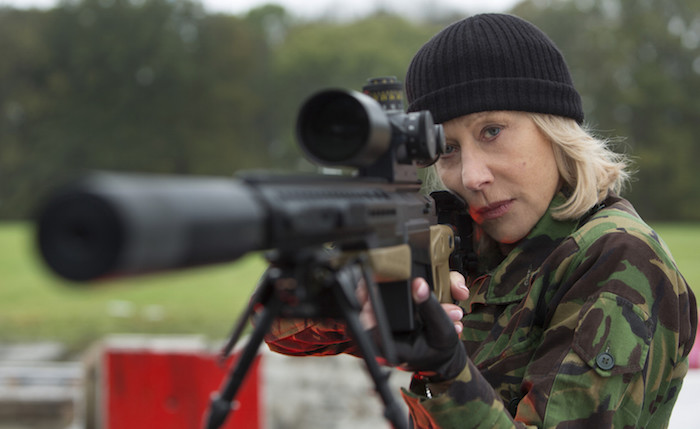 (Admittedly, that is a pretty cool one, proving that Dame Helen Mirren, pictured here in Red 2, can do anything.)

TV is a little better, but not by much.

I get it. Hollywood is a young person's game. Sex sells. But I'm not talking about headlining every summer tentpole movie with retirement-age actors and actresses here, nor do I think there would be a lot of older actresses lining up to star in them.

52-year-old actress Annabelle Gurwitch is so dismayed by the lack of roles for her age bracket that she said in an interview with NPR that she aspires to supporting roles that typically go to men with "craggy faces".

"Maybe one day I will get to be in a uniform saying 'Mr. President, there's been an incident in sector 14.'"

Perhaps there's still time to make room for Gurwitch on the war council in the Independence Day sequel.

Aspires to?!? That's kind of depressing, really. And she isn't the only one. In an interview with The Telegraph, Academy Award-nominated actress Kristen Scott Thomas laments:

Somehow, you just vanish. It’s a cliché, but men grow in gravitas as they get older, while women just disappear.

In sci-fi and fantasy especially, I think there's even less of an excuse for not opening some of these roles to older women. For instance, I loved Michelle Forbes as Admiral Helena Cain in the reimagined Battlestar Galactica, but let's stop and think about this for a second.

Forbes was 40 when she played Cain. That is preposterously young for an admiral, even in sci-fi. Edward James Olmos, playing the lower-ranking Commander Adama, was 58. Here was a prime opportunity for a role featuring an older actress, but as usual it went to a younger one. 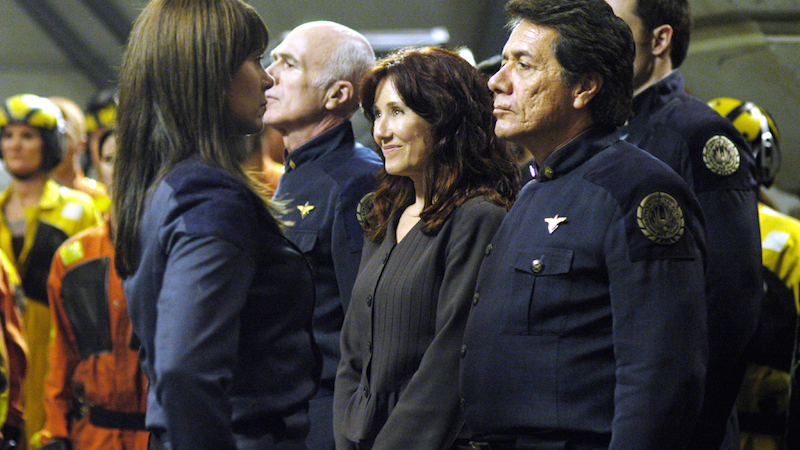 (I hate to knock Battlestar too much, since it did so much toward leveling the playing field between male and female characters. And it had Mary McDonnell, then in her 50's, as the President. I suppose I should just be glad they made Cain a woman in the first place, but the age disparity was pretty glaring.)

Looking Toward the Future

Many of my favorite actresses are nearing an age wall that seems as impenetrable as the light barrier. Will their popularity let them break through, or will they, as Thomas fears, simply disappear once they hit 50?

There are glimmers of hope that trends may be changing. At 49, Sandra Bullock was able to helm Gravity and earn critical praise and an Academy Award nomination. The Divergent series gave us excellent supporting performances by Ashley Judd, Kate Winslet and Naomi Watts - all in (or almost in) their 40's.

40% of "frequent moviegoers" in 2014 were over the age of 40, according to the MPAA. And when you look at the highest-grossing sci-fi/action movies of 2014 (Guardians Of The Galaxy, The Hunger Games: Mockingjay, Part 1, Captain America: The Winter Soldier and Transformers: Age Of Extinction), they all boasted over 40% female attendance.

Put those two facts together, and I think there's a trend towards older female genre fans. Hopefully that's enough to generate roles for these older actresses.

I know I'd like to see them; I can't imagine I'm the only one.