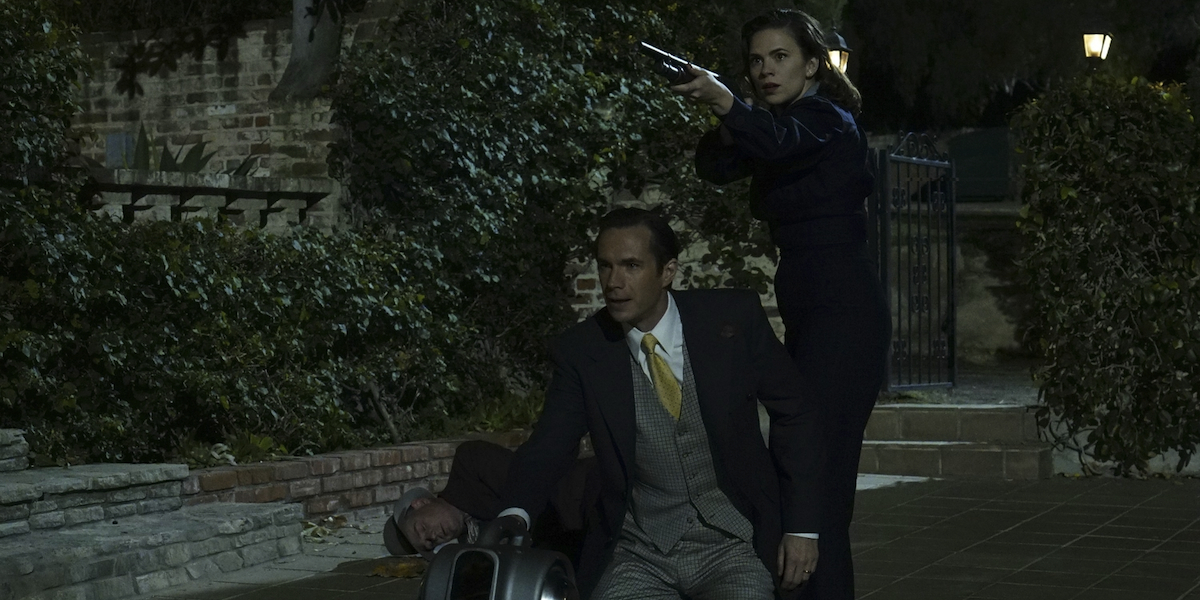 Peggy's injury forces her to seek help from an unlikely source.

One of the things I love best about Agent Carter is that it’s a superhero show where the main character isn’t a superhero. The last two episodes highlighted that - for all her mad skills - Peggy is only human. Allowing her the occasional vulnerability helps to make her into a three-dimensional character, not a cartoon.

Which is what made her abrupt recovery in the second half of the episode all the more jarring. The two parts allegedly spanned 48 hours of in-universe time. One minute she can’t even open a door without popping stitches, and the next minute it’s like nothing happened? WTF, show? I’m not saying Peggy should stay sidelined for the rest of the season or anything, but come on, this is a bit much.

Dottie’s Back, and There’s Gonna Be Trouble

Yes, Peg, it was a terrible idea.

I’m all for bringing Dottie back, since she’s one of the show’s more interesting characters and a perfect foil for Peggy. But this entire plotline strained credulity. Peggy has bent the rules before, but assaulting guards on the “good guy” side to free a murderer? Not buying it.

Rose, find somebody else to go take care of your plot contrivance - err, I mean your mother. 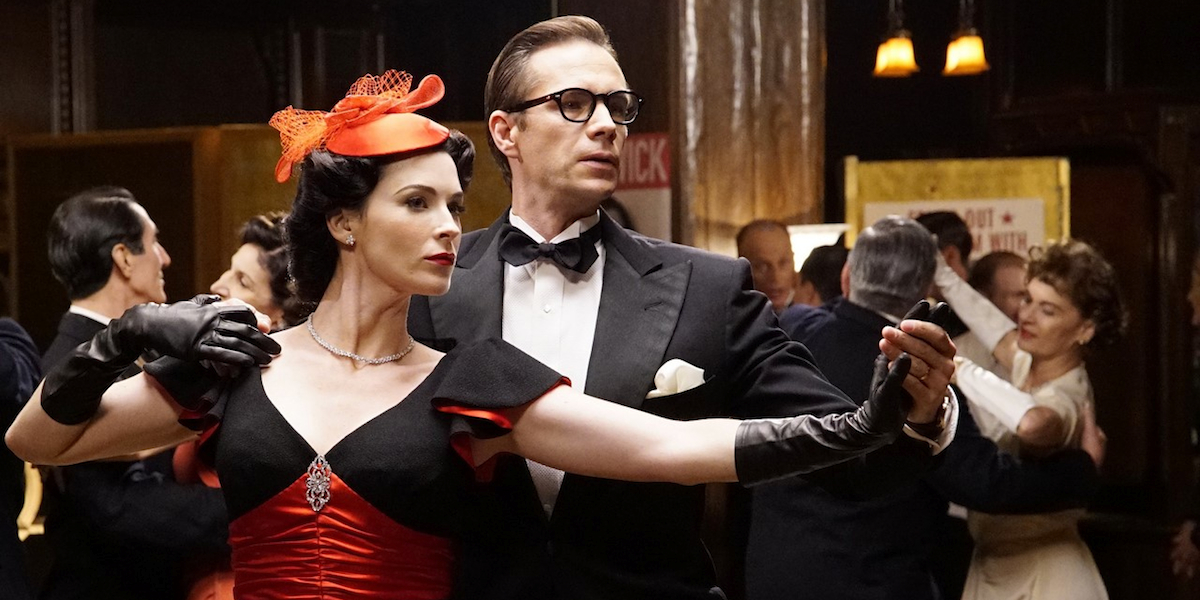 Ranting aside, it was great to see Dottie in action, particularly her interactions with Jarvis. Her wry bemusement at him trying to assert himself was the highlight of the episode. Biding her time, waiting for her opening, outsmarting all of them.

It also gave Jarvis another chance to take charge and shine. “I’m engaged in frenzied search for her while talking to my glasses like a madman.” His charades scene with Peggy was hilarious, and I loved seeing him tell off Thompson.

Dottie being threatened with torture by Masters and then Whitney was another bizarre tonal departure from the show. What’s up with that?

Jack Thompson continues to descend further towards the dark side. Or does he? Having been ordered by Masters to find enough dirt to bury Peggy, he still tries to convince her to just give up this quest and come back to the New York office with him.

Her reaction to the implied threats was awesomely blase, but it remains to be seen whether she'll regret that she didn’t let Dottie kill him when she had the chance. What will he do now that she refused? Is she really fired from the SSR? 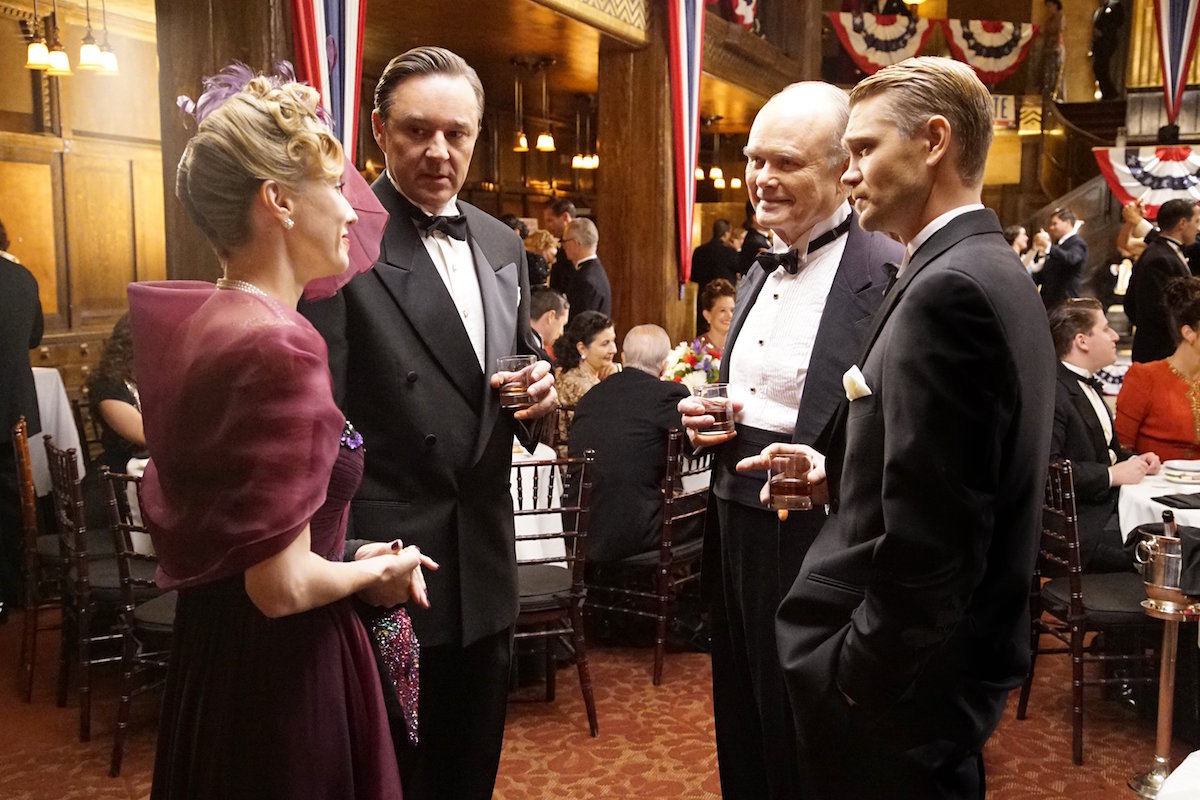 Sousa starts the episode looking a little rough, and we eventually learn why: Violet dumped him. It was great to see Supportive Peggy in action, threatening to talk some sense into Violet. Her reaction to Sousa confessing the truth was sweet, but it’s hard to buy the “I’m sorry” routine when she immediately goes to kiss him. You don’t look terribly sorry, Peg. And so soon after kissing Wilkes?

Sousa and Wilkes both have their good qualities, but frankly I don’t see either one of them as the right match for Peggy. It doesn't help that I'm still half-convinced Wilkes is going to turn evil. Him getting snippy and jealous this episode didn't help. All of this love quadrangle stuff has been an unwelcome distraction from the main storyline. But at least Peggy seems to realize that too. She puts the greater good above Wilkes, and seems genuinely flustered at having a pair of suitors after her.

Anna’s back! I thought maybe they’d forgotten about her, since she hasn’t appeared since the premiere. It was nice to see her taking on a larger role. Her worry for Jarvis was a poignant reminder that not everyone is used to this high-stakes espionage world they’re playing around in.

The show's done a good job of balancing Whitney. I kind of felt bad for her when she learned of her husband's betrayal, and who wouldn't want to see the council get knocked down a peg or two? Then there's her speech to Wilkes about making the world better for the marginalized people.

“We’re not monsters,” she assures Anna, and for a moment you might actually believe her.

But then no - not so much. Poor Anna.