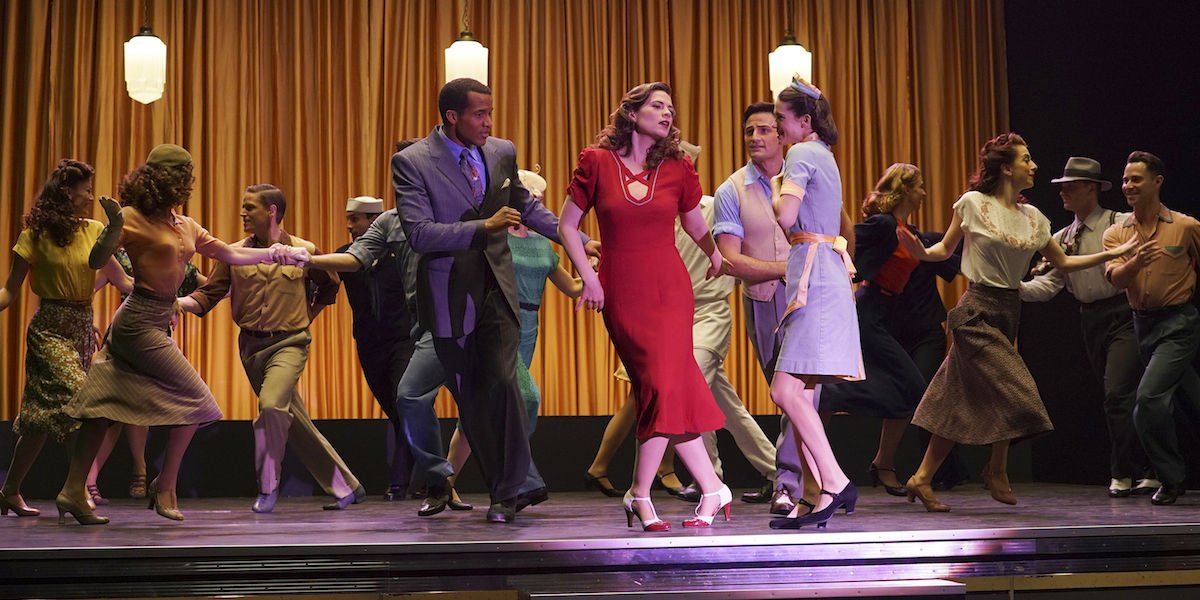 An epic two-parter puts Peggy and Jarvis through the wringer.

I know, I know. The show's been over for two weeks and I'm still catching up on reviews. Shameful. But we're in the home stretch now and goodness - what a double-header this was.

This pair of episodes lets us see a different side of Jarvis. And while it wasn't always pretty, it added some welcome depth to a character that has been relegated to comic relief for much of the season.

James D'Arcy rocks the opening scenes in the hospital, showing how utterly bereft poor Jarvis is at the thought of losing his beloved Ana (whose name I've apparently been misspelling this whole season. Oops.) And through these scenes, Peggy is just wonderfully supportive in her stiff-upper-lip British way.

Oliver Sava of the A.V. Club was less than thrilled at the show making Ana's injury All About Jarvis. It's a valid concern, but in a show that has had such all-around strong portrayals of its female characters, I can't fault them too much for this one. Seeing mild-mannered Jarvis march right up to Whitney Frost and blast her was quite the payoff. 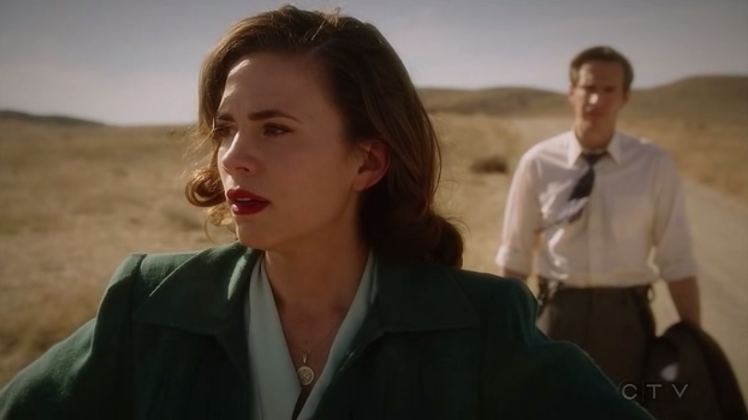 Unfortunately, that's when things start to go off the rails for our dynamic duo. I get that Peggy was pissed at Jarvis for going off half-cocked, but her angry disdain about him trying to kill Whitney felt out of place. Surely Peggy of all people realizes how dangerous Whitney is. And weren't they planning on zapping her with the gamma ray cannon if the rift hadn't appeared? Doesn't seem like you have the moral high ground here, Peg.

That argument on the side of the road, though? Brutal. Neither of them pulled any punches, and they both had valid points. Jarvis was quick to blame Peggy rather than accept responsibility for the consequences of his "adventures", and Peggy does seem to be a magnet for tragedy. Ouch.

My first reaction to the dream sequence was a befuddled WTF. It felt so jarringly out of place in an otherwise serious two-parter, and do we really need a giant song and dance number to reinforce how Peggy's torn between her two suitors? No, we've been beaten over the head with that enough, thankyouverymuch. Even Peggy's subconscious seemed to be all: "I don't have time for this..."

But the sequence was so darn fun, it's hard to hate it. Haley Atwell told Entertaiment Weekly, "The whole thing is brilliant because it’s such a surreal moment that comes out of nowhere, it just takes the show into a whole different world for a second. It was one of the best days of my working life."

Okay, who am I to begrudge them their fun? It was worth it just for this: 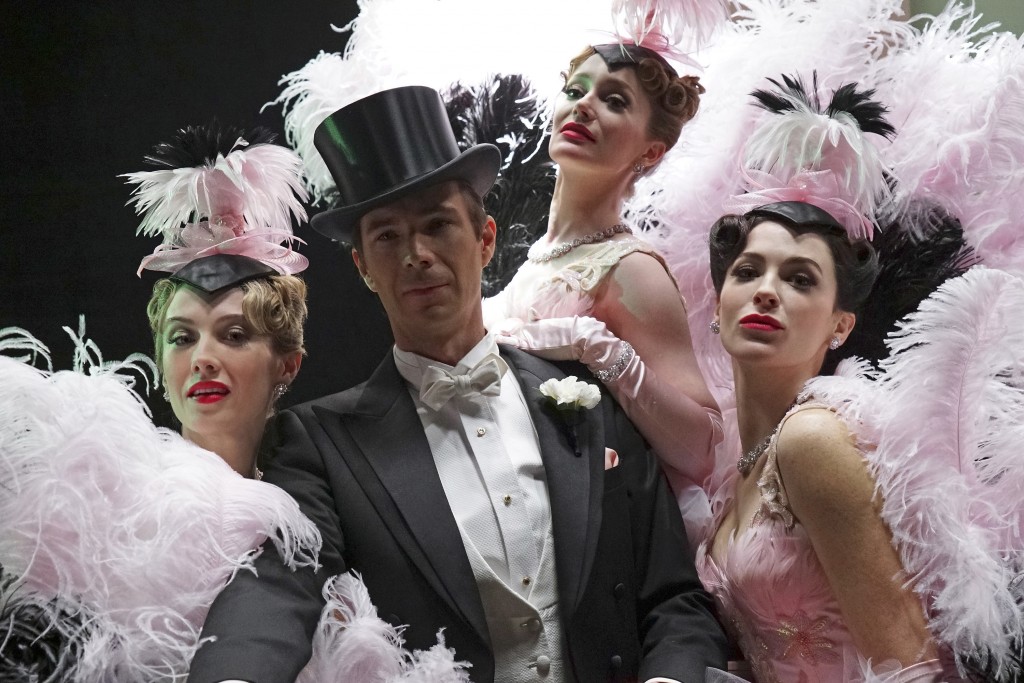 Whoever thought we'd get Peggy, Dottie, Angie, Whitney, Ana AND Rose all in one scene?

Side note: That Souza can really sing, huh? And it was fun playing "find the DWTS castmembers" in the dance number.

Seems like only yesterday I was complimenting the show for making a complex, multi-dimensional villain instead of the typical cartoon megalomaniac.

Yeah. That didn't last long, did it?

From the moment Whitney shot Anna, she seemed to jump onto the Crazy Train Express. And then to be dissed by the zero matter she had worked so hard to unleash? Dang.

Whitney: “Such a pity. Two accomplished women should be standing on opposite sides.”

Peggy: “Yes, you’re such a staunch defender of the sisterhood. I could tell by the way you shot an unarmed, innocent woman.”

So alike and yet so different.

And then there's Wilkes. I've been trying really hard to care about that storyline, but the guy has done nothing but spout science exposition and whine for the past few episodes. When he turned on Peggy, that was the last straw. She's quick to chock it up to the influence of zero matter, but Wilkes tries to convince her he was acting on his own volition. Is that the truth, or is he just saying that so she'll stop trying to save him and save herself? We may never know.

The SSR shenanigans with Thompson and Masters were so convoluted I honestly had no idea who was on which side. I suppose that was the intent, but it made for some very confusing storytelling. Is Jack back on the good team? Maybe? Kinda? When it's convenient for him? I'm honestly not sure. I do know one thing though: For all his faults, that guy could sell ice to an Eskimo.

I enjoyed Peggy's utter disdain in response to his blackmail attempt - another very British "What are you on about with this rubbish?" moment. Her hauling off and pummeling Masters was, in contrast, a bit unbelievable (albeit therapeutic).

Everything came to a head at the end. Whitney and Wilkes, Peggy and Thompson, and a zero matter explosion. Yikes! Now that's a cliffhanger. Thank goodness for binge-streaming.