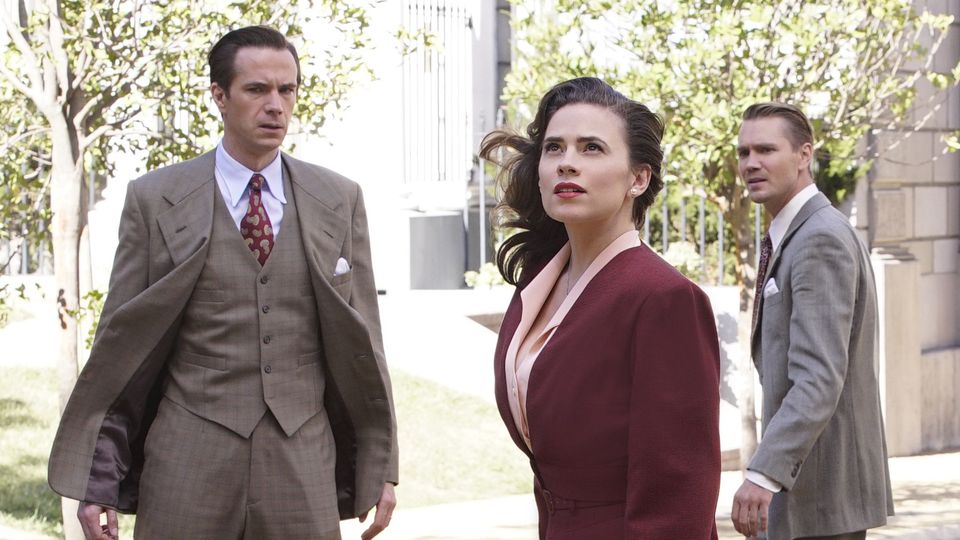 Season 2 rolls to a close in what is hopefully not Peggy's last outing.

After the explosive and emotionally-charged two-parter that preceded it, Hollywood Ending feels a bit anti-climactic.

It gets off to a great start, with the aftermath of the zero matter explosion and a fearsome and pissed-off Whitney chasing down our heroes.

Jarvis runs over her with the car, leading to the best exchange ever.

Stark: “Jarvis! You just hit a woman with my car.”

Jarvis: “Ms. Frost is quite resilient. She’s fine. Trust me.”

The scene with Manfredi packed some hilarious one-liners, as well as the amusing twist of having Having Stark and Manfredi be old pals.

"You can't just walk into a man's home and take his butler hostage!" #AgentCarter pic.twitter.com/XHNvq6fjC9

After that promising opening, though, we take a detour into Science Exposition Land for what feels like half the dang episode. There are some nice moments: the exchange between Thompson and Peggy about the dinner orders, the faux-interrogation of Manfredi's goon, some more zingers from Howard... but for the most part it's a snoozefest. 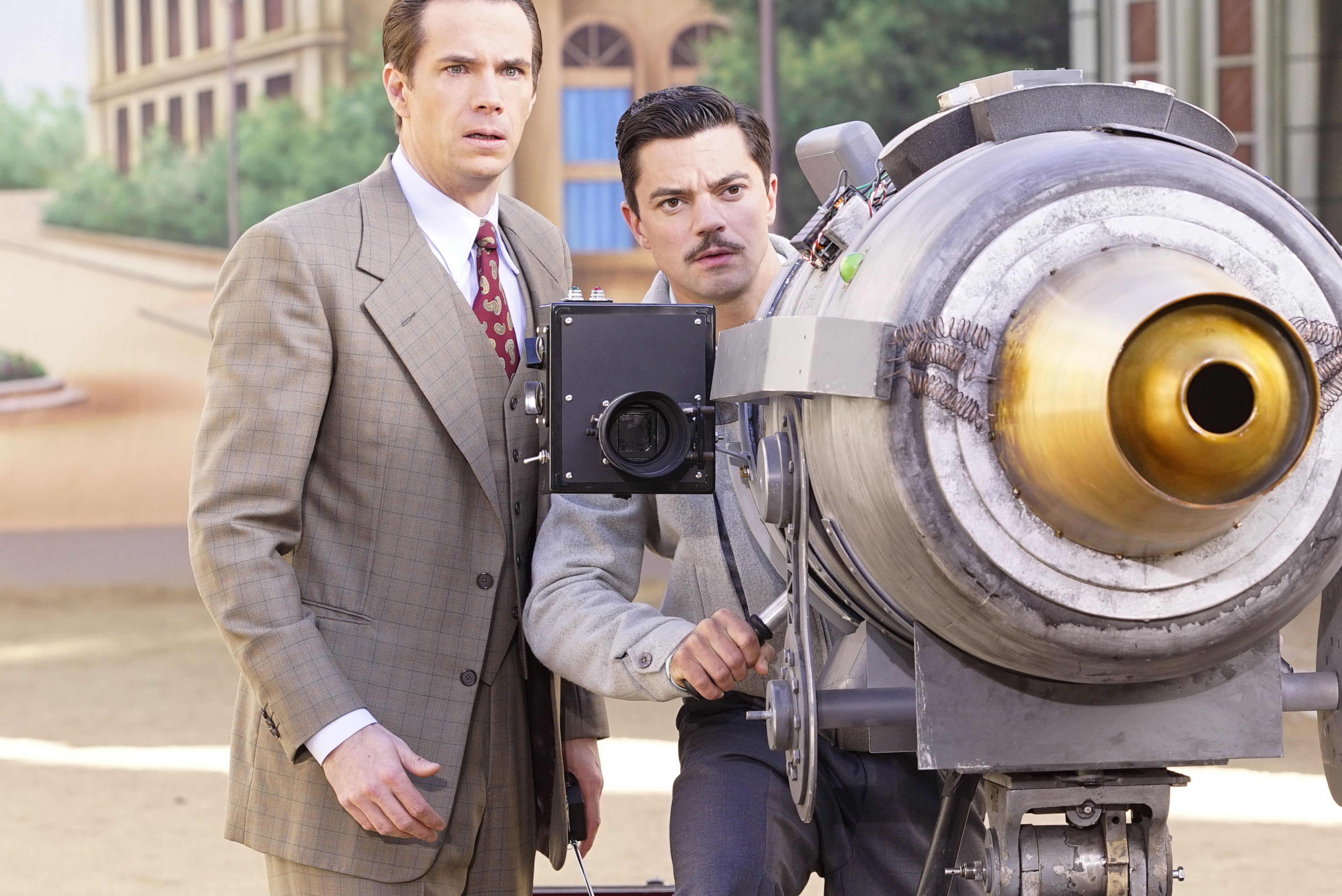 Finally we build up to the epic final confrontation with Whitney - the showdown we've been waiting all season for!

And she just waltzes right past all of our heroes into their trap, and they zap her with the gamma ray gun and it just... works.

Okay then. I guess that's that.

I had to roll my eyes at the hovercar shenanigans, and then the silly little tug-of-war thing as they tried to prevent Sousa from getting sucked into the rift. This thing is powerful enough to lift trucks off the ground, but they're going to hold him back with a barely-knotted fire hose? Yeah, okay.

Though Howard makes even the dumbest scenes bearable with lines like this: "Peg, I want you to know I'm not thinking any unsavory thoughts about you right now! Wait. There's one."

The epilogue gives the season a satisfying - if predictable - conclusion.

Peggy reconciles with Thompson, but I really don't see what he's done that has her so convinced he's a good man. He may not have gone completely evil, but he's still a grade A jerk.

The same could be said of Wilkes. Like Thompson, Peggy lets him off the hook way too easily after what he did. If he gets a free pass for being under the influence of zero matter, why doesn't Whitney get one too? Instead she ends up in an asylum - a tragic end for an interesting villain.

At least Peggy, Jarvis and Ana end in a good spot, with Ana making sure that Jarvis takes Peggy to the airport. It's clear Jarvis doesn't want her to go, which is sweet. What I can't figure, though, is what Peggy has to go back to in New York. Her "whole life" is there? Really? Seems thin compared to the connections she has to everyone out west. 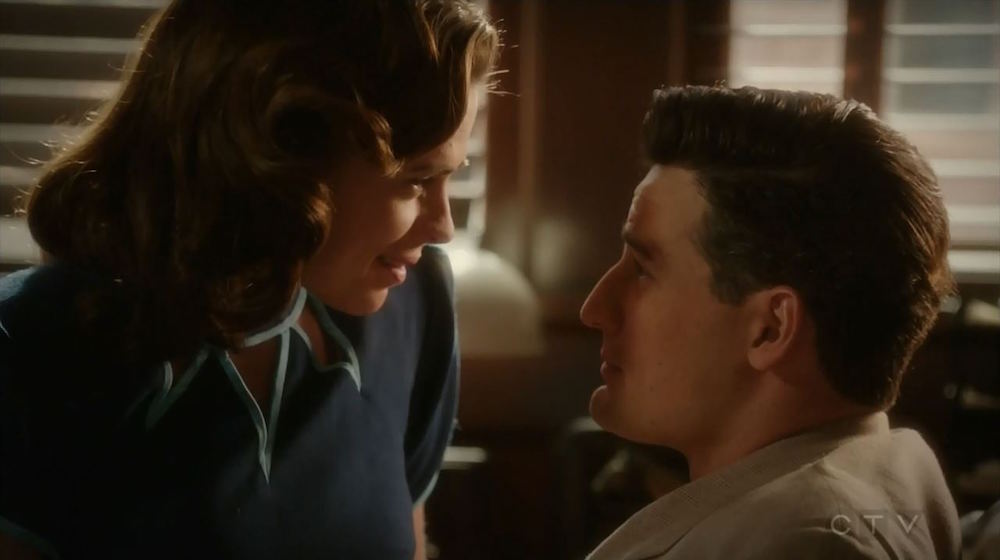 Agent Carter's up in the air for a possible season three. While I didn't think this season measured up to the first, I do appreciate the show's positive messages.

There aren’t enough shows that feature a strong, confident woman who knows how to handle herself in a world that underestimates her because of her gender. On top of that, it’s a smart show, an intriguing show, and an action-adventure show that features a woman as its central hero.

I heartily agree, and hope that Peggy and her friends get another chance to save the day.

Jessica Jones Review - AKA The Rest