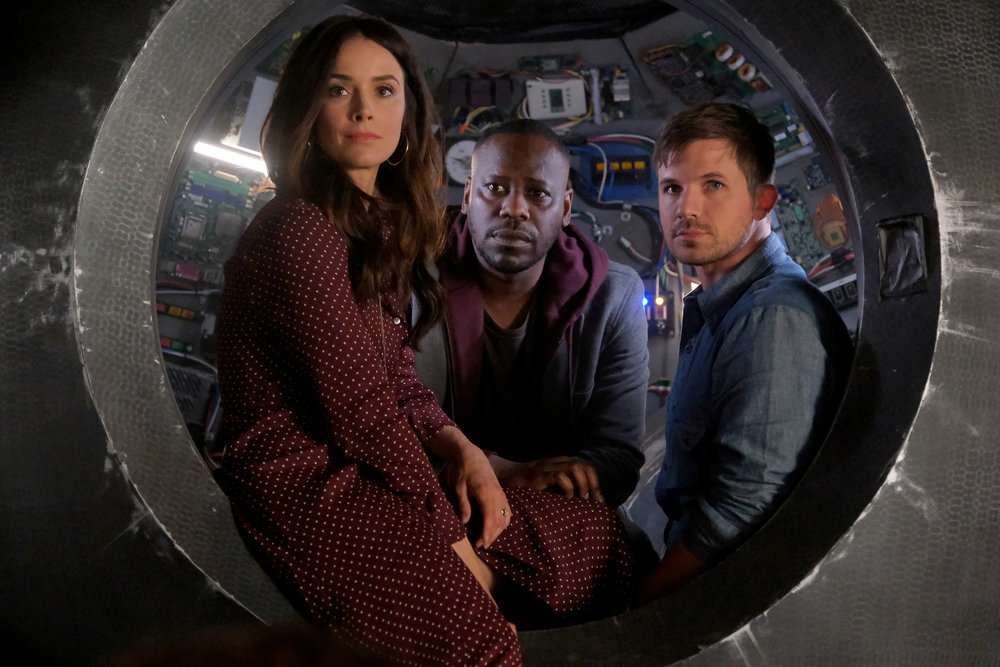 Timeless signs off for good (?) with an epic bit of fan service.

NBC gave Timeless fans a great Christmas present this year when they green-lit a TV-movie finale to wrap up loose ends. With so many threads and so many characters, the finale felt rushed and a little too pat in places. But given the monumental task of delivering a satisfying conclusion in only 90 minutes, the writers did an admirable job. 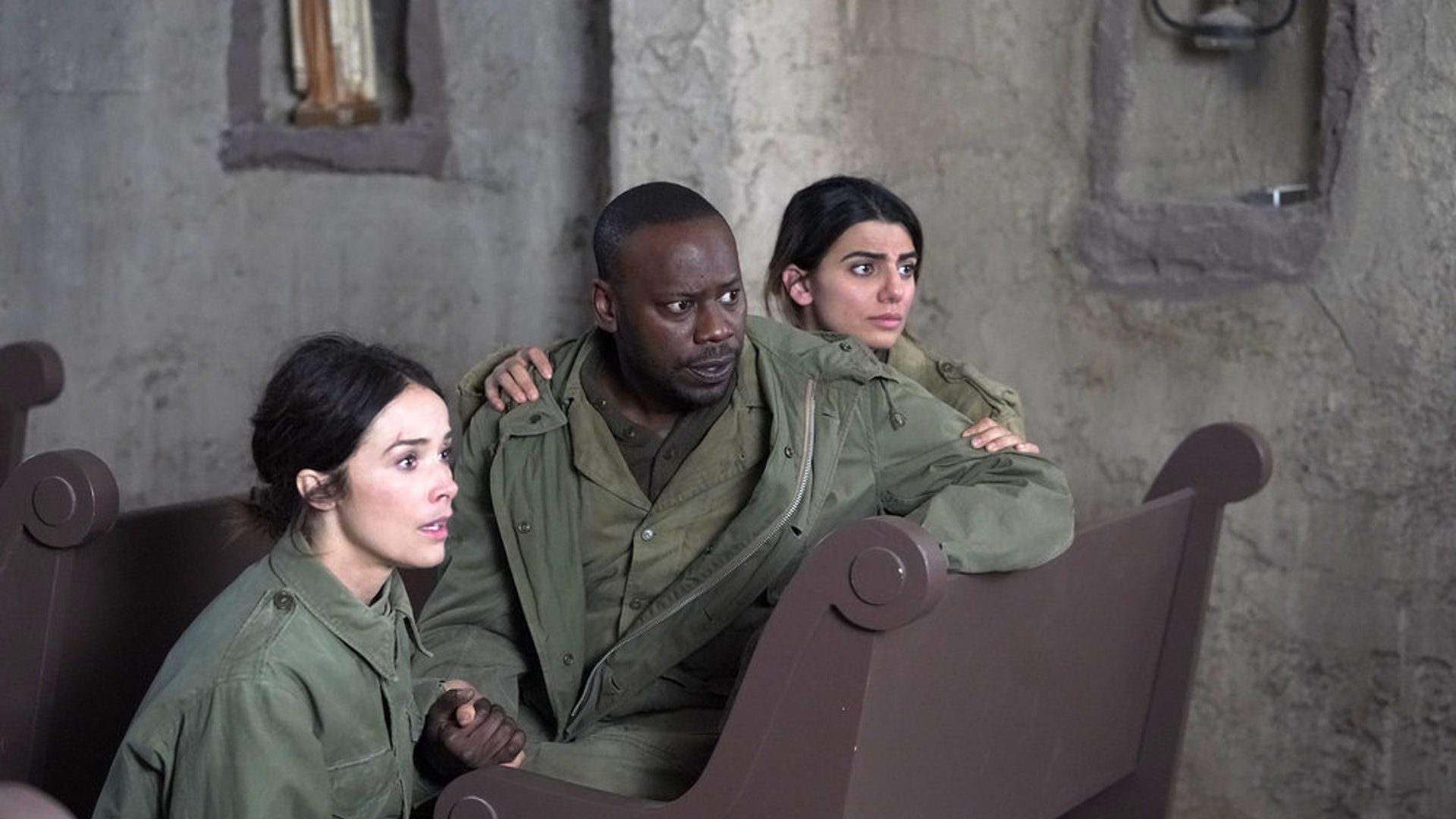 "You guys want to get Rufus back or what?" Future-Lucy's pronouncement at the end of season 2 was the driving force behind the first half of the finale. As Timeless co-creator Shawn Ryan told TVLine, "Can you imagine if we made this and we didn’t save Rufus? Laughs The backlash we would have endured?!"

Future-Lucy and Future-Wyatt turned up just long enough to point the Time Team on the right path, which was a good choice on the show's part. Managing two teams would have been a headache, and having consequences to looping back on one's own timeline was always an important limitation for the show's time travel mechanics.

Although the entire trip back to the Wild West felt like filler, it did serve as the catalyst to Flynn's decision to sacrifice himself (more on that later) and Rufus' triumphant return. And it gave the show a chance to shine the spotlight on one last marginalized historical figure: Joaquin Murrieta, supposedly the inspiration for Zorro. The penchant for focusing on the overlooked people in history is one of the things I've always loved most about Timeless. 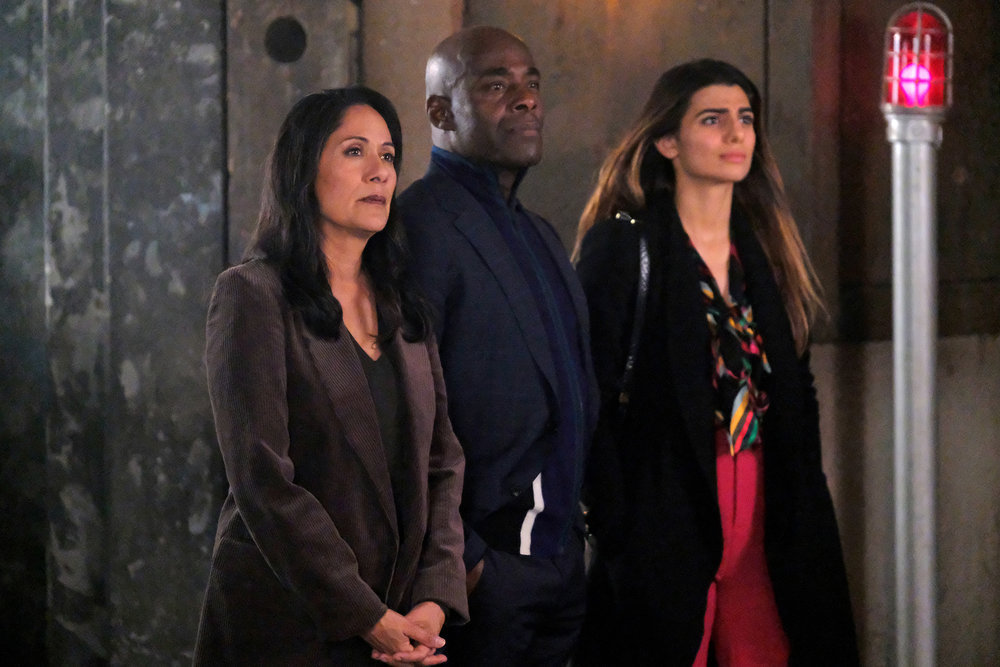 Another thing I loved about the finale was the way it gave each character a moment to shine. Jiya has really gone through an impressive arc, from "background techie love interest" to a fully-drawn character in her own right. Accompanying the Time Team, designing the Lifeboat2.0 (even if it was off-camera), and ultimately teaming up with Rufus to found a corporation and a program to encourage youths in science? How cool is that? (That the writers called it "Riya Industries" was a nice nod to the fans' shipper hashtag.)

Agent Christopher and Mason even got to save the day, capturing Emma and securing the Mothership. Although there was a bit of "why didn't they do this sooner?" to them recruiting Lucy's dad, I can forgive a bit of contrivance given the time pressure. Especially when it means Agent Christopher arriving in the nick of time to save the Time Team from certain death. And seeing her give the team the scarves she'd knitted for them as Christmas presents was just too cute.

Emma and Jessica were both underused in the finale, but it was nonetheless cool to see them scheming.

One thread the show had to resolve was the FLW love triangle, but honestly? I think they spent way too much time on it. Lucy has gone through so much and had such growth from the first episode to the last one. To have her final story focus on "which guy will she pick?" and turn her sister into an afterthought was kind of disappointing.

Shawn Ryan told ET Online about the triangle, "But when we had to make the movie, we had to kind of declare one way or the other."

Did you really? It would have been fine to hint at this tragic alt-timeline romance with Flynn and leave Lucy in an "I don't want to be anyone's second choice" rebuilding phase with Wyatt. She can stand on her own. There was no need for her "happily ever after" to revolve around being married with children.

Judging from the cries of joy (from the Lyatt shippers) or hatred (from the Garcy shippers) on social media, I seem to be in the minority there. So I understand why they did it that way, it just wasn't my preference. 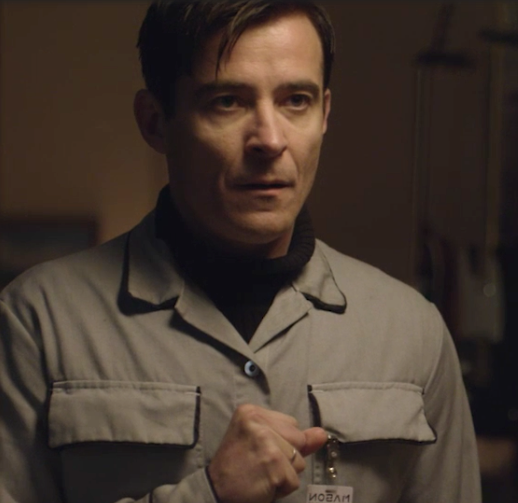 My favorite part of the finale was the way they wrapped up the time loop. Future-Lucy writes the journal, brings it back to our Lucy, who uses it to figure out how to bring down Rittenhouse and then delivers it to Flynn in 2014 to kick off the events of episode 1 and the entire adventure. Her speech to Flynn about what he needs to do, and how he'll ultimately be the hero was really great. It put all of Flynn's actions - their entire relationship, really - into a different light.

Though he falls squarely into the "anti-hero" category for all his dirty deeds, I found Flynn to be one of the more interesting characters on the show. It was a bummer to see them write him out, but it made sense. Accepting that he'd never get his family back, and trusting the Time Team to stop Rittenhouse, his job was done. All he wanted was to see his family one last time - even if it meant dying in the past.

Wrapping up Flynn's story in a neat bow and calling back to the first episode was a really great way to bring things full circle. I loved it.

And, like all good writers, they left the door open for more. As Mason said - the technology exists. Time travel can't be un-invented. The show's last scene shows the girl from the science fair sketching out plans for a time machine of her own. With TV reboots happening left and right, perhaps some day the Time Team will ride again. One can always hope.