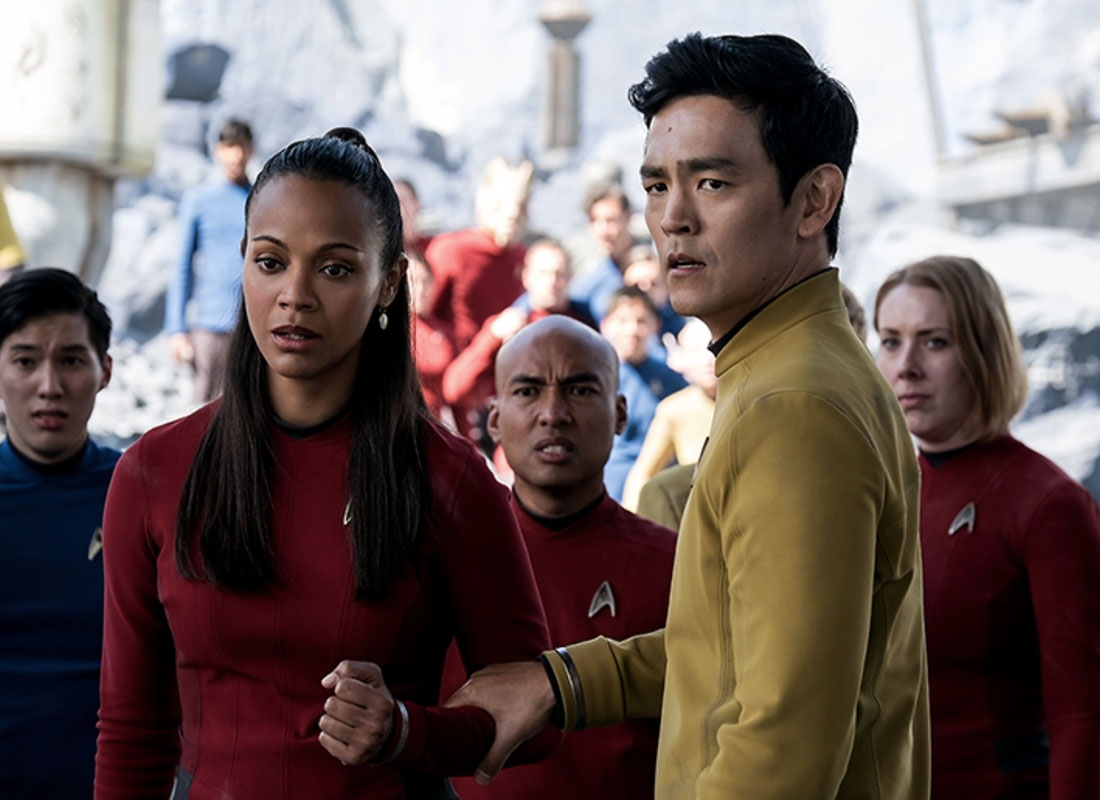 Star Trek has always been a bit of a boys club. Now don't get me wrong, the original Uhura was a landmark role. She inspired countless young women - especially young women of color such as astronaut Mae Jemison and actress Whoopi Goldberg. The fact that the character even existed was a huge victory in the representation war. But unfortunately, she didn't get to do a whole lot.

I cautiously hoped for better when the Trek franchise rebooted in 2009. But alas, the boys club still had a lock on the playground gate. New Uhura's only meaningful storyline revolved around her relationship with Spock, and and it didn't paint her in a great light. She got to kick a little Klingon butt, but one scene does not a strong character make. She was also still the only female character, leading actress Felicia Day to ask, "Where are the women? The strong women? The women we’d like to see in 200 years?"

Given that rocky history, it was a pleasant surprise to find that Star Trek: Beyond exceeded my expectations. Not only did Uhura break up with Spock, she actually got - gasp! - a whole storyline that contributed meaningfully to the plot. Not a huge storyline, mind you, but on par with what everyone else (whose name is not Kirk) got. She and Sulu made a great team.

And there was a new girl in town - the alien Jaylah, who J.J. Abrahms described as a "spirited, sweet, funny, tough-as-hell character." I worried from the trailers that she would be a one-note badass, but she actually had some depth and a nice little story arc. I really liked her, especially her friendship with Scotty. She had just the right blend of strength and vulnerability to make a compelling character, and some genuinely funny moments to boot. Here's hoping she becomes a permanent addition to the crew. 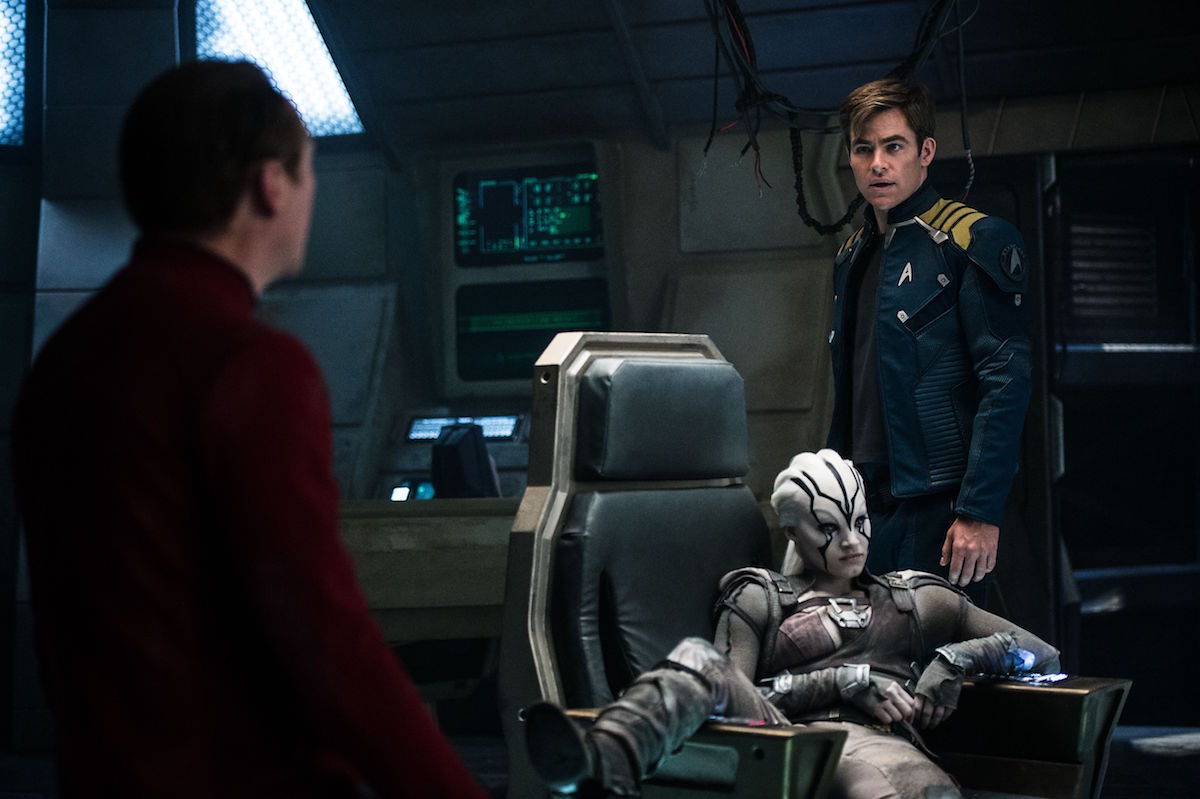 Even better - the movie scored high marks on what I'll call "random representation". Roles that easily could've gone to a man, but were given to a woman for no special reason whatsoever. Commodore Paris (played by the impeccable Shohreh Aghdashloo), Ensign Syl and the mysterious Kalara only appeared in a couple scenes each, but it was still nice to expand female roles to something beyond randomly disrobing damsels in distress.

The thing I liked best about the movie was the way it split up the main cast into several inter-weaving storylines. It shook up the traditional pairings and brought some nice moments, particularly between Spock/McCoy and Scotty/Jaylah. Everyone got their moment to shine. It reminded me a lot of Star Trek IV in that sense, and that was a good thing. 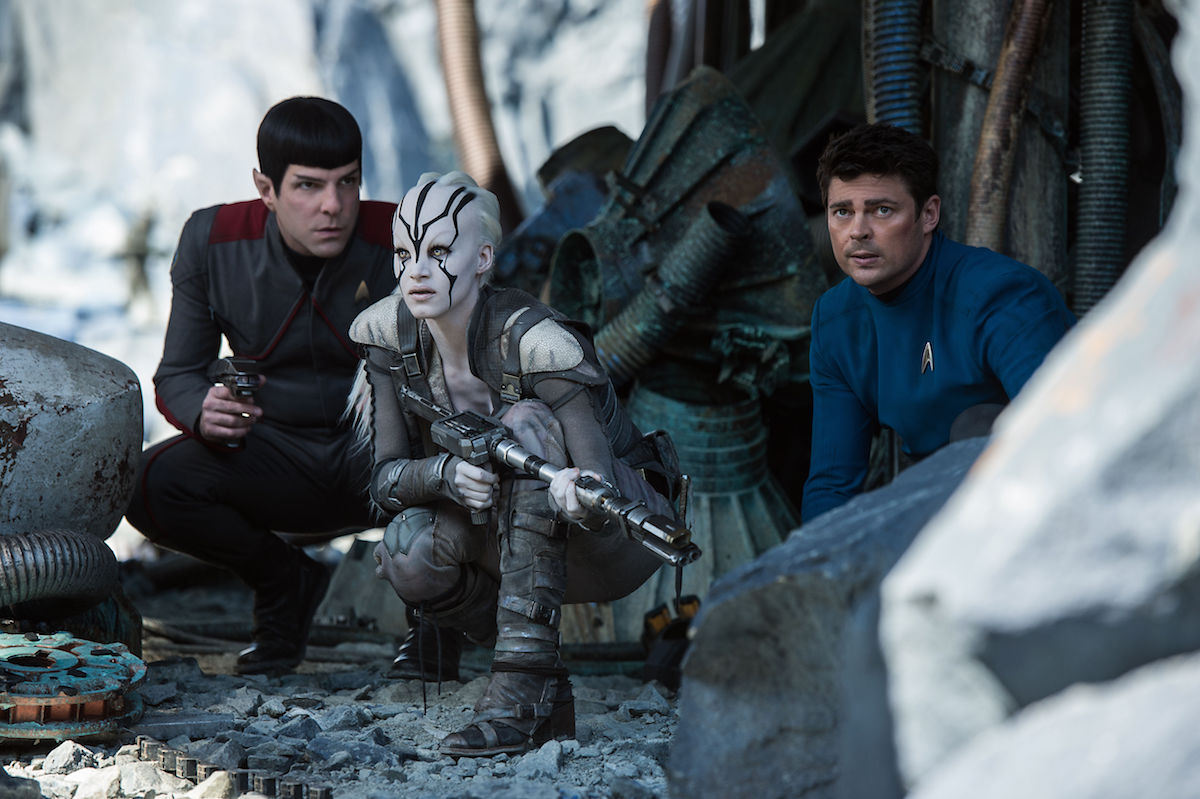 Visually, the movie was great - especially the bit where the villain's swarm of tiny ships attacks the Enterprise. If only the plot were as good as the special effects. There were several WTF-level contrivances, and the main villain's murky motivations were not made any clearer by an 11th-hour plot twist.

Still, a respectable outing, and far more enjoyable than the two prior ones in my book. As my friend said upon leaving the theater, it was "appropriately ridiculous."