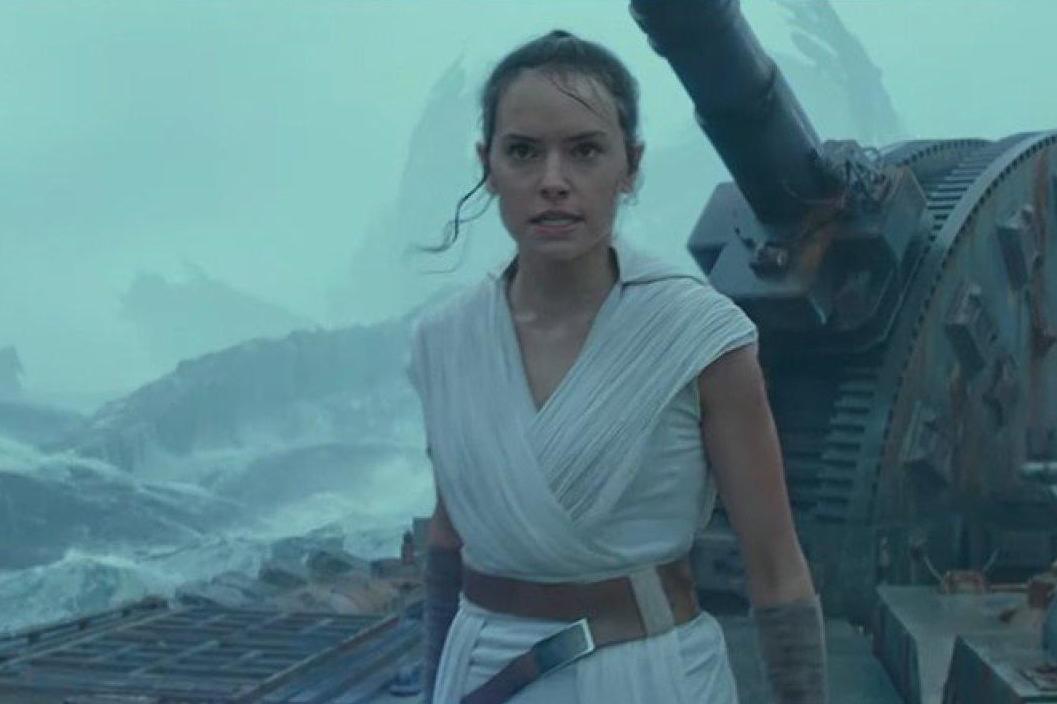 The Skywalker saga ends with an epic yet polarizing final chapter.

It seems that Rise of Skywalker was a 'love it or hate it' experience. Fans and critics seem pretty divided (per Rotten Tomatoes), and you can't throw a rock on the internet without hitting an angry fan's rant about how Disney has ruined Star Wars.

Personally? I loved it. Sure, I could write an entire essay about its inconsistencies and plot holes, but I could do the same about any of the Star Wars movies. Ewoks taking down an entire Imperial battalion? A trench run that's lifted almost scene for scene out of a WWII movie? The Rube-Goldberg-like rescue plan to get Han out of Jabba's palace? Jar-Jar? "I don't like sand"? I could go on and on, but Screen Rant's Pitch Meetings and Cinema Sins do it so much better.

The point here is not to rag on the original trilogy (which I really loved), or even the prequels (which I mostly enjoyed).  The point is that the Star Wars films have never been especially consistent or tightly written.

So with that in mind, on to Rise of Skywalker (RoS).

SPOILER ALERT! The remainder of this review contains spoilers for Rise of Skywalker.

The Gang's All Here

Last Jedi had the core trio separated for almost the entire film, which made for a disjointed experience. In my review, I commented that it felt like three separate movies in one. RoS remedies this by keeping the characters together for much of the film. Even when they're apart, they're still working together - for example, when the gang splits up to conduct their respective tasks on the star destroyer but then quickly reunites. It's just a shame it took us three movies to get to that point, and didn't get to watch their bonds form more organically.

One casualty of this focused storytelling was Rose. While I don't think they were obliged to give her 'main character' status just because she was featured in Last Jedi, there were ample opportunities to give her more to do here. Lando was a fairly minor character who got to lead the final attack and have a big hero moment in two movies. In comparison, Rose got the short end of the stick. After the trolling that Kellie Marie Tran endured, both the character and the actress deserved better.

With Leia's story, I think the film did its best under the circumstances. The repurposed footage from Force Awakens was clunky, but still better than the uncanny-valley CGI of Rogue One.

Personally I would have preferred a stand-in actress (or set of actresses, ala what they did to finish Doctor Parnassus after Heath Ledger's death) so we could have fleshed out Rey and Leia's relationship more and potentially seen more Rose as well. But I understand why they didn't want to go that route.

All things considered, I can be happy with mere glimpses of Leia, Jedi master. She led the resistance to victory (again), became a beacon of hope to the New(er) Republic, mentored the girl who saved the galaxy, and turned her son back to the light. It was a fitting send-off.

What made the movie satisfying for me despite its flaws was Rey's story. Narratively, emotionally, it just worked.

All four of the main characters got some kind of character arc - Kylo's redemption, Poe developing as a leader, Finn... umm... being a hero and realizing he's force-sensitive I guess? (Rumor has it some of his story ended up on the cutting-room floor, which may account for it being weaker than the others.)

But through it all, Rey is the one driving the story. Continuing her training, learning her heritage, resisting the pull of the dark side, teaming up with Kylo, and ultimately facing Palpatine and saving the galaxy. It was epic.

I liked the Palpatine twist. It called back to the Luke/Vader angle, giving Rey some meaty drama. Also, having Palpatine be the Big Bad made for a nice, consistent story thread running through all nine movies. I know some folks liked the idea of Rey being a "nobody", and the egalitarian message it sent. But this is the Skywalker Saga. Having the main hero be a random nobody felt weird. Having Han, Luke and Leia take the granddaughter of their arch-enemy under their wings so she can ultimately face down and defeat him? That's immensely satisfying, even if it is nostalgia-bait.

It's true that RoS wasn't as overtly feminist as Last Jedi. Rey is the only female character with any meaningful amount of screen time, and the two new female characters (Zorri and Jannah) are barely more than walking plot devices. But the plot was already pretty jam-packed. Adding more would have required splitting it into two films, which Disney wasn't prepared to do. Given what they did with Leia and how heavily they leaned into Rey's story? I'm happy.

I know I said I wasn't going to rant about the movie's flaws, but there were a few things that irked me enough to mention them.

These flaws didn't really impact my enjoyment of the film, and I think that comes down to expectations. Nobody goes to Fast&Furious movies expecting realism. We know that cars and people are going to fly in ways that spit in the face of physics, but that's half the fun.

The Star Wars movies are kind of like that too. At their core, they're just kid-friendly space fantasy romps about cool space battles and space wizards fighting with laser swords. If we remember the child-like wonder we had watching these heroes for the first time, then we can have fun too.