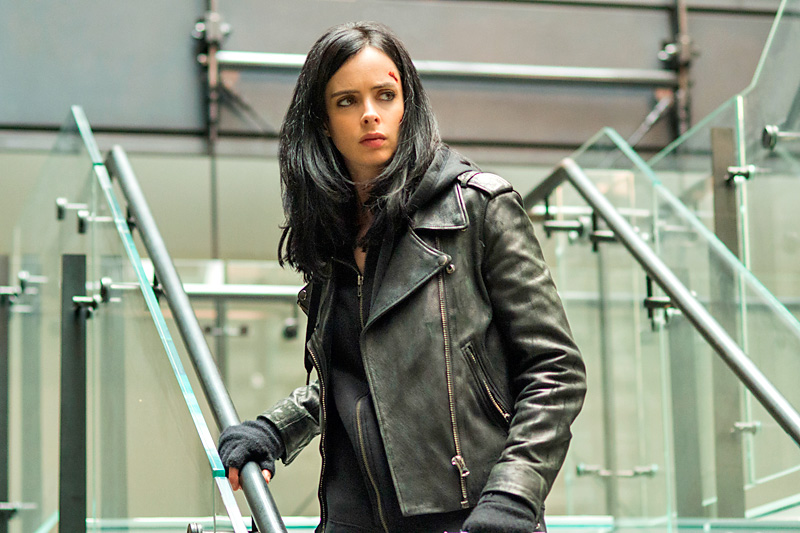 Jessica's hunt for a weapon against Kilgrave requires some hard decisions.

Being a superhero is rough on home furnishings. In just three short episodes, we've had a smashed door, a cracked ceiling, and now a bent heating pipe and a broken bed - all due to "forgot my own strength" mishaps.

It's just one of many ways in which Jessica Jones excels at portraying its characters as people. They're not out there wearing costumes and saving the world on a daily basis. They have lives, and mundane worries like how to pay for their broken door.

The show also offers an interesting take on superhero couples as it explores Luke and Jessica's budding relationship. The fascinated glee of finding someone else who was "gifted" and testing their powers. The matter-of-fact discussion of how they got them. (Jessica: "Accident." Luke: "Experiment." Both of which are just begging for more explanation, but I appreciate the show for realizing that now is not the time to derail the plot with backstory.) The teasing reaction to Jessica's stint as a superhero. It was all very grounded. 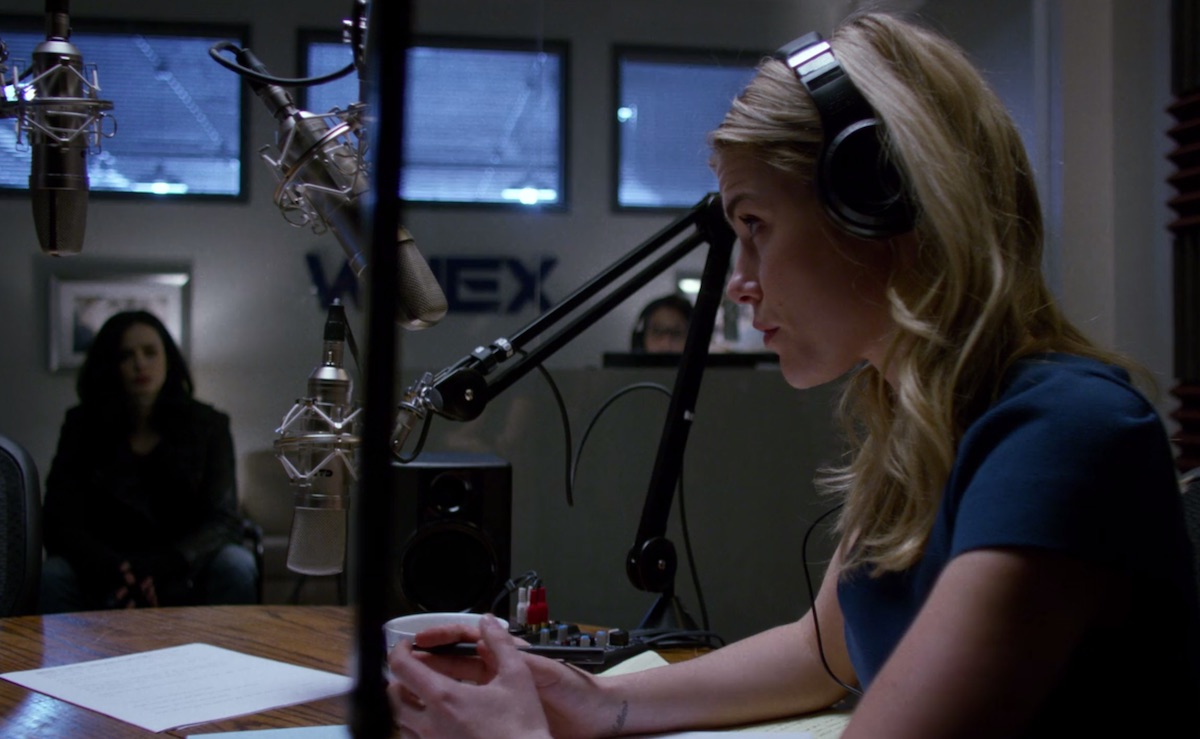 There was so much to love about Jessica and Trish's interactions in this episode, as Jessica tries to get Trish to defend Hope and Trish continues trying to be a friend.

Again the show teases out the backstory in organic morsels, showing us that Trish and Jessica were once roommates, that Trish let Jessica fight her battles for her, and that Trish has some kind of history with a teen show and comic book (which I guess is a nod to the original comic but seems a little odd here.)

Their banter over Trish's Krav Maga training ("You became a ninja?!") and Jessica's search for anesthetics ("Graduated from alcoholism?") was awesome.

Not so awesome, though, was Trish antagonizing Kilgrave on the air. That was just plain stupid, and it ended about as well as one could expect - with a big ol' target painted on Trish's back.

Side note: Hogarth manipulating Trish into defending Hope was pretty masterful. She's a crafty one.

As Jessica listens to the media rip Hope apart for her "the devil made me do it" defense, her reaction is understandably morose. "What if the devil did actually make you do it?" she wonders. "Could you forgive yourself?"

Jessica can't forgive herself. She tells Luke as much: the good doesn't outweigh the bad, which explains her willingness to do some pretty shady things to stop Kilgrave. This is evident in the scene where she's figuring out how many people she might have to hurt to get the anesthetic to stop Kilgrave. One? No problem. Two? Three? Five? At what point do the scales tip?

In the end she pulls a really jerk-ish move with her neighbor, but wasn't that still better than the clobber-the-pregnant-woman alternative? 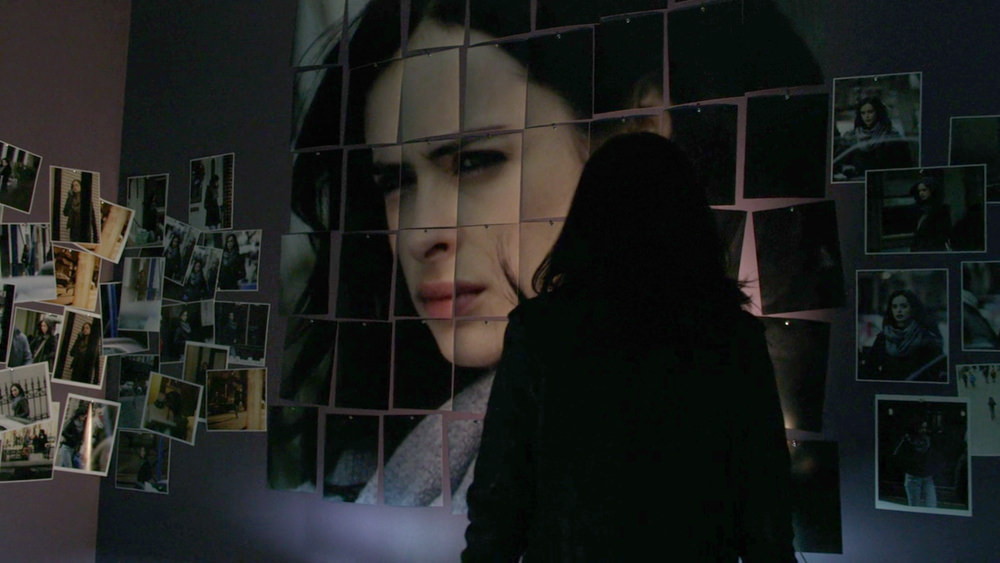 This episode finally brings Kilgrave and Jessica face to face - albeit from a distance. We see his creepy stalker shrine, with a painstakingly-crafted giant mural of Jessica. We know he doesn't want to kill her - yet - because Simpson and the drone-family both are under orders not to do her harm.

But that could change at any moment. "It's not your time," Simpson tells her. Between that and Trish's attack, I'm guessing Jessica's breakup with Luke is as much about protecting him as it is about her guilt over his wife's death.

Speaking of which... a big question raised by this ep is what exactly went down that night. Who was Luke's wife? Why did Kilgrave make Jessica kill her? How was Jessica able to break free of his hold after that? Can he still control her, or has she developed some kind of immunity?

Trish: “I hate feeling this way. I don’t know how you handle it.”

Hard to blame her for that one.

Over the Moon About Miles and Loretta