Episode 4x09 - Till Death Do Us Part recap and review.

This week, Falling Skies delivers a satisfying mix of action and human drama, and a surprising plan.

SPOILER ALERT! This recap contains spoilers for Episode 4x09 - Till Death Do Us Part

It seems strange that a wedding four seasons in the making can feel abrupt, but... well, there it was. I've been a Tom & Anne shipper from the first episode, but to see them go from being at each others' throats to exchanging vows in the span of a single episode? Jarring.

Still, there was much to love about "Till Death Do Us Part."

The Mira storyline: I'm glad the writers remembered Mira, even if the characters conveniently forgot their promise to go back for her. Her brainwashing/graduation seemed absurdly fast, but it was refreshing how the adults weren't fooled for a second. ('You just happened to stumble across us? At a Volm weapons cache? How conveeeeeenient.') Matt's naive reaction was understandable and in-character, even if we could all see it coming.

The fight at the chemical plant: One thing this season has been good for was showing that the world is more complicated than "good guy humans" vs "bad guy aliens", so I liked seeing them fight other humans for a change. Loved Weaver saving Matt, and Anne saving Tom. Loved how fast the "good guys" ran out of bullets. They're ragtag rebels, after all. The gas masks were a cool visual, but, umm... where in the world did Cochise and the team leaders get them?

Everyone calling Tom out on how crazy his moon plan was: Because yes, it was crazy, and it was nice to see the other characters being all: "Dude, are you insane?" instead of just blindly going along with it. It felt very realistic. 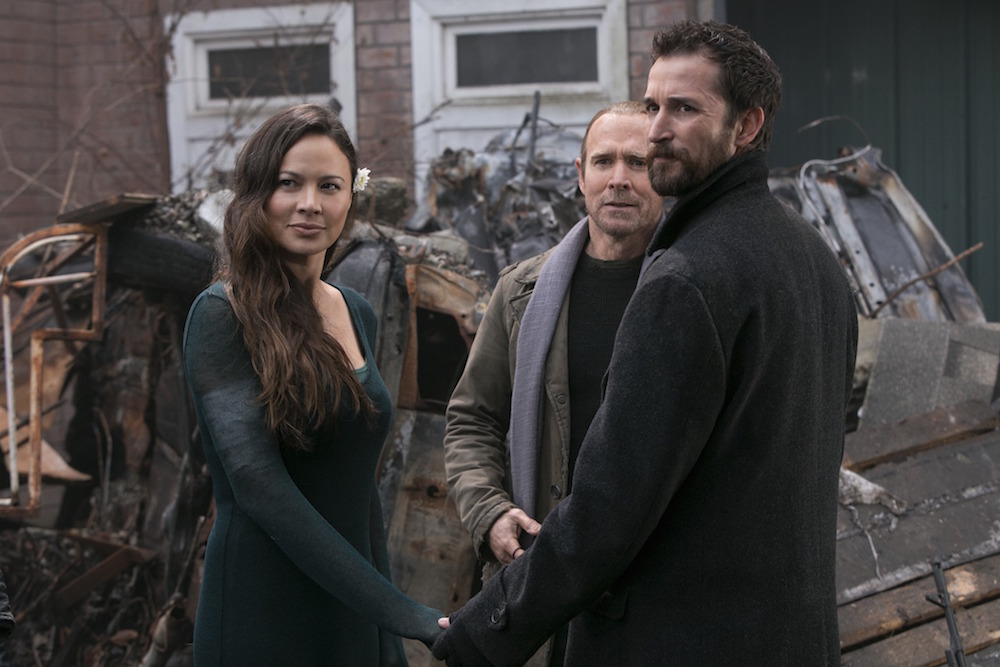 The Tom/Anne scenes: The arguments at the beginning were well done, because they both have valid points. Anne is rightly pissed that Tom will put his efforts into some hare-brained moon trip rather than trying to save their daughter. Tom is rightly pragmatic that they have no reason to believe Lexi can be saved, and need to think beyond themselves.

The best part was the proposal scene. Even if I felt it was a little sudden, it was still sweet. And the rest of that exchange was priceless, with Tom teasing Anne.

Tom (amused): "Instead of doing the smart thing, you - if my memory serves - ran out, without a weapon, without a plan, and yelled - what was it again? - 'Hey, wait'?"

Anne (embarrassed): "I didn't know what else to say."

It was shades of the old Tom and Anne banter that's been missing for quite awhile. I also liked seeing Maggie standing by Anne at the wedding, recalling their frienship from S1. And the post-apocalyptic wedding vows were amusing:

I promise to always have your back in a firefight, and I promise to try not to get killed.

Also, between the last two episodes I got some Matt/Anne and Hal/Anne moments, which I felt had been lacking. It was a very enjoyable episode.