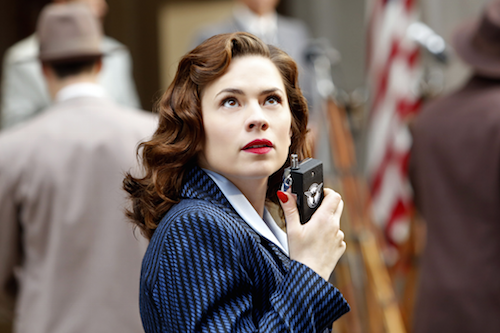 Forget the Oscars and Emmys. For geek culture, San Diego Comic-Con has become the entertainment event of the year. While SDCC is known for its major studio announcements, this year a lot of favorable buzz came from Marvel's spinoff TV series, Agent Carter.

Whether it was surprising a fan dressed in a Peggy costume or engaging in a DubSmash battle with her fellow Marvel stars from Agents of SHIELD, Agent Carter star Hayley Atwell was having a grand old time at SDCC.

In case you're not familiar with the show, here's a quick introduction. Agent Peggy Carter was introduced in Captain America: The First Avenger as a tough, smart, capable woman who was not afraid of speaking her mind or engaging in shootouts - particularly impressive qualities for a woman of the 1940's.

Sadly, as seems too often to be the case, this awesome character was given almost nothing to do in the film. She had a sweet love story with Captain America and got a few awesome lines, but that's about it.

Fortunately, her popularity was enough for Marvel to green-light her own show, the first in the Marvel Cinematic Universe to be headlined by a female character. 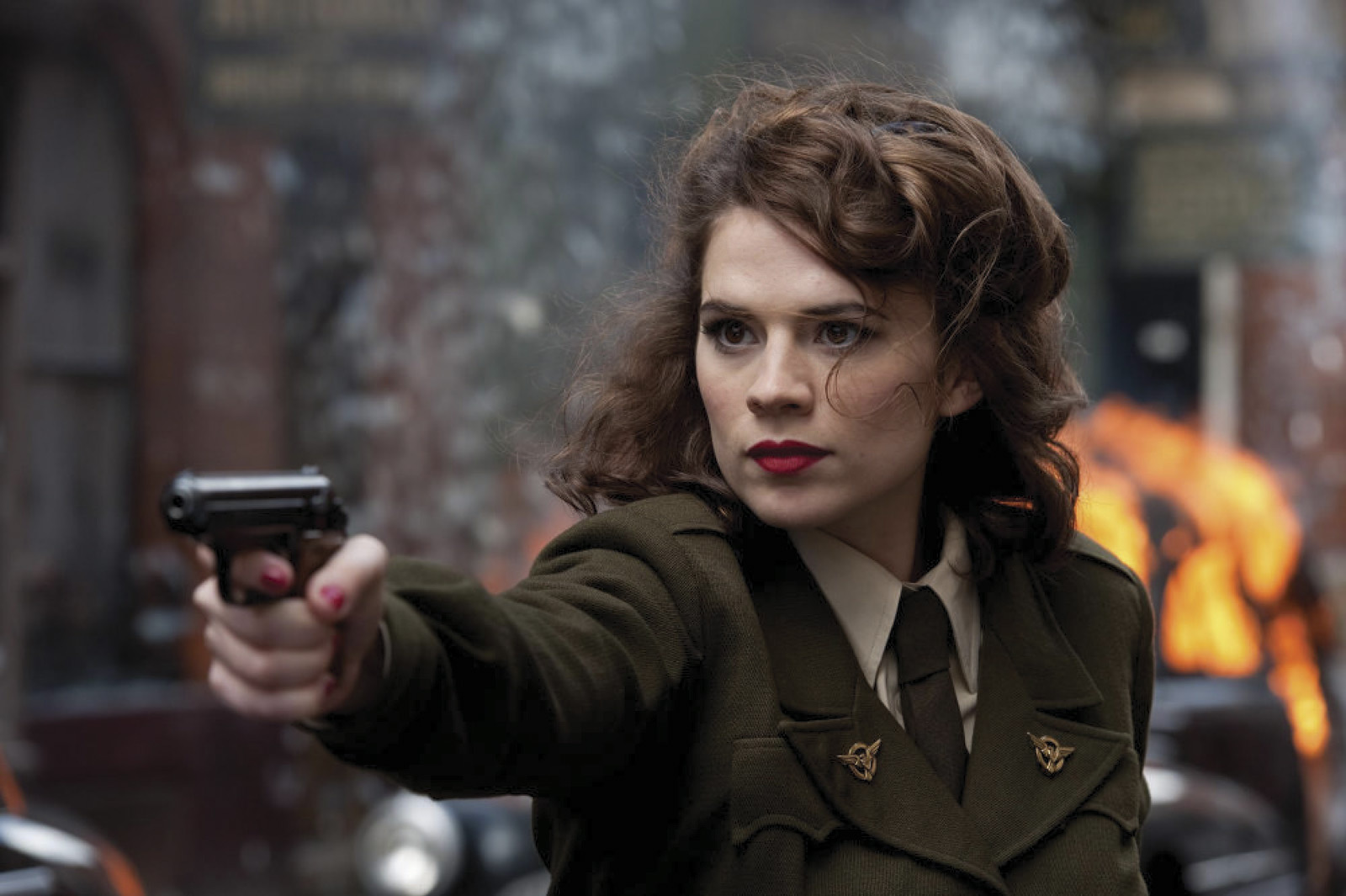 Agent Carter is set in 1946. The war is over. Captain America is presumed dead after crashing his plane in the Arctic, and Peggy is working at the Strategic Scientific Reserve (SSR), a precursor to SHIELD. Despite her experience in the war, nobody takes her seriously. They assume she got her position solely because she was Captain America's girl.

To say she faces an uphill battle would be a gross understatement, especially when she's forced to play double agent to help pal Howard Stark after he's falsely accused of treason.

Ahead of Her Time

Through it all, Peggy is allowed to show a great mix of strength and vulnerability, struggling to prove herself while also grieving over the loss of Captain America. Added bonus - she has another girl friend in the form of waitress Angie, and a witty rapport with Stark's butler, Jarvis. 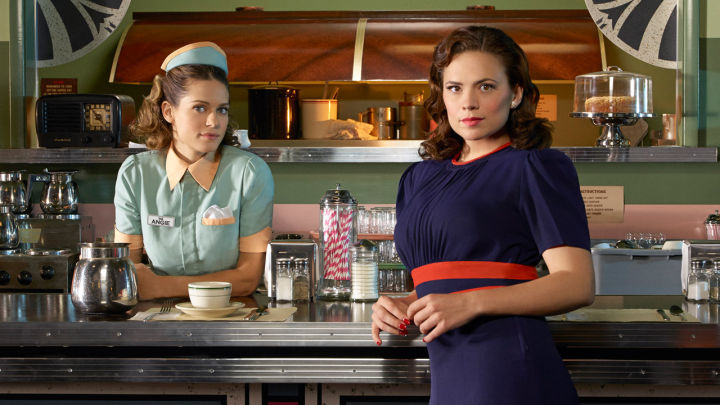 The show has a light-hearted feel that borders on campy. It's in line with the tone of Captain America and the pulp adventures of the '40s, but it still requires more than a little suspension of disbelief when tiny Peggy is constantly running around punching men's lights out without breaking a sweat.

There's a running gag where Peggy catches snippets of "The Captain America Adventure Hour" on the radio. The show amusingly juxtaposes scenes of Peggy kicking butt with her radio alter-ego "Betty Carver" wailing, "Oh, Cap, save me" in an over-the-top starlet voice.

The historically-appropriate prejudice Peggy faces may be maddening at times, but it leads to the series' best lines, like this one:

"I don't need a congressional honor. I don't need Agent Thompson's approval or the president's. I know my value. Anyone else's opinion doesn't really matter."

That's a good attitude to have in any generation.