I've always had a hard time getting into superhero movies. I can enjoy them from a popcorn-movie standpoint, but they never really resonated with me. In the sea of unstoppable aliens, billionaires, royalty, teenaged crime-fighters and talking trees (almost all male, of course), it was hard to find a character who felt like a real person; whose story I could get invested in.

Okay, Marvel, you got me. I was so looking forward to the movie that I even dragged my kids to see it opening weekend. (Side note: They really loved it, and I was quite pleased for this to be their first foray into superhero films.) 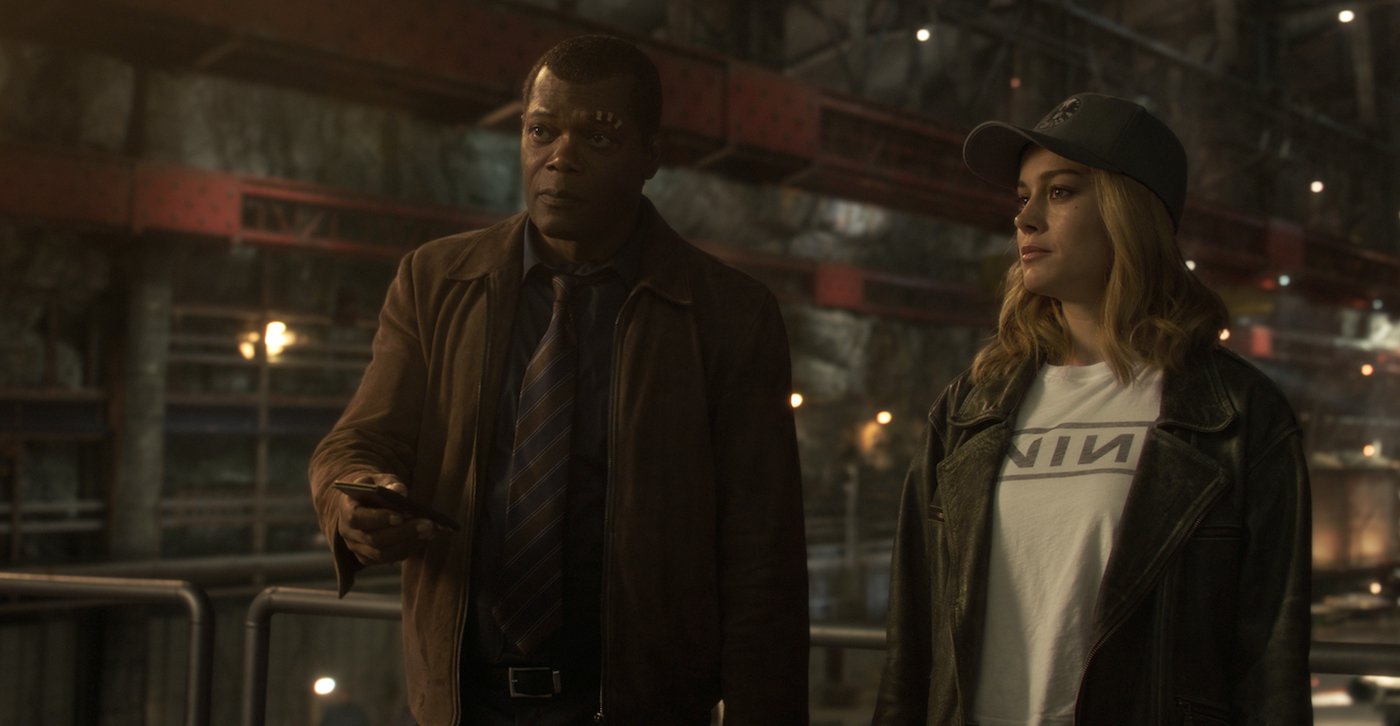 There were many great things about the movie.

What I loved best, though, was that Carol was a hero before she was a superhero. Despite all the flaming hands and flying and everything, Carol's real superpower was her determination. All those times she was knocked down and got back up throughout her life - that was ultimately what led to her big hero moment. 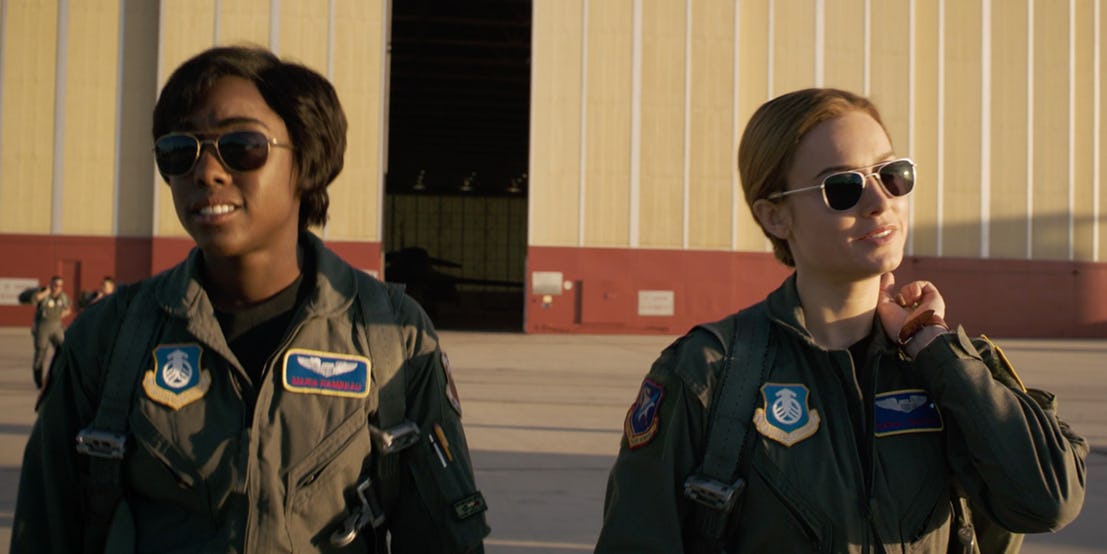 And the moment when Jude Law (I never did catch his character's name) squares off with Carol, egging her on to fight on his terms, and then she just blasts him and says, "I have nothing to prove to you." Hah! That was so awesome.

The movie was not without its flaws, though.

I really think they lost a lot by telling the bulk of the 'origin' story in flashbacks. Pre-superpower Carol was awesome. I would have liked to see more of her character fleshed out before her mutation, and more of her relationships with Rambeau/Lawson. Plus, that whole segment at the beginning when Carol fights with the Kree felt very disconnected from the rest of the story. Who are all these people and why should I care? is not the best way to start a movie.

The acting choices left something to be desired, too. Don't get me wrong - Brie Larson is an amazing actress. The Room and Short Term 12? That lady can emote. And Flash Fire shows she can do darkly-comedic action too. We see some of that spark in Captain Marvel when Carol is with the Rambeaus, but for the most of the movie she comes across as borderline robotic. It was clearly a deliberate choice, but it seemed pretty jarring to me.

My final quibble is with Marvel itself. They were trying so hard to make a 'super important feminist superhero movie' that they felt the need to club us over the head with the messages. Sure, I had a gleeful little moment when Carol starts kicking butt to the tune of "Just a Girl", but by that point in the movie it felt like: "Okay, okay, we get it! She's empowered! Please stop!"

It was a stark contrast with last year's Wonder Woman, where the messages of empowerment were woven much more organically into the story.

On the flip side... I may poke at them a bit for trying too hard, but at least they're trying. That's a start.

How to Train Your Dragon 3 Review